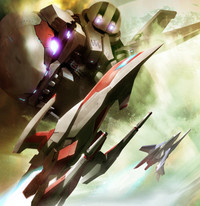 The Darius shoot 'em up series has a storied history behind it that started in 1986. The horizontal-scrolling action is getting ready to return with Darius Burst: Chronicle Saviours, which Chara-Ani and Pyramid announced for a winter release on PlayStation 4, PS Vita, and PC.

Chronicle Saviours takes arcade entry Darius Burst: Another Chronicle EX and adds in new content in the form of modes, bosses, and background music. Up to four people will be able to play on the PS4 version, while the PS Vita version is single-player and PC hasn't been detailed yet.

You can see some of the history that brought us to this point, as well as footage from the latest console and PC entry below.