"Fate/Extella" Clips Charge into Battle with Jeanne d'Arc and Iskandar 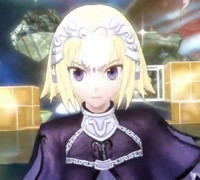 The final two Servants were recently unveiled for Fate/Extella: The Umbral Star, but now it's time to circle back around and see a couple more previously-revealed characters in action. Check out Marvelous' clips for Jeanne d'Arc and Iskandar below.