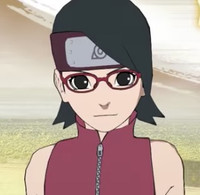 Last week we saw the hero of Naruto Shippuden: Ultimate Ninja Storm 4's Road to Boruto expansion in action, and now it's time to move on to another new contender. Sarada Uchiha is up to the plate this time, so check out some of her moves as she throws down against her father and other characters in the video below.

Road to Boruto launches as DLC and a standalone release on February 3.