PS Vita and PC release launches in Japan on April 27 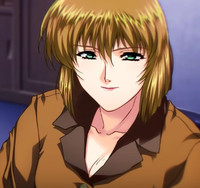 We previously got a peek at the remastered version of 1994 visual novel Desire back in December, and El Dia is back to show more of its new look. Desire: Remaster Version features updated visuals, as well as new scenes and animations, more of which is on display in a preview of the opening.