"It" Director Tapped For "Robotech" Adaptation

James Wan was previously a favorite, but he became committed to Aquaman 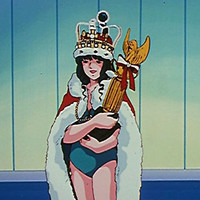 According to Hollywood Reporter, Andy Muschietti, who directed the upcoming film version of Stephen King’s It, has been tapped to develop and helm the Sony adaptation of Robotech. James Wan was previously a favorite, but he became committed to Aquaman.

Muschietti's sister/creative partner Barbara Muschietti will join Gianni Nunnari and Mark Canton in producing the project. The project is said to be a fast moving, high priority for Sony - which means they aim to find a writer quickly... it currently doesn't have one.