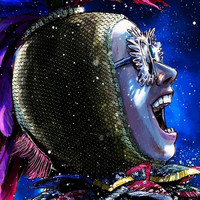 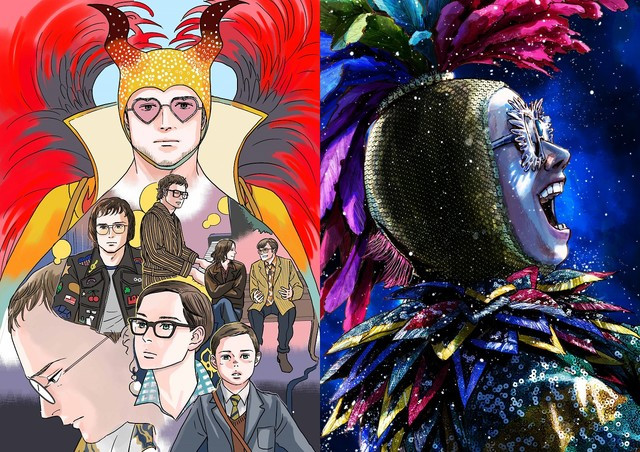 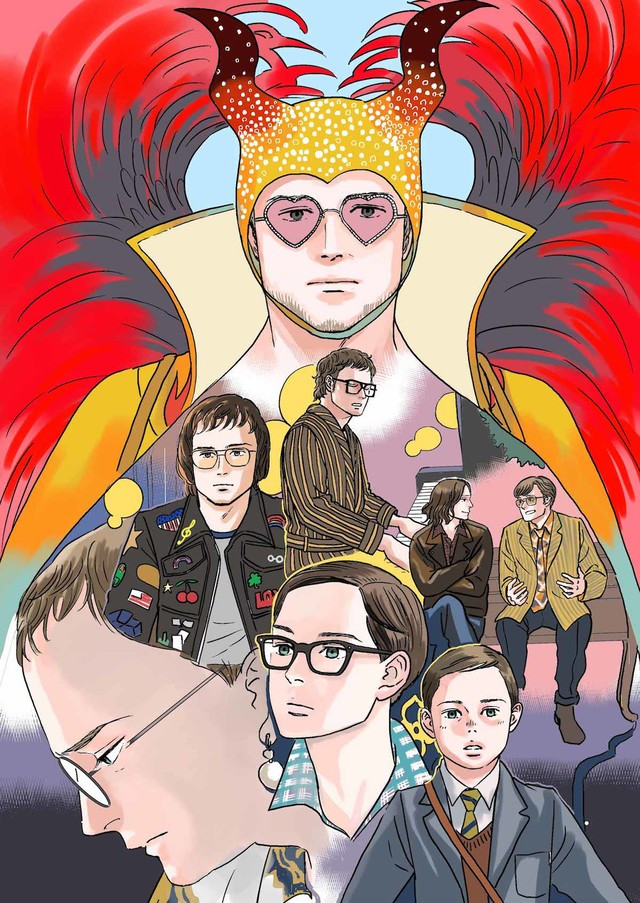 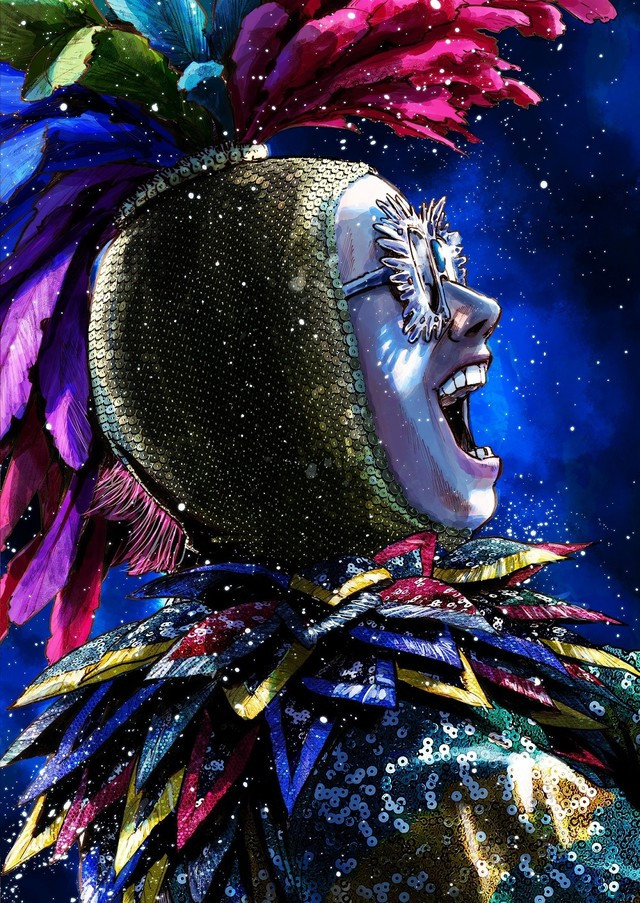 Inio Asano's poster (above), on the other hand, focuses on Elton John performing at the height of his popularity in one of his most flamboyant stage costumes.

Both Kodama and Asano offered their opinions on why they think Elton John's music has been a hit internationally, stating that there's a great and terrible beauty in the contrast between the performer's colorful stage presence and the inner turmoil he has struggled with behind-the-scenes. Kodama compared this contrast to a lotus flower, while Asano used a metaphor involving shadows and light revealing a greater truth.

Rocketman is directed by Dexter Fletcher and distributed by Paramount Pictures, who describe the story of the film as follows: