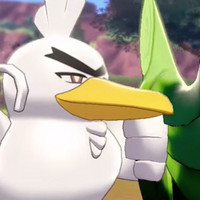 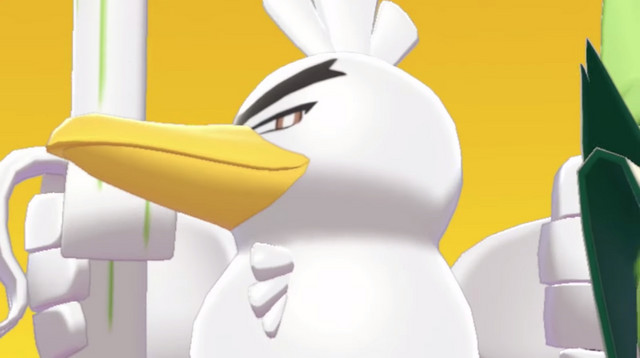 As reported yesterday, a mysterious new Pokémon was trying to announce itself through the official Pokémon website. Fellow writer Kara guessed that it may be a MissingNo. quirk in the site’s programming, but according to the official Pokémon Twitter account, it was just a stray Rotom messing up the code. Silly Rotom!

When the Rotom was exorcised from the website, the blurry mess became clear. The newest Pokémon in Pokémon Sword is Sirfetch’d, a knighted, Galarian-evolution, of Kanto-native Pokémon Farfetch’d.

The official text for the Pokémon reads:

Only Farfetch'd that have survived many battles can attain this evolution. When this Pokémon's leek withers, it will retire from combat. 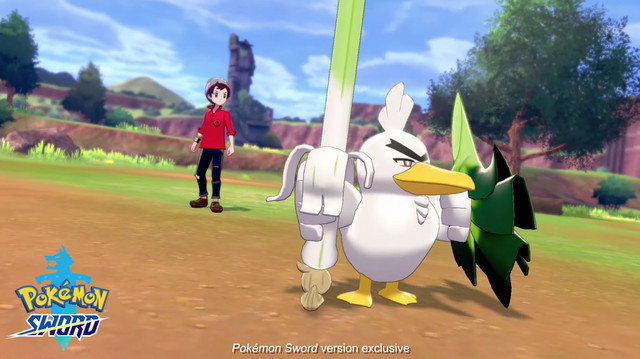 Sirfetch’d is a fighting type Pokémon exclusive to Pokémon Sword. It comes with the ability Steadfast which increases the speed stat of the Pokémon when flinched. The new move Meteor Assault was shown off with the reveal and is so powerful, the Pokémon that used the move has to recharge – much like Hyper Beam.

Pokémon Sword and Shield will be available on the Nintendo Switch worldwide on November 15.