Test Your Powers of Deduction in BEASTARS x One Night Werewolf 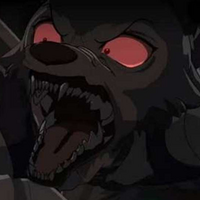 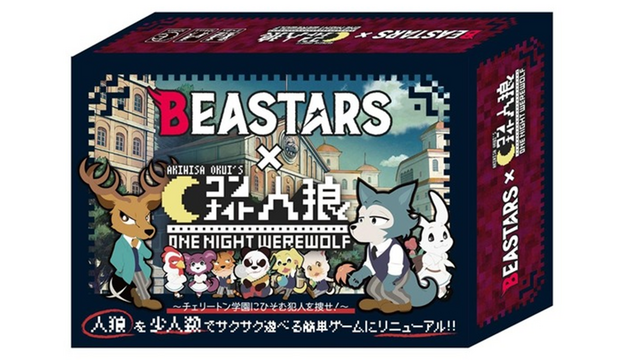 Akihisa Okui's One Night Werewolf gave a classic game of deduction a streamlined gaming style and a classy facelift. Since then, new themed editions have been coming out regularly, with the newest (appropriately enough) letting you take on the roles of the students of BEASTARS!

In the classic strategic game of Werewolf, players take on the role of "villagers," voting out one member of their group per day to be eliminated on suspicion of being a werewolf. During a "night" round, the werewolves awaken and are given an opportunity to retaliate. The game is over either when the werewolves are exterminated or the villagers are depopulated to a point where they can't win.

Okui's version streamlines the game further, with single "Day" and "Night" rounds and more basic winning conditions. The plot just so happens to fit neatly to the conflict of BEASTARS—meaning that in the new game, players are attempting to find and eliminate the school's hungry killers. 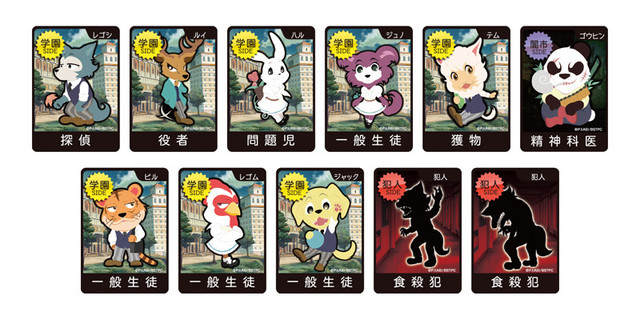 The cards feature chibi art of Legoshi, Louis, Haru, and other familiar members of the cast. Like the standard version of One Night Werewolf, there are special roles: Legoshi fills the "Seer" role (now called "Detective"), who can learn the identities of players and use that knowledge to help the villagers (or, in this case, Students). Louis and Haru are "Troublemakers," who can switch other players' cards (and thus roles).