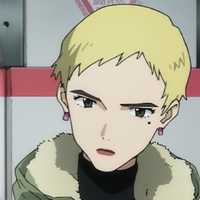 Amid the celebrations for the 25th anniversary of the Evangelion franchise, director Hideaki Anno posted a statement on the official Twitter account for studio Khara discussing the current situation of Evangelion: 3.0+1.0: Thrice Upon a Time and to reminisce on the first piece of production of Evangelion, a proposal dated September 20, 1993.

The (corrected) statement in the Tweeted image reads:

"It's been a quarter of a century since the start of the series, and it's already passed five years since the year the series was set in. The flow of time goes so fast. I've been working on Eva since I first wrote the proposal in 1993. I never thought I'd last 27 years, but now it's at the end.

It's my own fault that it's taken me so long to complete this project, but the reason it's continued to this point is thanks to all the fans. Once again, I appreciate your support.

Society and being in the office is difficult at the moment because of the coronavirus, but I'll do my best as the film nears completion.

The corrected tweet draws attention to the fact the D-part of the film is 41 minutes long, which is a decent chunk of time for a section of an anime film. A tweet on Khara's second Twitter account noted that Evangelion: 3.0+1.0 may have over a 2-hour runtime (and that theaters might not like that due to the limited amount of screenings per day for longish films).

As of October 2, 2020, the team at Khara was on the 'rush check' (final checking of the animation before being sent to editing) of the D-part, which means the film is uncompleted and has a little more baking to do in the LCL.

Evangelion: 3.0+1.0: Thrice Upon a Time was scheduled to be released on June 27 in Japan but "due to the unprecedented situation in Japan and overseas due to the spread of the new coronavirus infectious disease (COVID-19)"  was delayed to an unannounced time.