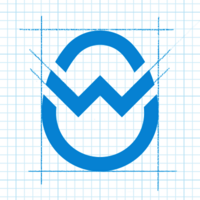 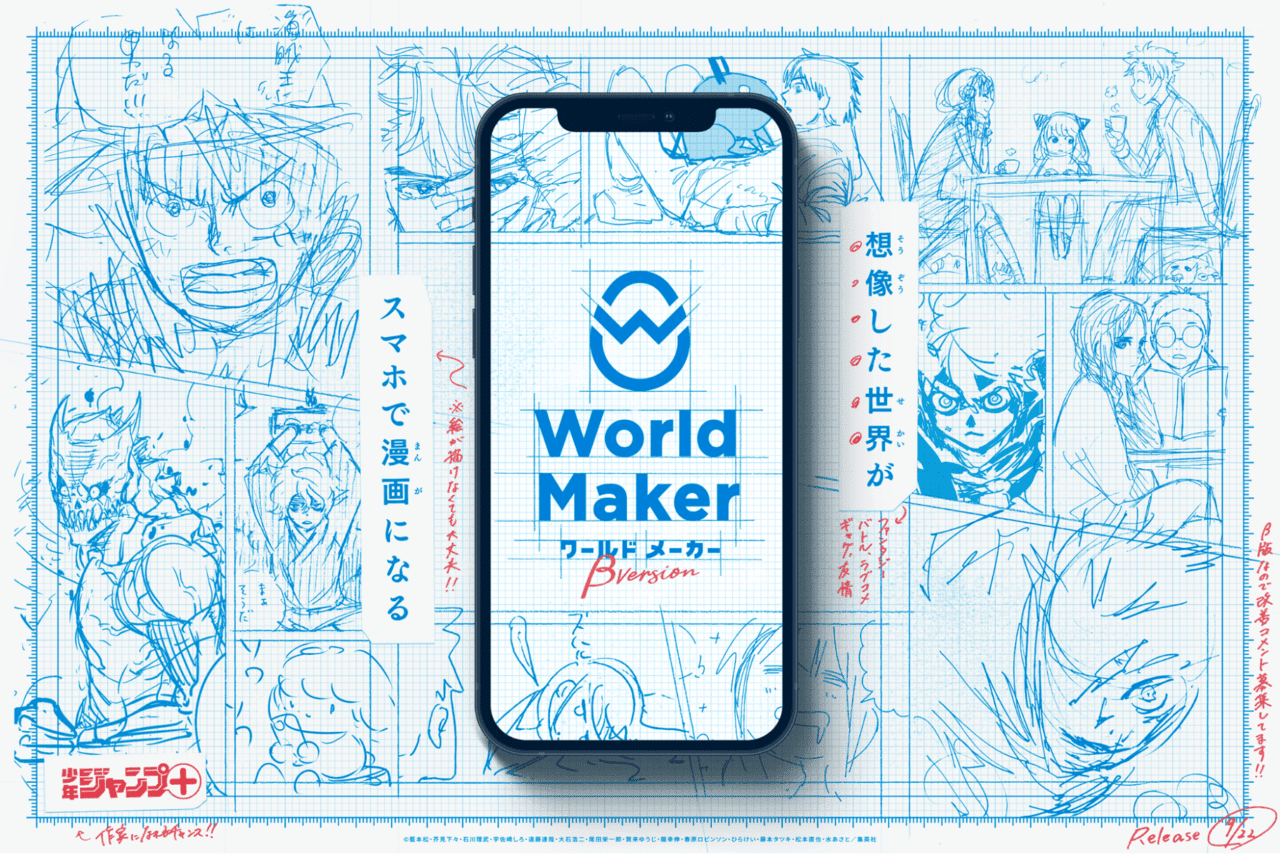 Shueisha, in association with Shonen Jump+ is launching a very unique smartphone app developed by Japanese developer Kayac Inc., under the conceit that what drives away many from attempting to draw manga, even as a hobby, is the perceived difficulty in drawing characters and making all of the elements of a manga come together, such as backgrounds, speech bubbles, effects and page layoits. With the forthcoming launch of the World Maker app beta, Shueisha is not only aiming to open up manga creation to anyone with a smartphone, they're also aiming to find the next undiscovered talent with a contest that will feature Romy Oishi or Shiro Usazaki illustrating the winning entry created with this one-of-a-kind app. 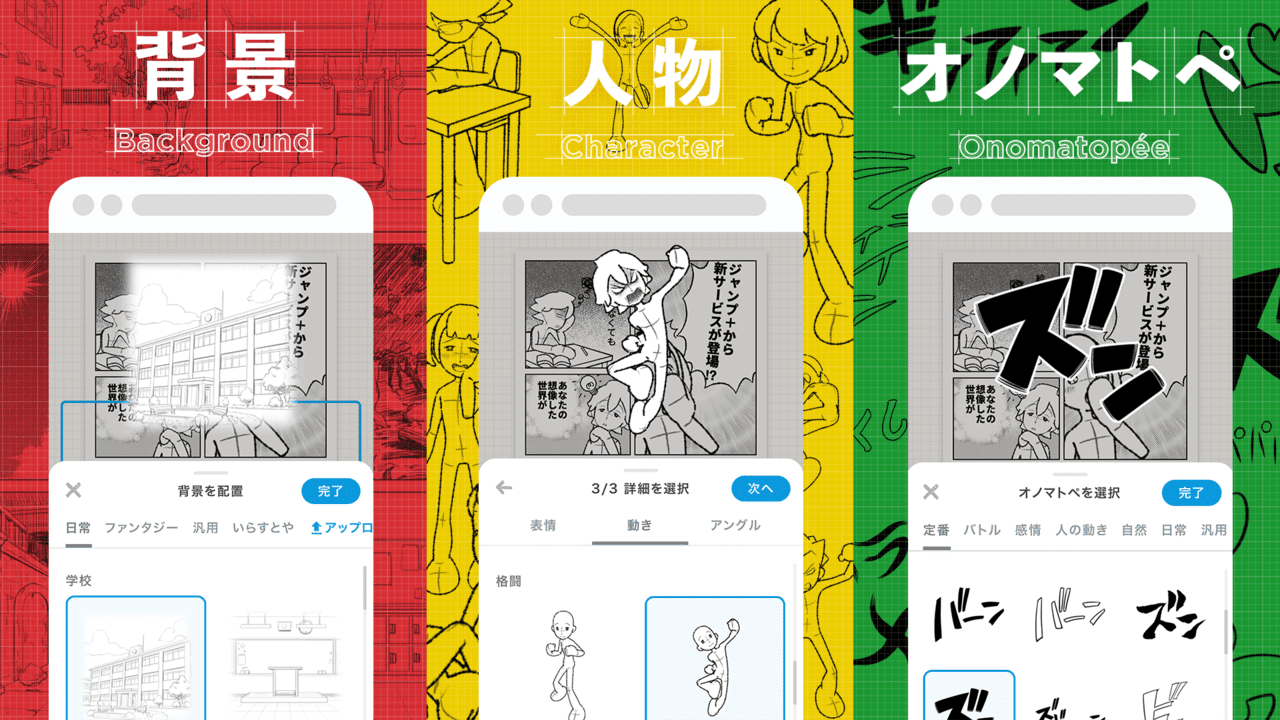 The World Maker app, even in its Beta version will allow anyone with a smartphone or tablet the ability to create their own fully fledged short manga by breaking down the process into easy to understand steps and using preset templates for each step. The first step is dialogue, the next step is selecting characters, the next, backgrounds and so on and so forth until the manga is complete. The template count varies on the step in question, but the app features an average of hundreds of selections for each major element. However, as this closed Beta will not be available until September 8th and requires following the official World Maker Twitter account until registration closes on September 5th, it will be difficult for many to see what the app truly entails until the Open Beta begins on September 22nd. 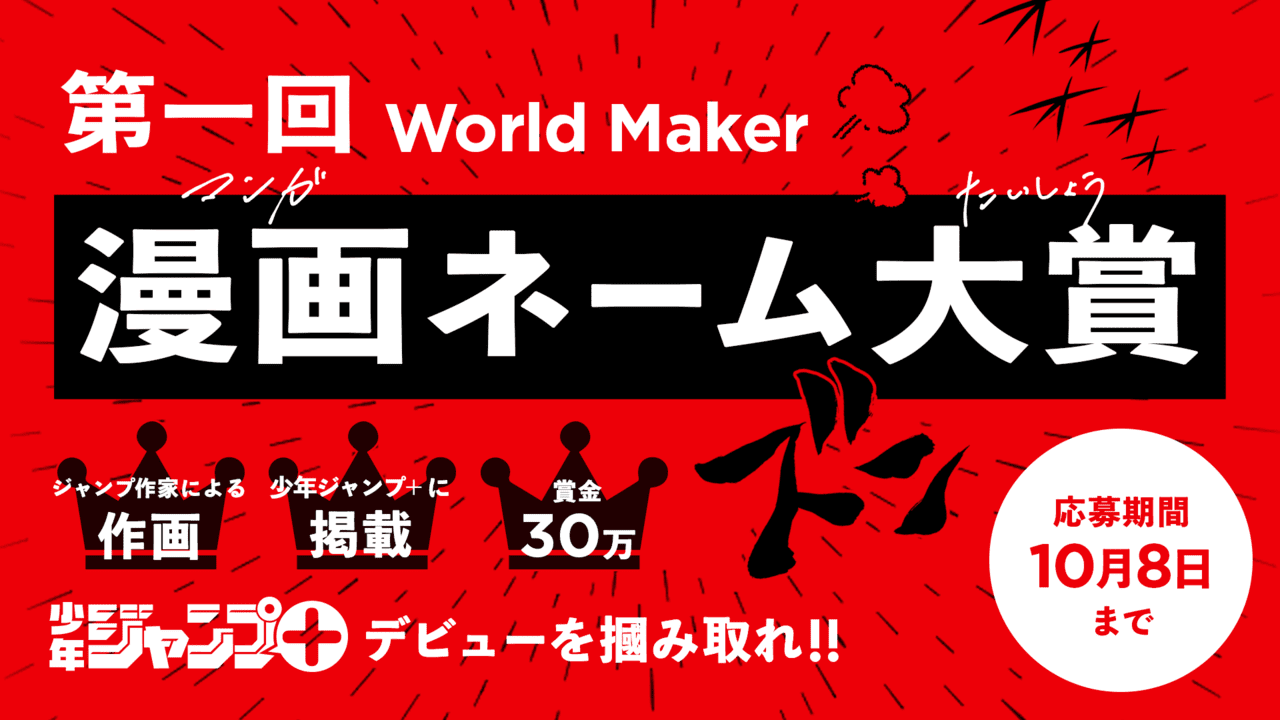 Finally, to celebrate the launch of the Beta, Shueisha and Shonen Jump + have announced a contest in the World Maker Name Award where the winning entry submitted via the app's social media tools and official hashtags will be illustrated by either Romy Oishi or Shiro Usazaki and a prize package worth ¥300,000, including a feature in the Shonen Jump + app. The contest runs from September 8th to October 8th  with prize announcements in December. The judging panel set between Oishi, Usazaki and the editorial department of Shonen Jump+ . Below a trailer detailing many of the app's features: