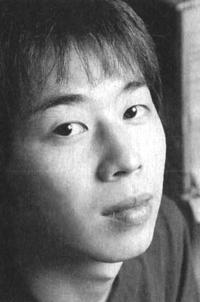 Kishimoto's first work as a manga artist was Karakuri, which he submitted to Shueisha in 1996. In 1999, Naruto was serialized in Weekly Shōnen Jump, winning its monthly "Hop Step Award". Naruto is still ongoing, with more than 45 volumes and just over 40 released in English, and has sold over 71 million copies in Japan and over 93 million copies worldwide as of volume 36, also being adapted into two successful anime series. The Naruto manga series has become one of Viz Media's top properties, accounting for nearly 10% of all manga sales in 2006. The seventh volume of Viz's release became the first manga to ever win a Quill Award when it claimed the award for "Best Graphic Novel" in 2006.

In his interviews and exclusively in the Naruto manga, he commonly mentions his deceased plant, Ukki-kun. According to Kishimoto, the first time he had an office plant, due to missing the country atmosphere, he fed it undiluted plant food. He continued purchasing several other plants afterwards, but many of them perished.

When Kishimoto was originally creating the Naruto series, he looked to other shōnen manga for influences while attempting to make his characters as unique as possible. Kishimoto cites Akira Toriyama's Dragon Ball series as one of these influences, noting that Son Goku, the protagonist of Dragon Ball, was a key factor when creating Naruto Uzumaki due to his energetic and mischievous personality. To complement the character Naruto, Kishimoto worked on creating a rival that was a "cool genius", as he believed this was "the archetypal rival character". After reviewing different manga for ideas, he ultimately developed Sasuke Uchiha. When creating the primary heroine,of vegeta Kishimoto admitted, "I don't have a definite image of what a heroine should be". He eventually created Sakura Haruno, emphasizing "her energy and flirtatious spirit" as her primary characteristics. These three characters would be the mold for the other three main Naruto teams. For Kishimoto, Sasuke remains the most difficult character for him to draw. While drawing, errors and mishaps commonly result in Sasuke's youthful appearance being lost, a result of Kishimoto's inexperience in drawing characters mature beyond their years. Despite the time and energy Kishimoto spends drawing Sasuke, Sasuke has become his favorite character to draw.

When drawing the characters, Kishimoto follows a five-step process that he consistently follows: concept and rough sketch, drafting, inking, shading, and coloring. These steps are followed when he is drawing the actual manga and making the color illustrations that commonly adorn the cover of tankōbon, the cover of Weekly Shōnen Jump, or other media, but the toolkit he utilizes occasionally changes.[9] For instance, he utilized an airbrush for one illustration for a Weekly Shōnen Jump cover, but decided not to use it for future drawings largely due to the cleanup required.

When Kishimoto was creating the setting of the Naruto manga, he initially concentrated on the designs for village of Konohagakure, the primary setting of the series. Kishimoto asserts that his design for Konohagakure was created "pretty spontaneously without much thought", but admits that the scenery is based on his home in Okayama Prefecture. Kishimoto created Konohagakure without specifying a specific era or location in the real world, noting that the village is "just a place in [his] head". Without a specific time period, Kishimoto included modern elements in the series such as convenience stores, but specifically excluded projectile weapons and vehicles from the storyline. For reference materials, Kishimoto performs his own research into Japanese culture and alludes to it in his work. In an interview, he commented that he "often visits Japanese gardens and [goes] to Kabuki performances" for reference material.

Kishimoto added that, as Naruto takes place in a "Japanese fantasy world," the creator has to "set certain rules, in a systematic way" so that he could easily "convey the story". Kishimoto wanted to "draw on" the Chinese zodiac tradition, which had a long-standing presence in Japan; the zodiac hand signs originate from this. Regarding technology Kishimoto said that Naruto would not have any firearms. He said he may include automobiles, aircraft, and "low-processing" computers; Kishimoto specified the computers would "maybe" be eight-bit and that they would "definitely not" be sixteen-bit.