“3D anime is bad!” say the people. And to be fair, there are more than a few CG-animated duds out there. But you know what anime looks awesome in 3D? JoJo’s Bizarre Adventure. Those 3D-animated openings are honestly the highlights of the show. Considering all the epic moments in the series itself, I’m not praising those openings lightly.

What makes those 3D openings work so well? If I had to put my finger on it, I’d say that it applies all the cool things about 3D animation to comic book art. There are constant 3D camera movements and super detailed character models, but they’re juxtaposed with images of literal comic book panels. Combine the animation with quick cuts and highly contrasting colors and it really does look as if the characters are jumping straight out of the pages of a comic. 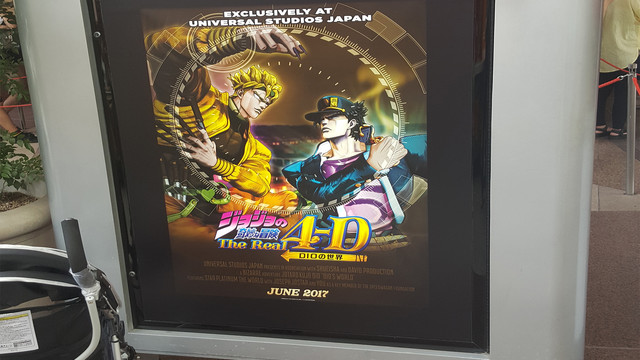 If you’re in Osaka, you can actually experience JoJo’s Bizarre Adventure in 4D at Universal Studios Japan. The attraction, called “JoJo's Bizarre Adventure: The Real 4-D Dio World,” is part of a bigger event called the “Jump Summer,” which showcases other anime like Dragon Ball, One Piece, and Gintama.

The basic point of 4D is that you get to experience physical sensations as you watch the action onscreen. For example, your chair will vibrate or you’ll feel water spray over your body at times. When a character bleeds, for instance, it’s like you can feel their blood splattering over you. This all makes the whole experience that much more immersive, even if it does sound a bit morbid on paper.

The story of “JoJo's Bizarre Adventure: The Real 4-D Dio World” is a recreation of the Jotaro vs Dio fight in Stardust Crusaders, only with a few noticeable tweaks to make it more interactive. The audience is given 3D goggles and told that these “special” goggles will allow even normal people to see Stands, the supernatural avatars that do the bulk of the fighting in the JoJo universe. The audience is also told that they’re a member of a special ops unit and that they’ll be using their gun to help out in the battle. That part is really just a gimmick since the audience doesn’t have to do anything to advance the story, and a lot of the film is shown through Jotaro’s point of view anyway, but it does bring a fresh level of engagement to a familiar story.

The 3D animation is also a significant step up from the anime openings. The Stand battles are animated with so much detail that you almost feel like you’re getting punched when one of them takes a hit. Also, the 3D models themselves are a lot more refined than the ones in the TV anime. Snappy editing and transitions helped smooth over some occasionally clunky movements in the TV anime openings, but the 3D animation at Universal Japan moves seamlessly. In short, it’s amazing.

I’d recommend “JoJo's Bizarre Adventure: The Real 4-D Dio World” to anyone, except it’s one giant spoiler for Stardust Crusaders arc, and they don’t even bother warning you about it. In fact, when you first walk in, Joseph Joestar briefs you about all the details of Dio’s powers before you even see them in action. So yeah, don’t watch this if you’re not familiar with Stardust Crusaders. But if you’re a JoJo fan, this is a must watch. 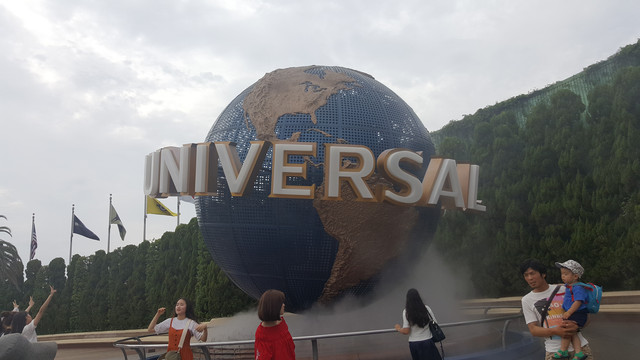