Six faces, six decades. How has the Osomatsu franchise changed over the years? 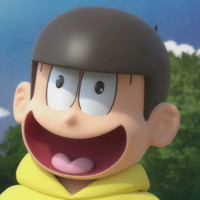 You'll struggle to find an anime fan these days who doesn't know the name Mr. Osomatsu. This reboot of a classic Showa-era comedy has grown from a quirky sleeper hit into an international phenomena. However, its timely revival wasn't a fluke – there was a method to its madness. With the second season of Mr. Osomatsu underway and airing on Crunchyroll, I'll be delving into the franchise's roots to look at how these unemployed sextuplets made it big. 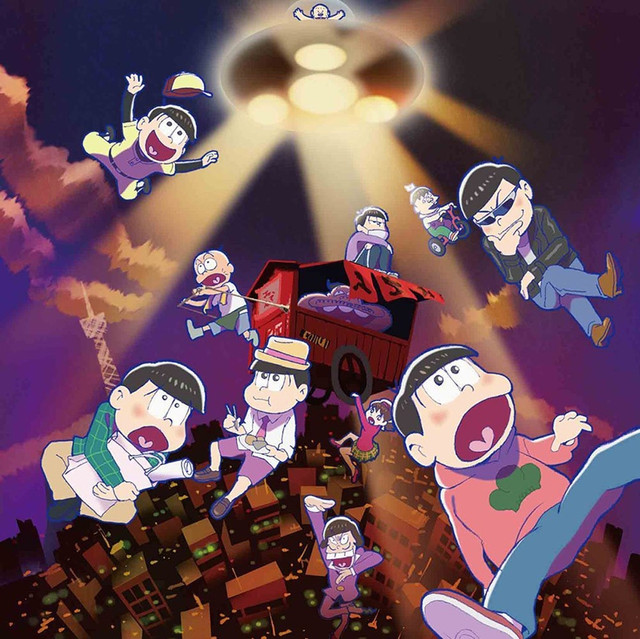 Up until recently, Fujio Akatsuka's Osomatsu franchise was an obscure name in the West. Akatsuka’s Osomatsu-kun was a gag comedy manga originally serialized in Weekly Shounen Sunday from 1962-1969, but continued its run up until 1990 in other magazines – amassing a total of 34 volumes by its completion. The manga revolved around a group of sextuplet brothers that many will know by their names. The now-beloved NEET virgins, Osomatsu, Karamatsu, Choromatsu, Ichimatsu, Jyushimatsu and Todomatsu were once rowdy children who caused mischief and mass-mayhem around their small village. Along the way they were joined by an ensemble of quirky cast members, including a self-proclaimed French conman called Iyami and an oden-loving boy named Chibita, who served as a rival to the Matsu brothers.

Due to the manga’s popularity and commercial success, Osomatsu-kun received not one, but two TV anime adaptations in 1966 and 1988, respectively. The first TV anime, Osomatsu-kun (1966), was produced by Studio Zero and aired alongside the manga’s original serialization for 60 episodes. As the Osomatsu-kun manga continued well beyond the original anime’s run, it eventually grew into a cultural icon for the Japanese, with many of its cartoony characters becoming household names. This led to the production of a second anime series by Studio Pierrot, Osomatsu-kun (1988), which ran for 88 episodes. The second anime series was considered a departure from the original and even Akatsuka’s manga, as it focused predominantly on the schemes of Iyami and Chibita, while pushing the Matsu sextuplets to the background. Despite that, Osomatsu-kun (1988) was extremely well-received by fans of the original, with Iyami and Chibita becoming the most popular characters in the franchise. At the height of the franchise’s popularity, Iyami’s trademark pose of stretching his arms and legs and shouting "Sheeeeh!" was mimicked by numerous celebrities, including The Beatles!

But all good things eventually come to an end, with Osomatsu-kun’s second TV anime ending in December of 1989 and the manga's completion. As the years went on, the franchise slowly faded to the back of people’s minds. For 25 years the Osomatsu-kun franchise did not see the emergence of any new stories, with author Fujio Akatsuka’s death in 2008 sealing the sextuplets as relics of the past. 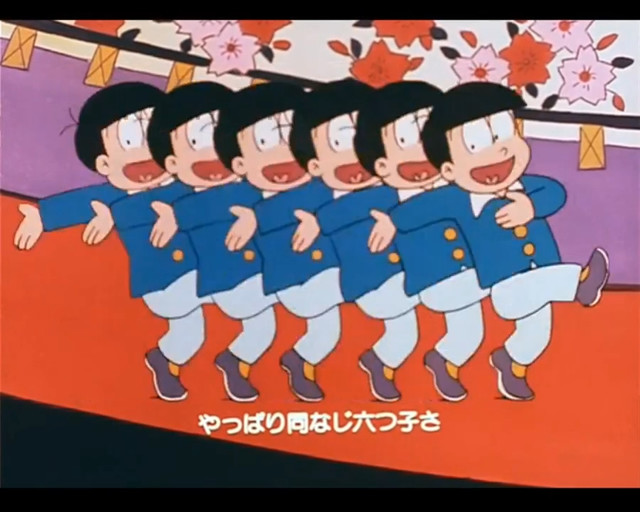 But much to everyone’s surprise, in 2015 – the year which would be celebrating Akatsuka’s 80th birthday – Studio Pierrot announced a new Osomatsu project, titled Mr. Osomatsu. This new TV anime was intended to be a complete franchise reboot, featuring the same cast of characters from Osomatsu-kun as adults. While there were longtime fans of Osomatsu-kun that happily jumped on board to see their beloved characters again, many of Mr. Osomatsu’s viewers were completely new to the franchise. To the current generation of anime fans, Osomatsu-kun was neither a household name nor a cultural phenomenon that they grew up with. As such, it truly seemed as if Mr. Osomatsu was destined to become a niche anime series – only to be viewed by longtime fans or those looking for something off the beaten path.

However, the year of Mr. Osomatsu was certainly one with more surprises in store. Within weeks of the show’s first episode, it was already producing thousands of pieces of fan art on Pixiv – most of which were of the sextuplets. This was only the beginning of Mr. Osomatsu’s claim to fame, as the fan response continued to grow with time. When the show’s first Blu-ray & DVD sets were released, people were shocked that such a seemingly obscure franchise had suddenly claimed the top spot of best-selling anime. Mr. Osomatsu sold an incredible 79,000 units between its Blu-ray & DVD releases (50,000 more than the second place anime).

Certainly this was a phenomena that most anime fans couldn’t have predicted, especially given how recent vintage franchise reboots such as Yoru no Yatterman fared financially. So what made Mr. Osomatsu such a commercial success and how was it able to use the foundation from its predecessor Osomatsu-kun to win the hearts of many anime fans across the globe? To answer that question, I’ll be looking at the style of humor in Osomatsu-kun (1988) and how its spiritual successor, Mr. Osomatsu, altered the franchise’s formula to appeal to a contemporary audience. 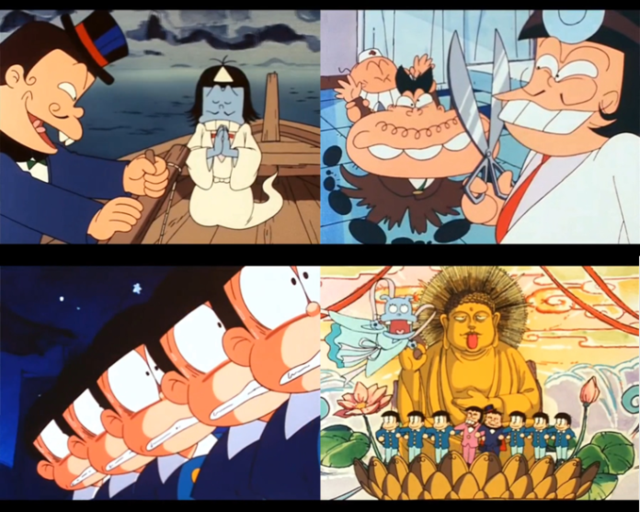 The 1960s through the 1980s were a time of rapid economic growth in Japan, as the country slowly rose from the ashes into one of the world’s largest economic superpowers. While the scars of the Second World War still hadn’t healed, the tail-end of the Showa era was a time of financial prosperity for Japan’s people. The middle-classes enjoyed an influx of new forms of entertainment such as foreign films and home gaming consoles. Advancements were made to medicine and housing to promote a better quality of living and support the aging population while unemployment rates remained low throughout. This was the socio-economic reality in which Osomatsu-kun was conceived; a period of hope and prosperity.

Good times warrant good laughs, and Osomatsu-kun provided no shortage of those for audiences during its run. Its 1988 remake was an exceptionally goofy show, with an approach to comedy reminiscent of many Western cartoons of a similar vintage or even Charlie Chaplin slapstick comedies. A standard plotline in Osomatsu-kun (1988) would usually involve the two leads, Iyami and Chibita, trying to devise a ploy to con the residents of their small village and become filthy rich. They would don ridiculous disguises, impersonate doctors and ballet dancers and get away with their dirty deeds until something went horribly wrong. It was usually the Matsu brothers who would cause Iyami and Chibita’s downfall, as they’d meddle in their affairs, smoke out their schemes, or just contribute to the chaos in the process. While episodes started out peacefully, by the end the town would be left in shambles with characters covered from head to toe in soot from explosions. But in the spirit of fun, by the next week, everyone was totally fine again.

With an episodic narrative and the sky being the limit for wackiness in Osomatsu-kun (1988), the staff at Studio Pierrot often crafted stories that featured the characters in alternate universes. The series was a slapstick gag comedy at heart and character development, while still present, wasn’t its primary goal. As a result, there was little consequence to removing the cast from reality and having them play roles that didn’t always suit their personalities. One alternate universe depicted the characters in Feudal Japan while another was set in 20th century Europe and had the cast paying homage to the Western cartoon Wacky Races. Osomatsu-kun was very much a show that indulged in absurdity for laughs, with a cast of characters that literally and figuratively changed costumes to stay fashionable at the party. 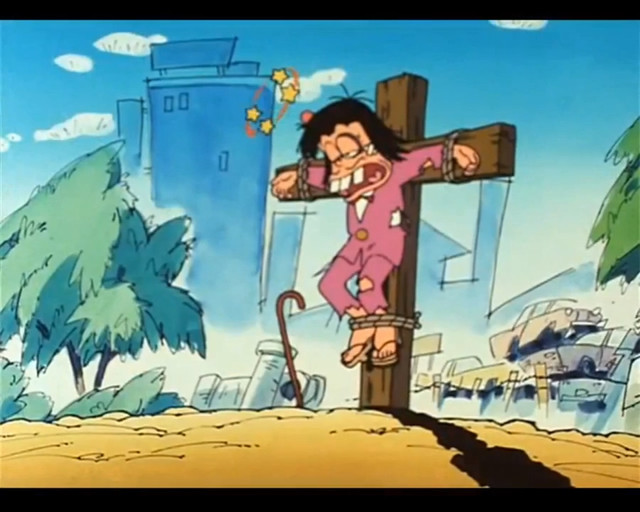 While no two plotlines in Osomatsu-kun were ever the same, the show was surprisingly consistent with its comedy routines. Given that Osomatsu-kun aired during a time of economic prosperity in Japan, much of its humor stemmed from characters’ petty or outlandish behaviors concerning money. One episode featured the eldest Matsu brother coming down with a fever and being visited by a Shinigami salesman who attempts to sell his family goods to ease his departure to the afterlife. Although the episode also poked fun at the superstitious nature of Japanese society – with comical depictions of crucifixions, the Sanzu River, and the Buddhist Nirvana – the central conflict still boiled down to a character that was struggling to make a living.

However, the primary target of Osomatsu-kun’s jabs at financial desperation was Iyami. At the beginning of Osomatsu-kun, Iyami returns to Japan from France with promises of wealth, which his best friend Chibita is overjoyed to hear. Throughout the series it becomes increasingly apparent that Iyami is hopeless – he is unable to make ends meet, is often homeless, and resorts to conning and stealing (with most of his attempts ending in complete failure). But despite that, his failures and misfortunes were usually played up for laughs.

Iyami was meant to be a character that the audience simultaneously took pity in, but also had few qualms jeering at when he fell into his own trap or was tortured by the Matsu brothers. Iyami was man at the bottom rungs of society, a dreamer of a glamorous lifestyle and a swindler all the same. But in spite of his shortcomings, he amassed a significant following and eventually stole the lead role from the title characters. However, as Mr. Osomatsu would later prove, Iyami was very much a character of his time.

Stay tuned for Part 2 of this article, where I'll be looking at how Mr. Osomatsu revamped the franchise's formula and become the gag comedy series that we all know and love. 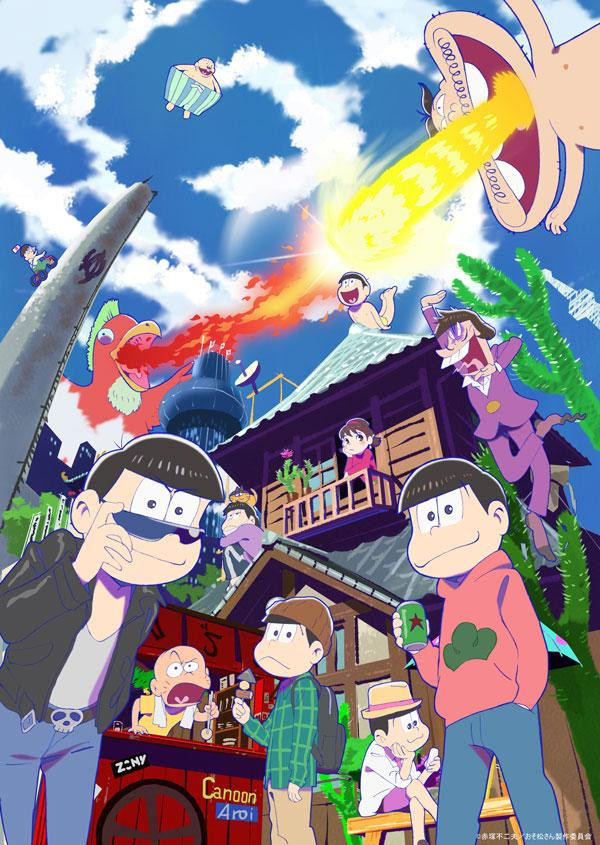 Let us know your thougths about Mr. Osomatsu in the comments below!

Brandon is a Features Writer for Crunchyroll and also a freelance writer about anime. Follow him on his Twitter at @Don_Don_Kun!