Check out these real-world locations of Chihayafuru! 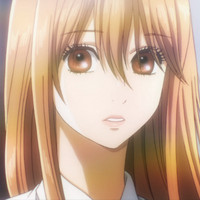 The current anime season is slowly but surely coming to a close, and the fall season is already around the corner. Among the many new anime to look forward to, is one continuing series that I hold especially dear, and that’s Chihayafuru. Thus, in preparation for the return of the long-awaited third season, I made an effort to visit almost all of the show’s real-world places. In an earlier installment, I already covered the show’s most iconic location, the Omi Jingu Shrine in Otsu, which is the grandest venue for the sport of karuta—in real life and in the anime. And now that the new season is almost upon us, let’s get in the Chihayafuru spirit again, by taking a look at the show’s many real-life locations in Tokyo!

After all, in a chat I had with the show’s famed director, Morio Asaka, he told me that the new season will put the spotlight on one character in particular, and that's Chihaya’s mentor and head of the local karuta society, Dr. Harada. So it’s probably safe to assume that many of the following locations will make a reappearance in the new season.

This part will focus on all of Chihayafuru’s locations around Bubaigawara Station and the nearby Katamachi Culture Center, which is where Chihaya’s karuta society practises. And a future installment will take a look at all of the remaining locations scattered around Tokyo.

Bubaigawara Station is a small railway station in Fuchu, which is located in the western part of the Tokyo Metropolis. The area around the station often gets featured in the anime, not only because of the aforementioned karuta society, but also simply because Chihaya's and Taichi's school is nearby.

Right outside of the station is a small McDonald’s, or as the show likes to call it: MocDonald’s.

The easiest way to reach Bubaigawara Station is from Shinjuku Station, which is about a 25min train ride away.

While the show has been mostly very accurate in depicting its real life templates, it took a few artistic liberties while depicting this shot of the shopping street near the station. But the overall aesthetic still matches.

I found this little spot in one of the side streets of the Bubaigawara shopping street, and if you look very closely to the left, you’ll notice something mildly interesting. The same exact bicycle has been parked in the same exact spot that it was depicted in in the anime, which aired eight years ago.

The end of the shopping street. I made sure nobody was stalking me like Sumire here.

And finally, located right at the end of the shopping street is perhaps the show’s second most important real-life location, the Katamachi Culture Center. This is the place where the Shiranami Karuta Society, led by Dr. Harada, gathers and practises.

Chihaya, Taichi, Sumire, and Akihiro are all part of the society here, and even Arata was while he was still living in Tokyo. The rest of Chihaya’s school team all belong to the Suihoku Karuta Society.

The karuta rooms are located on the upper floors, but it’s not always possible to enter them. However, even on the ground floor it’s quite apparent that the show left a big impact on the small cultural center. It’s fully decorated with Chihayafuru posters and merchandise, and there have been several collaborations between the show and center.

And once the new season is in full swing, I’m sure there’ll be several anime fans who’ll be paying this place a visit.

The third season of Chihayafuru starts on October 23rd right here on Crunchyroll!

And in case you still haven’t seen enough Chihayafuru locations for one day, check out the extensive report from my trip to the Omi Jingu Shrine, where I got to witness a real-life karuta tournament, and snapped almost a whopping one hundred comparison photos:

Are you excited for the return of Chihayafuru? Does karuta seem like a sport you’d like to try? Let us know in the comments!