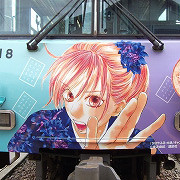 This summer, a Chihayafuru decorated electric railway train will be servicing the Keihan Otsu line, in the vicinity of the Omi Jingu Shrine, site of the national championship karuta card game competition. In addition to the exterior wrap, the train features interior posters with the poems used in the play of karuta. 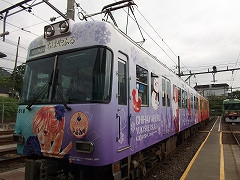 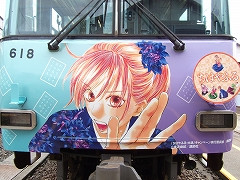 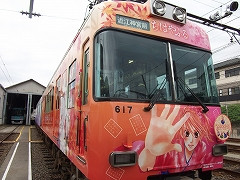 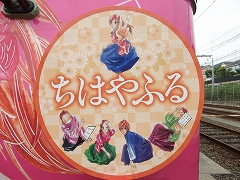 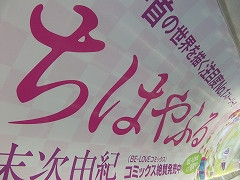 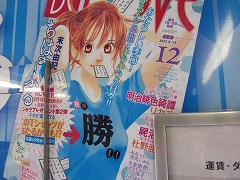 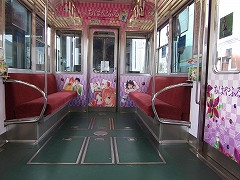 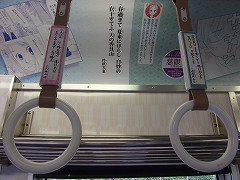 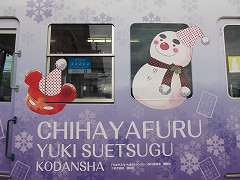 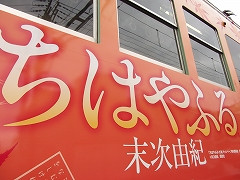 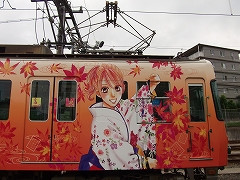 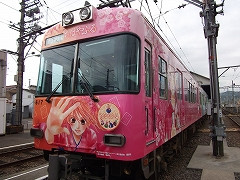 The ninth and final DVD of the first season of the anime, along with a box set, will be released August 22nd. 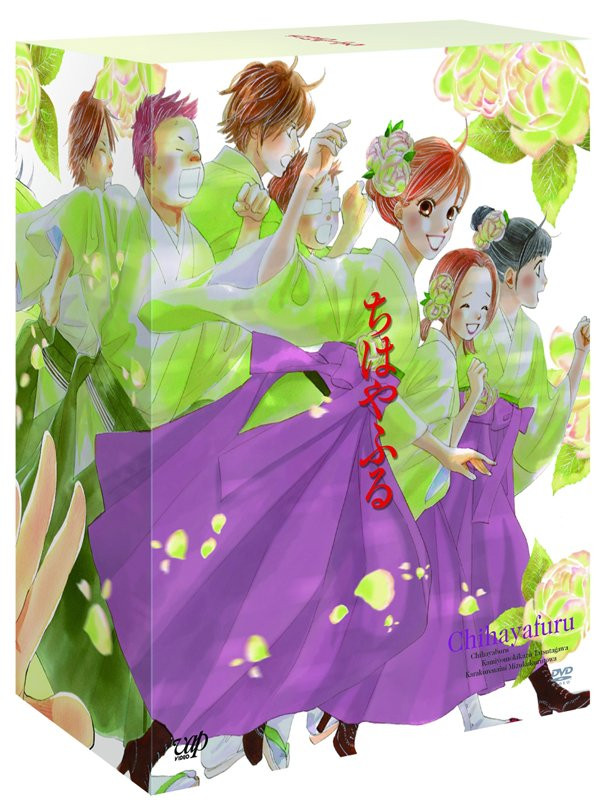 Volume 17 of the manga was released June 13th 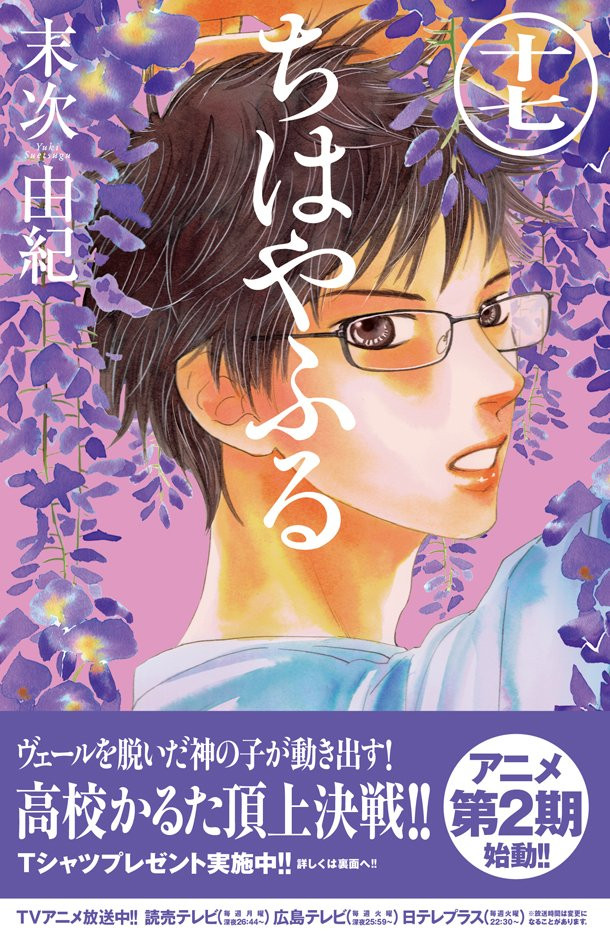 A prose short story concerning the character's middle school years is set to be published in September. 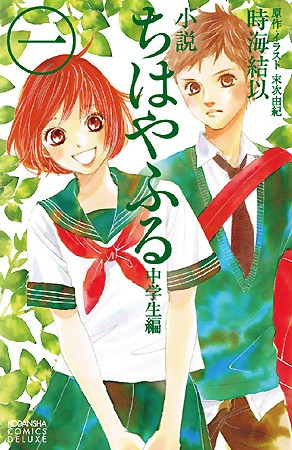 From Crunchyroll's description of the series:

Ayase Chihaya is a sixth grader whose dream is for her older sister to become the top model in Japan.
But one day, a transfer student, Wataya Arata, tells her that her dream should be about herself. Arata's dream is to become a famous competitive Karuta player. Chihaya is somewhat shocked when she sees how intense the normally reserved Arata gets about the card game. Eventually, she and her childhood friend Mashima Taichi find themselves being captivated by Karuta. Arata is thrilled by Chihaya's talent and extraordinary hearing, as well as the fact that he has friends to play Karuta with now, but they are forced to go their separate ways after graduating from grade school.

Four years later, Chihaya enters high school and discovers that Arata, who returned to Fukui, no longer plays Karuta. However, she believes that if she continues to play, they will one day be reunited. And so, she and Taichi start a Karuta club at Mizusawa High School.

via Comic Natalie and @crazynabe