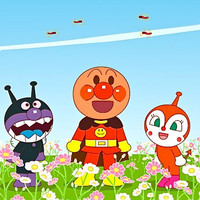 The list below gives the ranks of the top twenty highest grossing characters in Japan in the year 2011. Although it says "character," it doesn't necessarily count each character separately. Most are listed by shows or franchises such as Anpanman, Pokémon, and the Gundam series. But some others are listed by character such as Mickey Mouse being separate from Minnie Mouse.

The characters in order are as follows:
1. Soreyuke! Anpanman 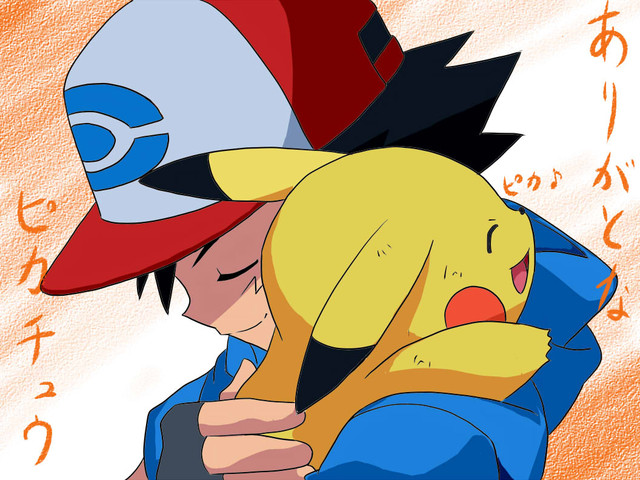 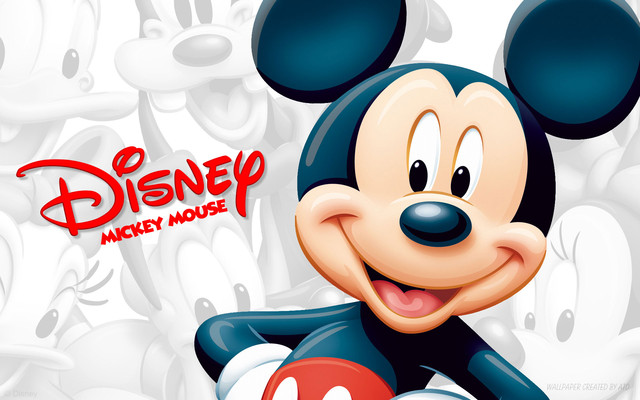 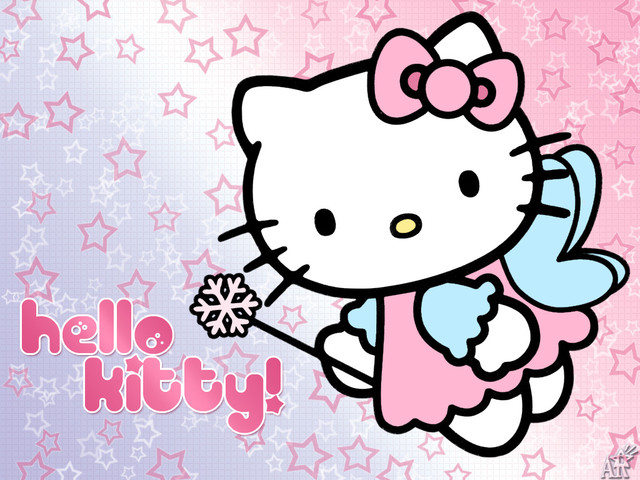 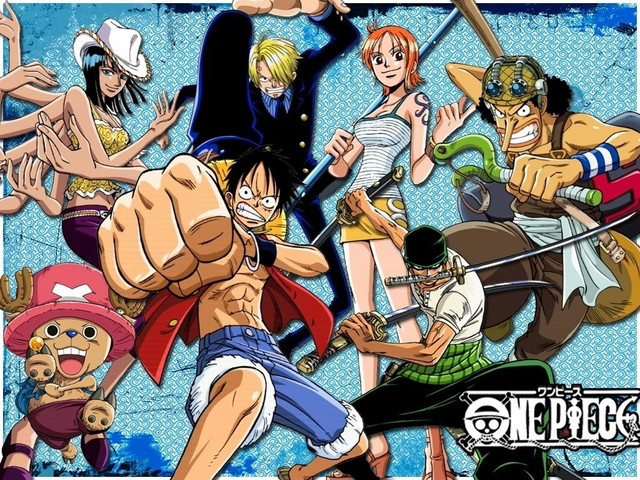 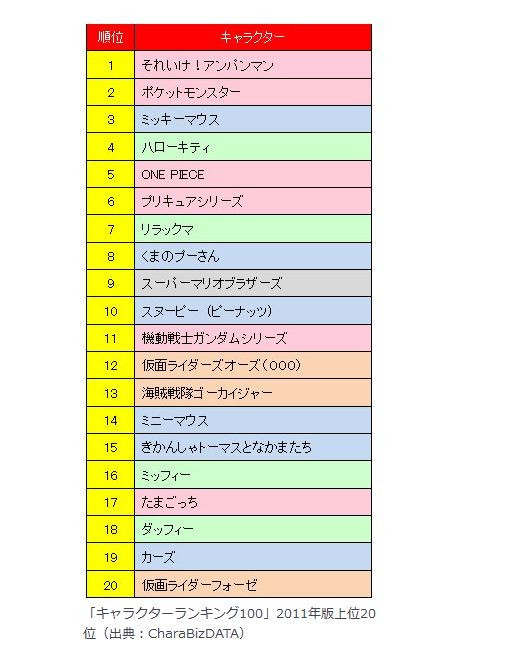 Like last year, Anpanman, Pokémon, Mickey Mouse and Hello Kitty all took the #1 - #4 spots respectively. One Piece rose to #5 from #8 last year, and because of that, Winnie the Pooh, Rilakkuma and Pretty Cure all lost a spot.

This list is based in large part on the money made through licensing, so kid-oriented or family-oriented series are king. Anime aimed at older fans, where the anime itself is the greatest draw, didn't fare as well on the list. For example, Madoka Magica came in at #59, To Aru Majutsu no Index was #63, Sengoku Basara was #80, The Melancholy of Haruhi Suzumiya was #91 and Natsume's Book of Friends was #98.

Let us know what you think of the list!