Konami to Release "Nisekoi" Game for iOS and Android Next January 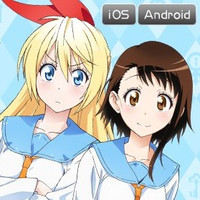 Japanese game company Konami will release a new game app "Nisekoi Majikore!?" (tentative title) based on Naoshi Komi's popular love comedy manga Nisekoi for iOS and Android in January 2014. The heroine characters in the game are voiced by the same voice actresses for the upcoming TV anime; Nao Toyama as Chitoge Kirisaki and Kana Hanazawa as Kosaki Onodera. The game player, as the male protagonist of the story Raku Ichijo, helps the heroines grow by supporting their daily life (study, sports). All of the character illustrations in the game are newly drawn. The game's official site is now accepting pre-registrations and the pre-registered player receives a pirate costume for Chitoge and Kosaki which can be used in the game.

to be premiere in Japan in January 2014. 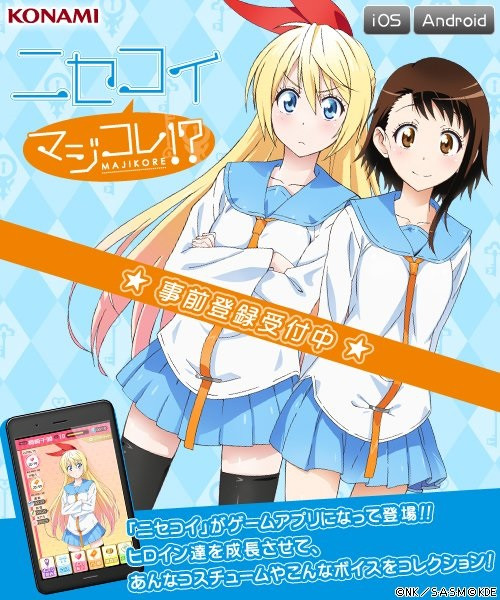 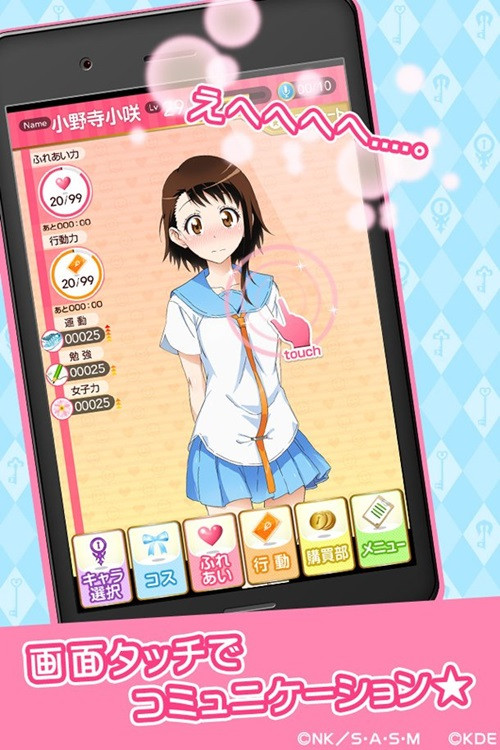 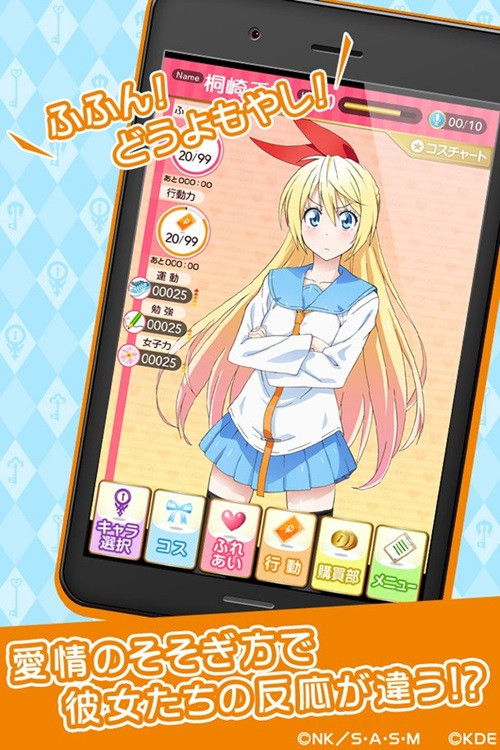