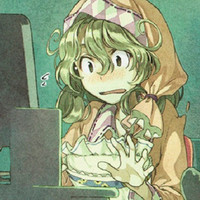 You may have seen that when Section23 announced the Sentai Filmworks releases for July, no Blu-ray plans were listed for Devil Survivor 2, Photo Kano, Yuyushiki, [email protected] and SNAFU. This prompted some fan questions, and Sentai has responded.

Hey guys! We'd like to address something that our fans have been asking us quite a bit recently. Here is our official word on why some of our programs are being releases DVD only as of late:

"Occasionally our programs may be subject to release parameters that are determined by underlying rights holders and which are otherwise outside our direct control. For example, a program's inclusion on certain media formats such as Blu-ray disc may be subject to a holdback that expires following release of a Japanese domestic version in that format."

So, there you have it, guys. Comments are appreciated. Thanks!