"Yakuza 0" Prepares for Some Brawlin' with a Battle System Trailer 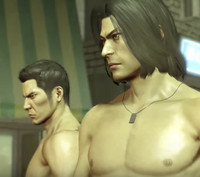 While there's a ton of stuff to do on the side in the Yakuza series, it just wouldn't be the same without its brawlin' action. Sega's new English preview for Yakuza 0 hones in on that, showing off a bunch of moves to get you ready to hit the streets ahead of the prequel's January 24, 2017 launch.