Shout! Factory and Animatsu Entertainment Announce "In This Corner Of the World" Anime Movie Distribution Deal

Rollout starts with a North American theatrical launch this summer 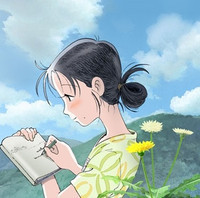 Shout! Factory, a multi-platform media company, and Animatsu Entertainment, a London-based producer, licensor and distributor of anime in the UK and Ireland, have entered into an exclusive film deal to distribute the new animated feature In This Corner Of The World in North America. This includes theatrical, video on-demand, digital, broadcast and home entertainment for cross-platform releases in U.S. and Canada. Rollout starts with a North American theatrical launch this summer.

The adaptation of the story of an ordinary family living in Kure-city, Hiroshima Prefecture, where the US dropped an atomic bomb in World War II, was produced thanks to a record-breaking crowd funding campaign that raised 181 percent of its 20 million yen goal.

The announcement describes the movie

The award-winning story of IN THIS CORNER OF THE WORLD follows a young lady named Suzu Urano, who in 1944 moves to the small town of Kure in Hiroshima to live with her husband’s family. Suzu’s life is thrown into chaos when her town is bombed during World War II. Her perseverance and courage underpin this heart-warming and inspirational tale of the everyday challenges faced by the Japanese in the midst of a violent, war-torn country. This beautiful yet poignant tale shows that even in the face of adversity and loss, people can come together and rebuild their lives.

Based on the award-winning manga by Fumiyo Kouno, the film is written and directed by Sunao Katabuchi. Director Katabuchi began his career working closely with Hayao Miyazaki before directing his own animated films, including the acclaimed animated features Mai Mai Miracle and Princess Arete. Produced by GENCO and Japanese animation studio MAPPA, IN THIS CORNER OF THE WORLD, bolstered by emotionally resonant storytelling and exquisite hand-drawn animation, is an empowering coming-of-age tale that captures the resilience and triumph of the human spirit. The announcement was made today by Shout! Factory’s founders Richard Foos, Bob Emmer and Garson Foos; and Animatsu Entertainment’s Chief Operating Officer, Jerome Mazandarani.

“Shout! Factory is a fantastic partner for this film. We were incredibly impressed by their work on Long Way North, and have been fans of their commitment to content curation and serious film and television fans in North America for a long time,” said Jerome Mazandarani, COO of Animatsu Entertainment. “It’s been clear throughout our discussions with the team that we couldn’t find a more committed and passionate company to handle this beautifully delicate film.”

“This truly is a unique and exquisite film, one which only comes around once every few decades, and we are incredibly proud to be involved with it. Unique films deserve unique partners and Shout! Factory are an absolute perfect match given their passion, expertise and back catalogue of releases.” said Andrew Hewson, Head of Acquisitions & Marketing at Animatsu Entertainment. “It will be a genuine pleasure to work closely with them to bring this masterpiece to North American audiences!"