Short anime based on everyday salaryman comedy by Gamu will debut on June 05, 2017 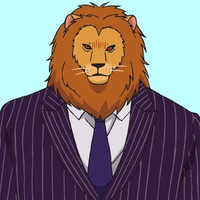 Africa no Salaryman (known in English as African Officer Worker or Businessmen in Africa), an everyday salaryman comedy web manga about office workers who also happen to be animals native to the continent of Africa, is being adapted into a short-form anime that will be distributed on Production I.G's "Tate Anime" smart phone app beginning on June 05, 2017. 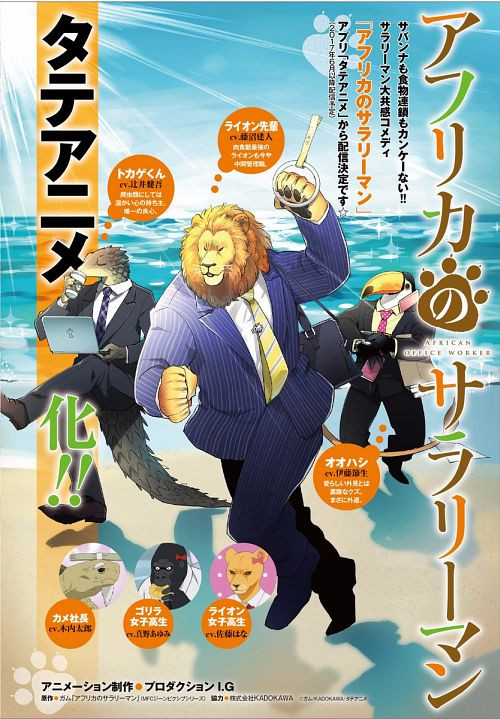 The Africa no Salaryman anime will feature animation production by Production I.G. The main cast of the series includes: 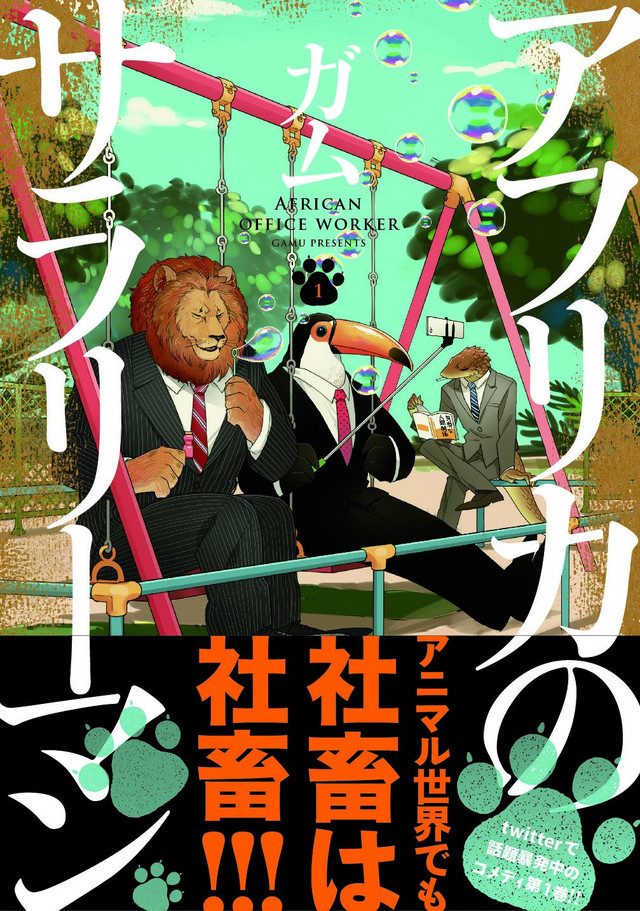 The original Africa no Salaryman web manga by Gamu is published on the Pixiv Comics web site. The series is also published in print collections by Media Factory, a division of Kadokawa, under their MFC Gene Pixiv Series label.