New version with different protagonist heads to Japan this week 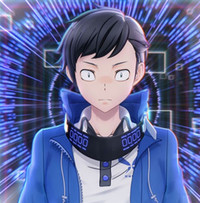 Digimon Story: Cyber Sleuth Hacker's Memory is a new version of Cyber Sleuth that takes place in the same world but features a brand new protagonist and characters with their own story. It's basically a different point of view from the original, and Bandai Namco's latest preview offers up nearly eight minutes of footage ahead of this week's launch on PS4 and PS Vita in Japan.