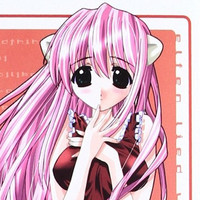 Lynn Okamoto's Elfen Lied manga is officially making its way to North America next year. Dark Horse Comics announced plans to publish the 2002-2005 series at Anime Expo, with the first of four omnibus volumes scheduled for May 22, 2019.

Okamoto's series was adapted into a TV anime back in 2004. ADV released it on home video, and Sentai Filmworks released the complete collection back in 2013. Here's how they describe it:

Critics have described Elfen Lied as "weird," (Anime Planet), "surprisingly sadistic," (Gamers Edge), and "addictive"(Animesou). No wonder, when you consider what makes this series hum! Lucy, a beautiful young mutant, is bred by the military to be the ultimate weapon. Now, with government killers on her trail, the disposition of a five year old, and a hair trigger for ultraviolence, Lucy and her young friends must unravel the dark secret of her legacy before it's too late.