"I hope that many people will continue to enjoy 'Gurenge' and LiSA's music for a long time." 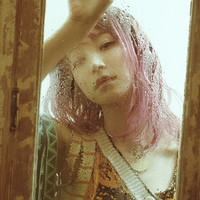 It is confirmed today that  LiSA's 15th single song "Gurenge" (TV anime Demon Slayer: Kimetsu no Yaiba OP theme) has finally reached 200 million streams in one year and ten months since its digital release on April 22, 2019.

It has become her second song to reach the milestone following her 17th single song "Homura" (Demon Slayer: Kimetsu no Yaiba the Movie: Mugen Train theme song), which surpassed 200 million streams only in 19 weeks, the shortest time in the history of Oricon's streaming ranking.

"Gurenge" was the No.1 song in the digital single ranking of Oricon's 53rd "Oricon Annual Ranking 2020" with 942,691 downloads. It was the first time in the history of the ranking that a female artist had won the top spot. Also, the song's CD single has sold over 250,000 copies and certified "Platinum" by The Recording Industry Association of Japan (RIAJ) in December 2020.

Hello everyone, this is LiSA. I'm happy to announce that "Gurenge" has now surpassed 200 million cumulative streams on the Oricon Streaming Ranking! Thank you very much. I'm so happy that so many people have loved it. As the opening theme song for the TV anime Demon Slayer: Kimetsu no Yaiba, "Gurenge" has become a song that has been loved by many people and has given me many different views since its launch. And, "Homura," the theme song for Demon Slayer: Kimetsu no Yaiba the Movie: Mugen Train, has also surpassed 200 million streams. So, it's really amazing. I'm very happy to be in the middle of that situation. Thank you very much. I hope that many people will continue to enjoy 'Gurenge' and LiSA's music for a long time to come. I will continue to deliver lots of such music to you. Thank you for your continued support! That's all from LiSA. Today's another great day, Bai-chi!