WHISKEY MEW is back with another Berserk collaboration 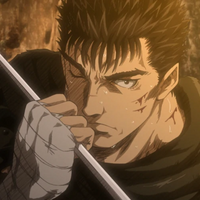 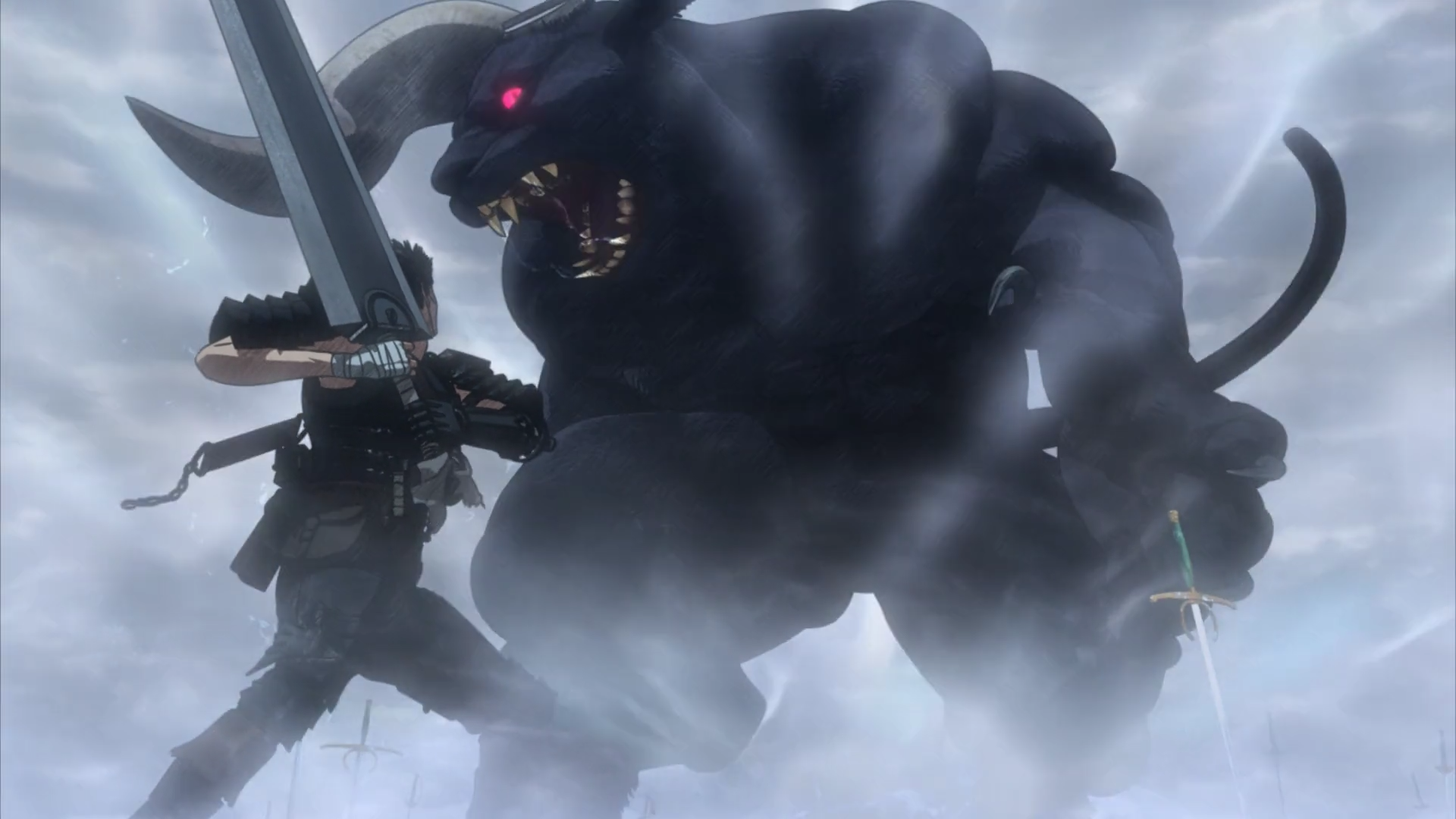 If you thought Berserk whiskey was off the menu, WHISKEY MEW is back with another collaboration; this time featuring Guts and rival Zodd on a bottle of 2002 Irish Whiskey. The brand, which is Shogakukan and Shueisha's official line of high-quality spirits, first collaborated with the epic manga series back in September 2020 for a limited time. 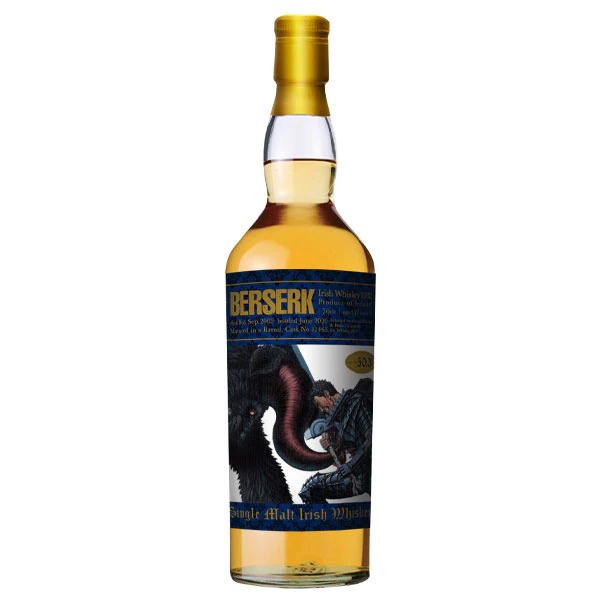 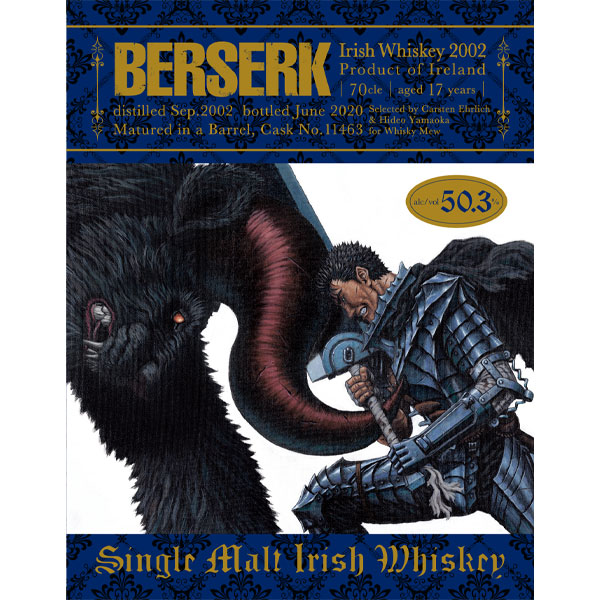 Japanese whiskey collector Hideo Yamaoka chose Irish whiskey for the collaboration to help introduce the taste to Japanese audiences who may only be familiar with Scottish or Japanese whiskey. The whiskey has been aged 17 years in barrels in Ireland and has a 50.3% alcohol level. Only 219 bottles will be made, which go on order on April 22 for 24,200 yen ($221).

Previous bottles featuring Guts and Griffith that went on sale last year and sold out: 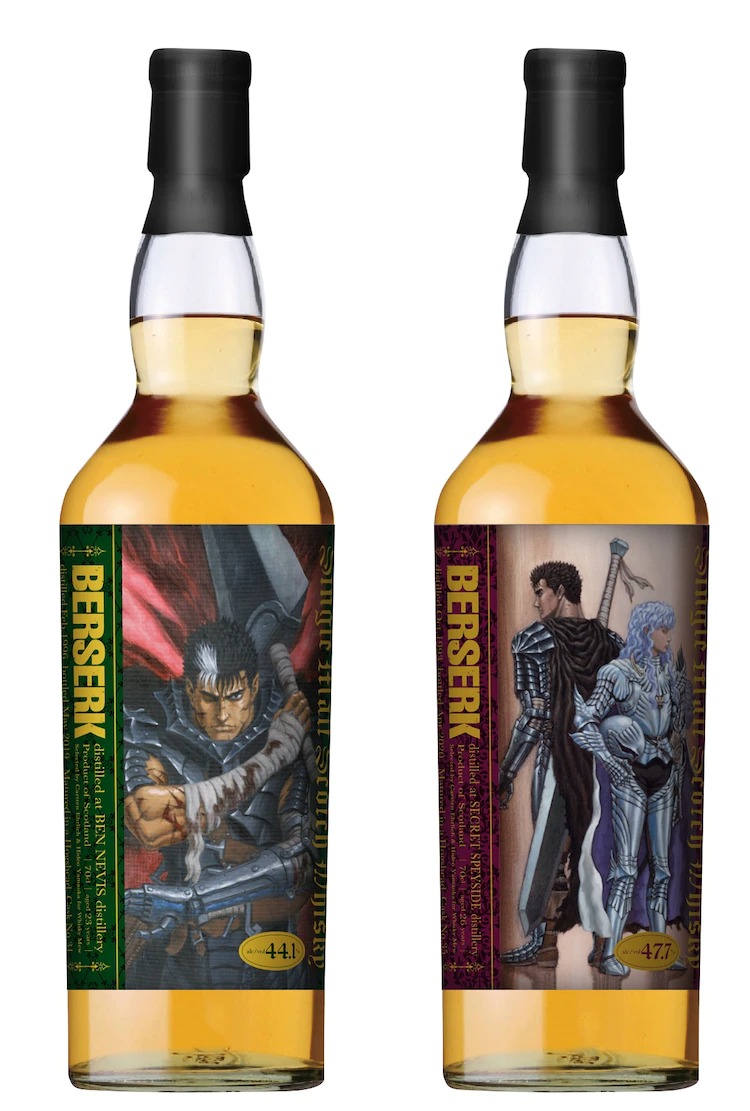