Atlus released a new trailer for Soul Hackers 2 along with some details about planned DLC content for the game. 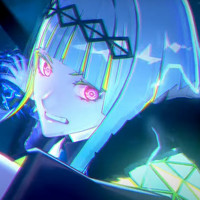 The new Soul Hackers 2 trailer shows four minutes of footage mixed with story scenes and gameplay. Some of the more dynamic elements of battles are seen here, such as the all-out-attack mechanic called Sabbath.

There are also several special editions of the game, along with DLC planned. In Japan, the Digital Deluxe Edition includes money, incense, and exp boosters as well as a story DLC that will introduce a new character. The Digital Premium edition adds on some costumes and demons.

Atlus is currently planning on DLC that includes costumes and background music from its other games, such as the first Devil Summoner: Soul Hackers. More DLC is planned and will be revealed later.

Over on Atlus West, a Soul Hackers 2 Collector's Edition has been announced. It goes for $200 and is exclusive to the Shop Atlus storefront. It includes an Ai-Ho figure, steelbook case, Mimi plushie, pin collection, USB soundtrack keychain, art cards, and the game, all housed in one large branded box.

Quantities are extremely limited, so sign up for the Soul Hackers 2 newsletter at https://t.co/GiAcS0AqIU to receive pre-order details! pic.twitter.com/cxQCmPt90e