From Ube to Hakone, a lot of the locations are featured 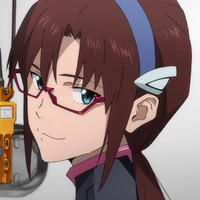 It's no secret that many of the locations in Evangelion are based on real-life locations in Japan. Hakone is Tokyo-3, Hamamatsu is the base of Village-3, and the final scene of the film was set in Anno's hometown.

While it may be easy to find out this information online, Khara and JTB (Japan Tourist Bureau) have collaborated on an Evangelion travel guide that features the cast introducing each area, the locations, local foods, and laying out a complete travel plan for each site. The magazine also has a section on real-life collaborations between local establishments and the series. Preview images of the magazine were also released. 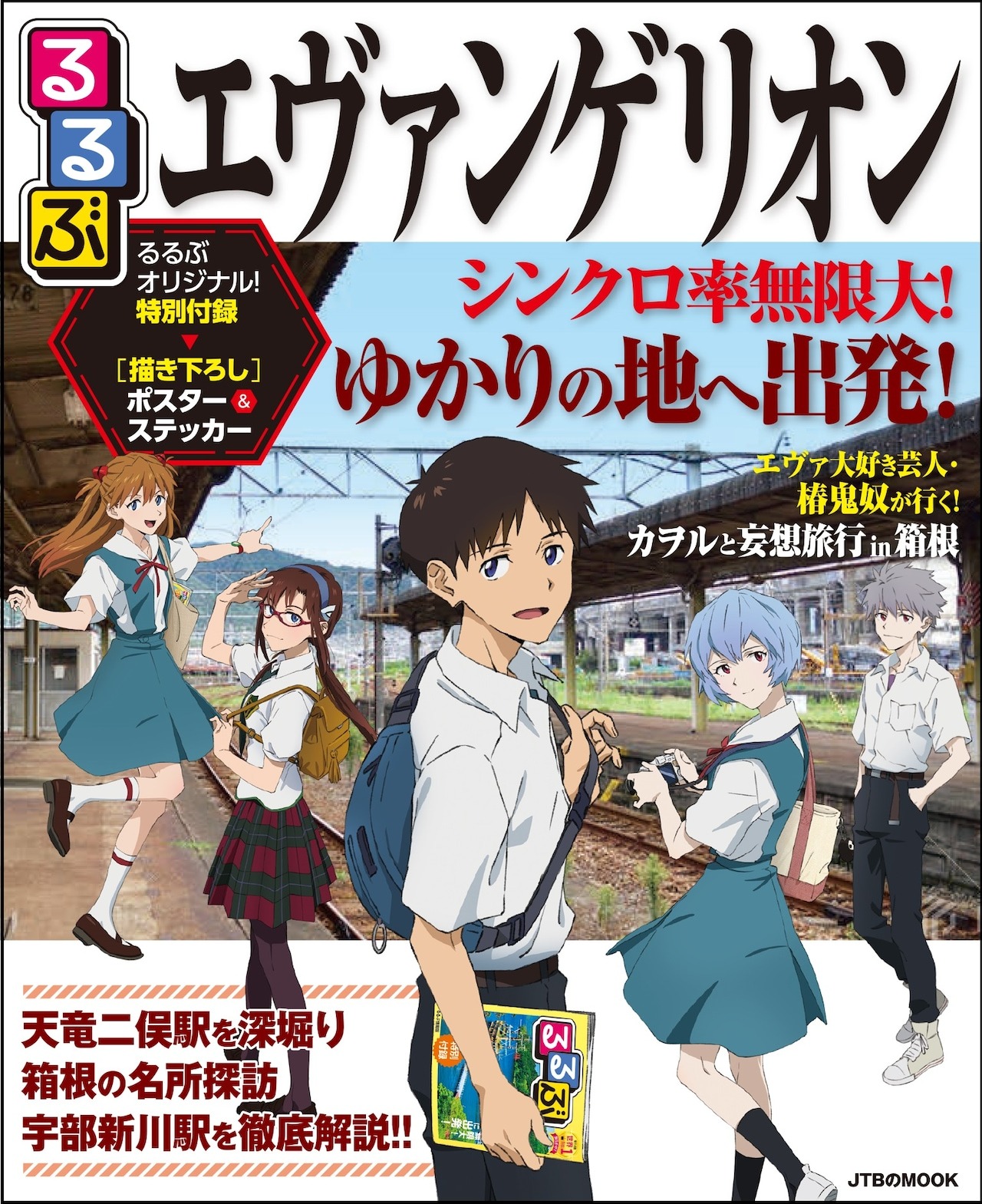 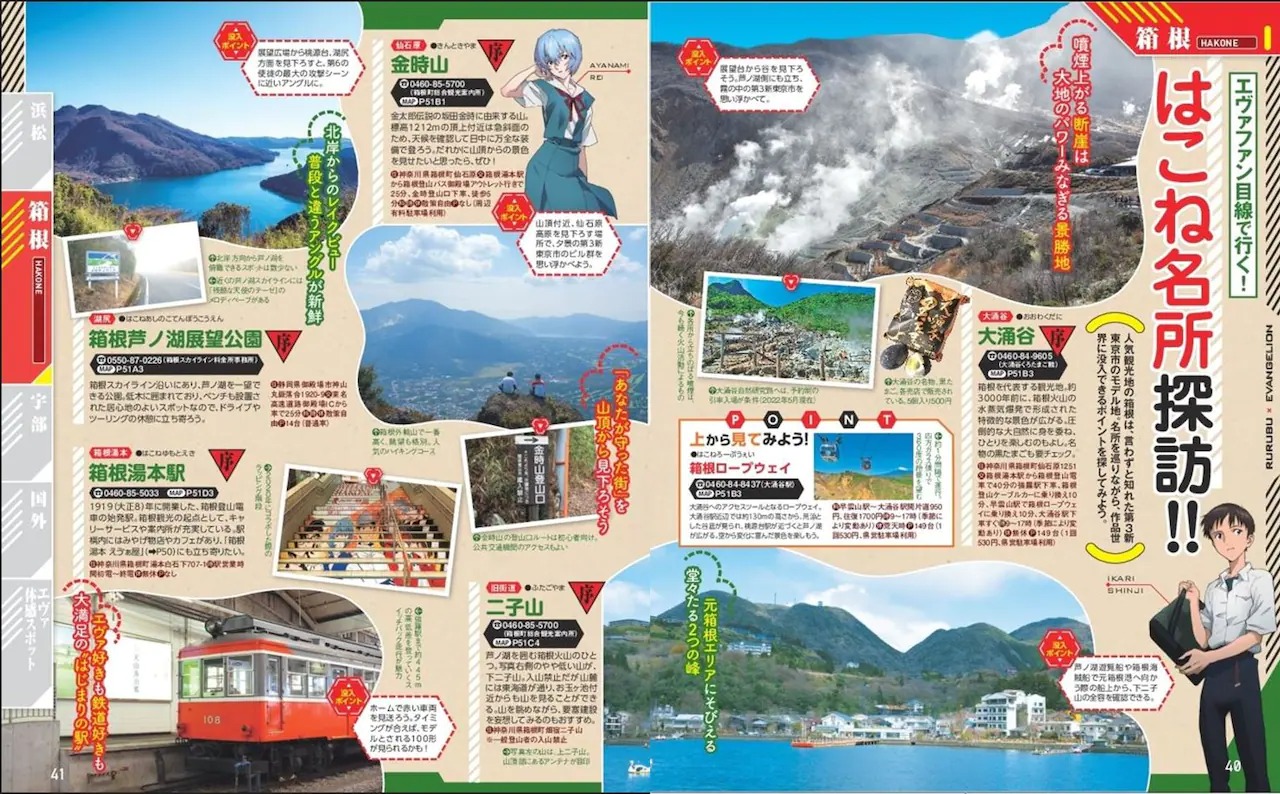 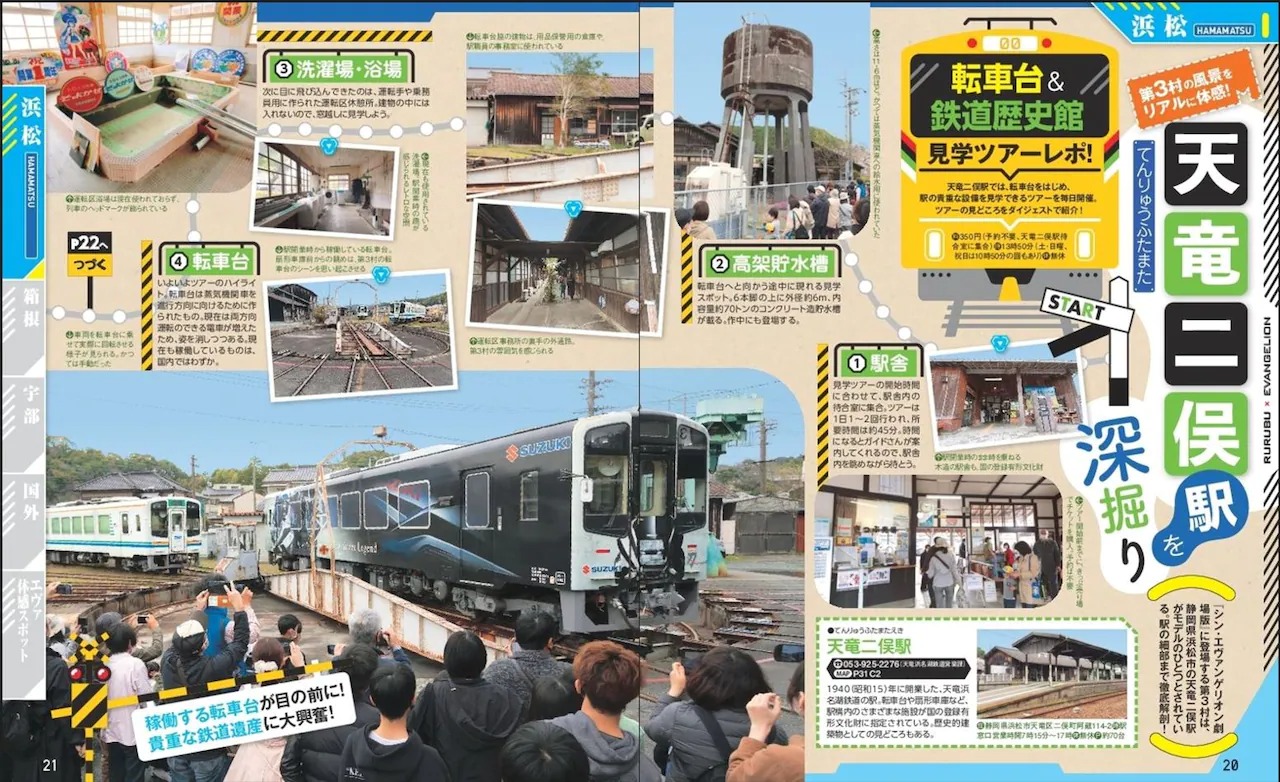 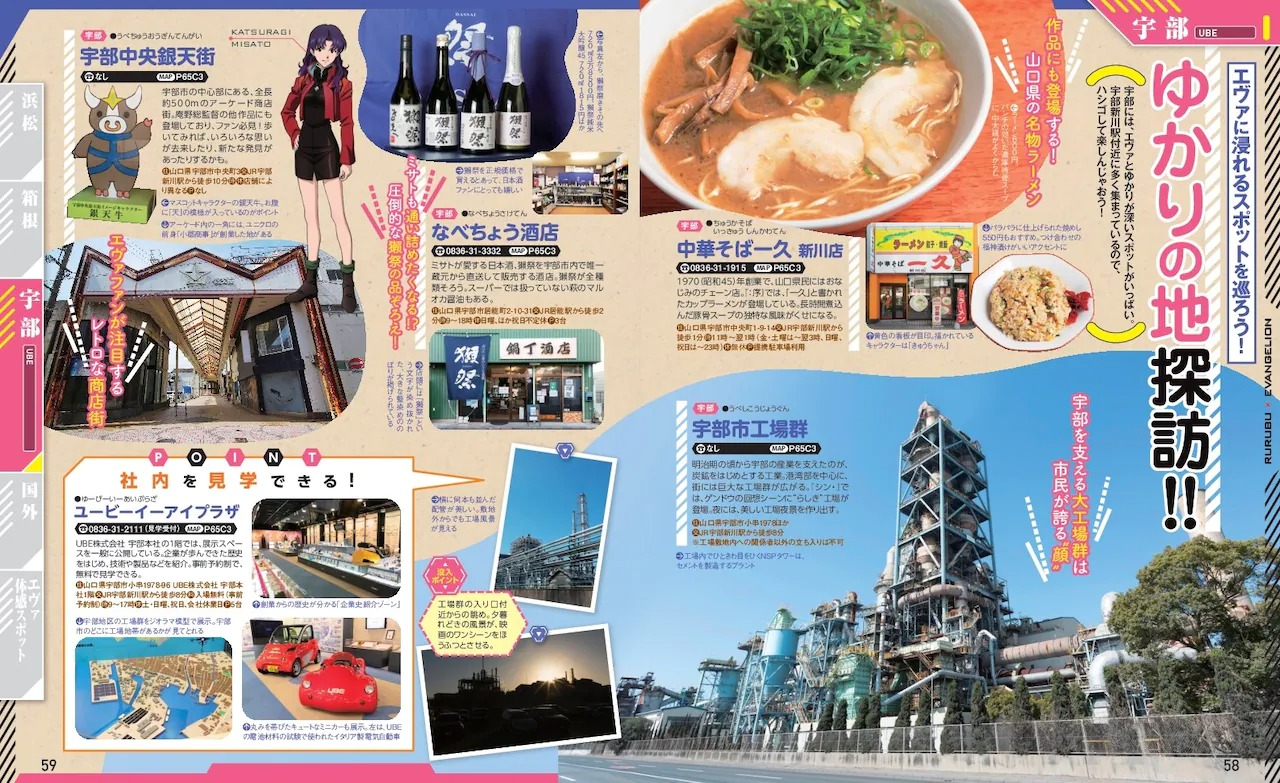 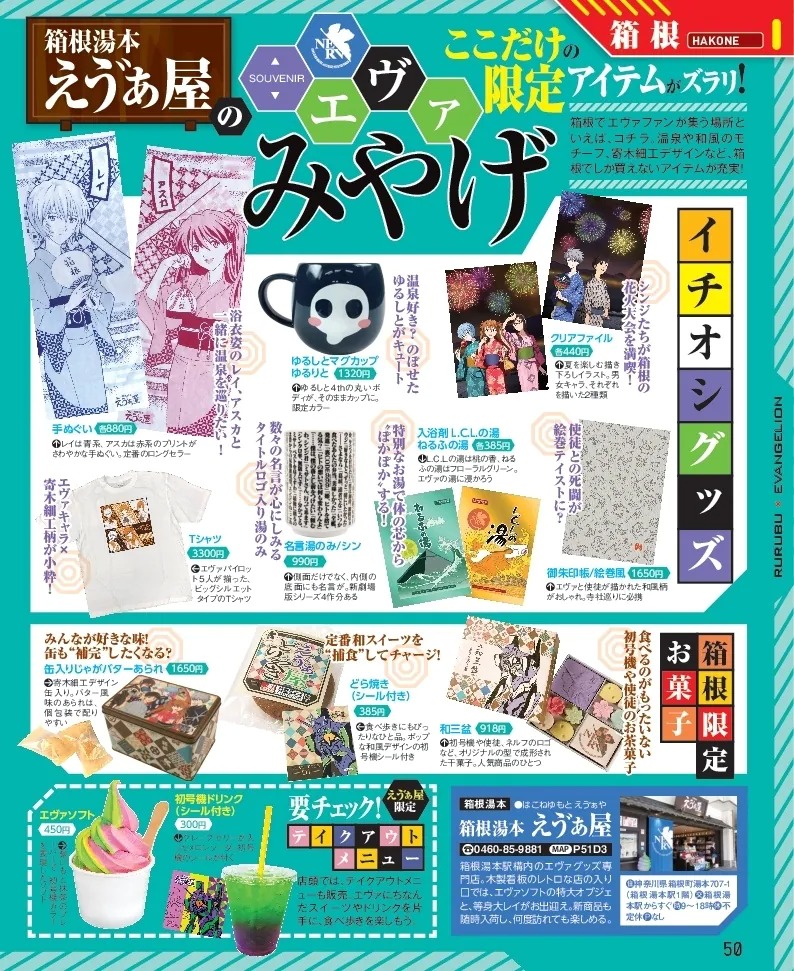 The Rurubu Evangelion travel guide went on sale today in Japan for 1,430 yen (US$10.60) and is available from all major bookstores and online retailers.