Toei Animation's operations include animation development and production, and worldwide marketing and program licensing. Since its founding in 1956, Toei Animation has produced more than 9,000 episodes of TV series (189 titles) and 172 long feature films as of March, 2007.

Digimon Xros Wars - The Young Hunters Who Leapt Through Time

Dragon Quest: The Adventure of Dai

Fist of the North Star 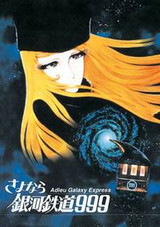