The best "revelaiton" of all is Resident Evil's return to classic, creepy form 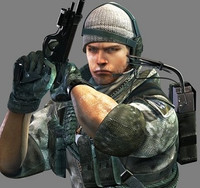 Resident Evil fans have been clamoring for a return to the series' survival-horror roots for a long time. You see, while Resident Evil 4 was an excellent game that revived a dying series, eventually the game changed from a tense, dread-filled horror-adventure to a wild and fast-paced action game as Leon used spin kicks, suplexes, and marksmanship to rival Clive Owen in Shoot 'em Up to save the day and get the girl.

That departure from the series' original tone was only furthered by Resident Evil 5--which was also a whole lot of fun as players joined up for co-op mayhem, swapping ammo and weapons and busting not-quite-zombie heads with tight teamwork and blazing firepower--something that Resident Evil was never really about in the first place. 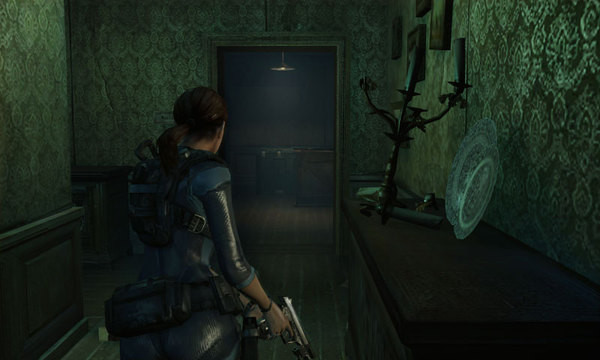 Despite what the most militant fans may say, Capcom does remember the series' roots. If anything, Resident Evil: Revelations for the Nintendo 3DS is proof of that, as it deftly combines both the improved mechanics and solid controls of newer RE games while delivering a suspenseful, creepy game that makes you double-check your ammo count every ten seconds because you have no idea what's coming around the next corner. 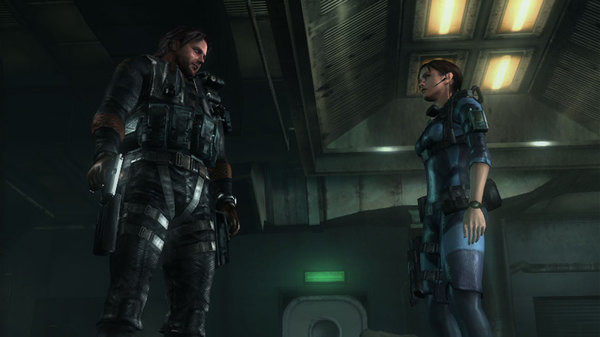 Resident Evil was never all that scary to begin with. It could make you jump, yes, and you felt a lot of tension as you worked your way through abandoned, bloodstained corridors prowling with unnatural mutated creatures, but it didn't get in your head and really scare the crap out of you like, say, Silent Hill. Revelations continues with its B-movie shock and schlock feel by stranding callipygian RE heroine Jill Valentine and her new partner Parker Luciani on a derelict cruise ship that is, of course, crawling with monsters. 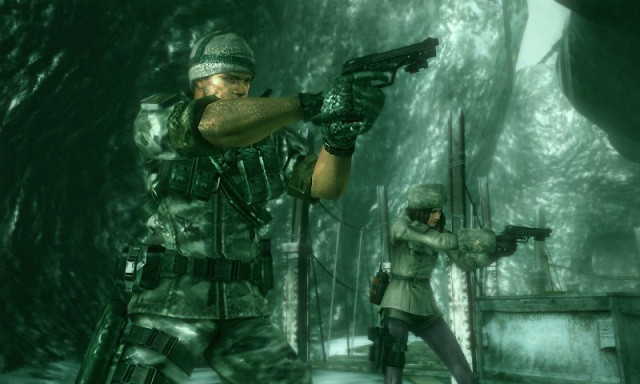 Meanwhile, hundreds of miles away we follow Paul Walker Chris Redfield and his new partner Jessica Sherawat (who won't stop hitting on him) as they investigate a bio-terrorist organization who may or may not be linked to the cruise ship that Jill and Parker are investigating. Yes, Resident Evil still has the same incredibly dumb storytelling it's always had, but it's a welcome thing. The story leads you through betrayals, masked men whose identities you can guess very quickly, and dueling anti-bio-terrorism organizations. While none of the dialogue quite matches the exquisite cheeseball beauty of the original Resident Evil, Revelations does a damn good job trying. 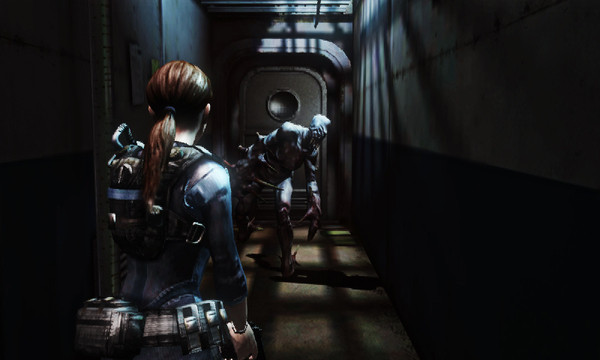 But as far as I know, nobody ever really plays Resident Evil for the story--they want a horror-movie experience in video game form. Revelations does a great job of this with a surprisingly simple solution: make enemies stronger. Let's just say that all those bad habits I picked up from dozens of replays of RE4 and RE5 were the death of me: monsters aren't quite as vulnerable to headshots, trickier marksmanship is required to stagger or stun them, and standing your ground to fight it out with a horde of enemies will drain your ammo, leaving you completely screwed if you come across more enemies in the next room. Melee attacks are now only allowed when you've stunned an enemy--and even then, you'll have to charge up a melee attack to deliver any real damage, so you leave yourself vulnerable. Once again, Resident Evil is about making the choice--do you stand your ground and fight, or do you run and save the ammo for when you really need it? 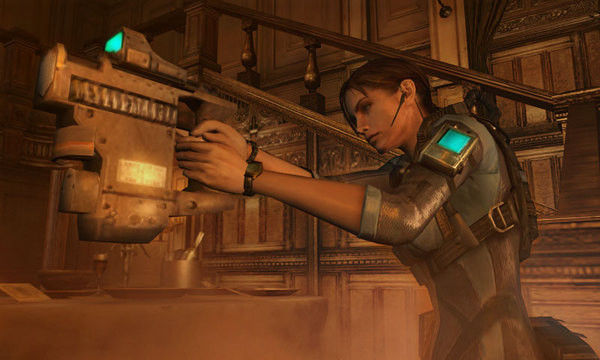 The Resident Evil games have always been pretty good about replay value, offering different paths and slightly-adjusted stories in earlier games depending on choice of character, or in later games letting you level up your weapons and equipment. Revelations instead gives you the Genesis Scanner, which lets you discover hidden items found in rooms as well as scanning enemies' genetic makeup to create healing items. Returning from earlier games is the Item Box, which also serves as a weapon upgrade station, allowing you to swap out different Custom Parts to your guns, upgrading damage and firing rate as well as more unique RPG-style features like Infighter (which raises a gun's damage the closer it is to an enemy) or Charge (which literally lets you charge the bullets in your gun Megaman-style for added damage). 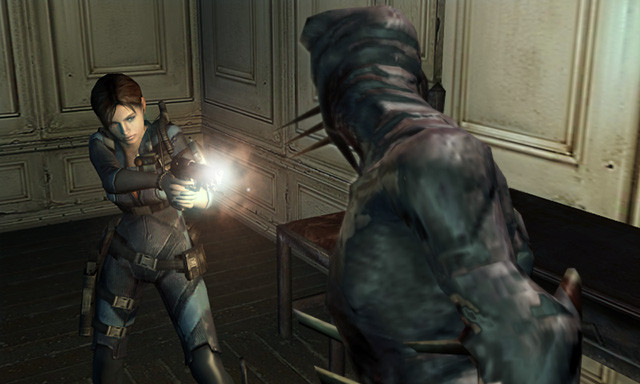 In addition to all of this almost-stressful fight-or-flight gameplay, you'll spend a fair amount of time living up to Jill's nickname as "The Master of Unlocking," using your touchscreen to unscrew security plates, rewire security doors, hack a thumbprint scanner, or cut down metal doors with a blowtorch. Finally, while Resident Evil: Revelations brings back the best of the old and combines it with the best of the new, it adds another smaller, but still important series innovation: the ability to move and shoot at the same time. Like in real life, it's not easy to move and shoot accurately, but it's a skill you'll be using from time to time as you're chased down by invisible Hunters (yes, they can turn invisible now) while dragging a comrade to safety. 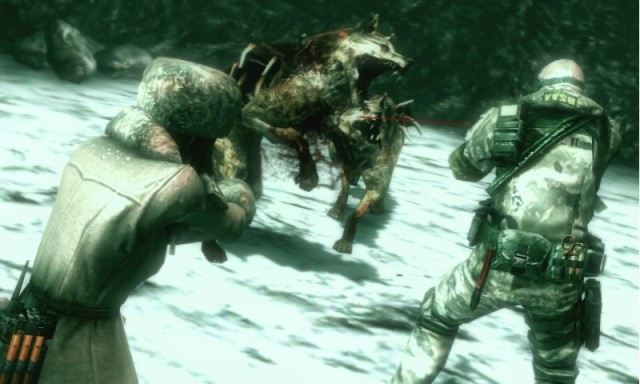 Once you're done with the 10-12-hour campaign, you can dig into Raid Mode, which lets you blast your way through areas you've been through to sharpen your skills and earn a high score, not unlike previous games' Mercenaries Mode. If you have a friend with a 3DS and a Resident Evil: Revelations cartridge, you can team up for co-op action in Raid Mode as well. StreetPass functionality earns you special weapon upgrades and in-game Missions (such as "Perform 10 fully-charged melee attacks" or "Scan all enemies") to further increase replay value. 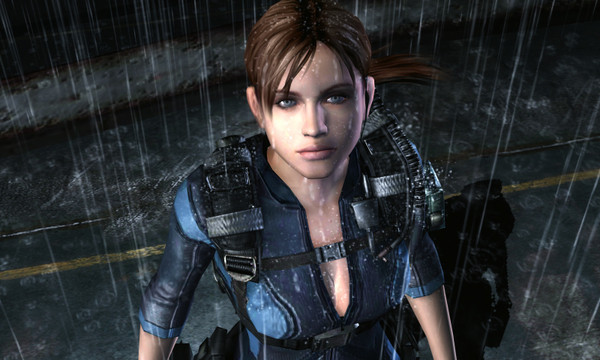