Check out the real-life locations of Keijo!!!!!!!! 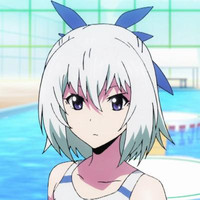 The Kyoto training camp came to a close this week, and the East – West War is finally upon us. So, before things start to get really heated in the next episode, now’s a good time to take a quick look at the real world locations of Keijo!!!!!!!!, in this week’s edition of Anime vs. Real Life!!!!!!!!

This show, about a made-up sport where the main goal is to push the opponent off a floating platform using only certain parts of the body, is one of Crunchyroll’s most watched anime this season – and it’s easy to see why. While the fanservice is definitely at the center of it all, Keijo!!!!!!!! also has all the right traits and qualities needed for a good over-the-top sports anime. Emotional mid-battle speeches (“Take your butt to the absolute limit!”). Ridiculous secret techniques, like Sayaka giving herself a wedgie to increase her speed (let’s see what new special move she’s going to unveil next week). And, most importantly: attack names! Nozomi’s Vacuum Butt Cannon is surely able to rival Goku’s Kamehameha.

While most of the screen time is dedicated to the fierce battles and rigorous training segments, we do get a few shots of real life locations here and there. The main setting of the show, Nozomi’s keijo academy, is located on Awaji Island, in Hyogo Prefecture. The island is situated between Japan’s main island of Honshu and the smaller Shikoku. And now, without any further ado, here are the real life locations of Keijo!!!!!!!!.

The opening sequence shows us the Akashi Kaikyo Bridge. It’s the longest suspension bridge in the world, with a total length of 3,911 meters. The bridge opened in 1998 and connects Awaji Island to Kobe. This specific shot is the view from the Hyogo Prefectural Maiko Park, which also features an exhibition center for the bridge.

The keijo elite class is on its way to Kyoto for their training camp, crossing the Akashi Kaikyo Bridge, which has a total of six lanes of roadway.

This already brings us to the next bridge, the Togetsukyo Bridge in Arashiyama. But more on that a little further down. Arashiyama is a district to the west of Kyoto that got famous for its natural beauty and now boasts a large number of tourist attractions, including the just mentioned Togetsukyo Bridge, Tenryuji Temple, a beautiful bamboo grove, and large number of small souvenir shops.

The bus drops them off in front of the Yoshiya restaurant, where the group tries to decide what to do during their free time.

Pic I took myself.

While the others are talking about setting up a party, Sayaka tries to butt into the conversation and convince her friends from room 309 to take a quick trip to the Kinkakuji Temple (shown on her guide). This former villa of a shogun was converted into a Zen temple after his death, and is now one of Kyoto’s most famous landmarks. However, Sayaka is not really able to get through to her friends…

… so, she settles for the nearby 19th century hall – a museum about old steam locomotives and pianos. The monument in the back was made from locomotive wheels.

Their tour then takes them to this little Japanese Confectionery in front of Arashiyama Station. The shop only sells yatsuhashi, one of Kyoto’s most famous regional products, and it's really the best thing you can bring back as omiyage (an edible souvenir typically wrapped in brightly colored packaging). These are basically cinnamon-flavored cookies made from rice flour (I just think of them as flat, triangular mochi), and they’re delicious.

The pillars here in Arashiyama Station are part of an art display called the Kimono Forest. These pillars are scattered all around the station. There’s even a footbath inside the station.

The Arashiyama Yoshimura is a famous soba restaurant in the area.

However, our protagonists jog straight past it; this is meant to be a training camp after all!

Actually, a jog along the Hozu River with the Arashiyama Mountains in the background doesn’t even sound that bad.

The wall to the left belongs to the previously mentioned Tenryuji Temple.

The Hozu River changes its name to Katsura River after it passes the Togestukyo Bridge in Arashiyama. This is the view from the Nakanoshima Park.

Togetsukyo Bridge is Arashiyama’s central landmark, and has been featured in a number of different anime, including in My Teen Romantic Comedy SNAFU, K-On!, and The Eccentric Family. The current bridge was rebuilt in 1934 and is 155 meters long. Togetsu means “moon crossing”.

It’s still going to be a while before we’ll get to see a real life keijo fight, but who knows, maybe the sport will catch on. On a final note, I hate to make assumptions, but the conveniently placed red lighthouse from the ending theme is probably located in Awaji city.

Who is going to triumph in the dramatic East – West War, and more importantly, who wins the never-ending battle between anime and real life? Comment below!