In Pure Mute, Cocona and Yayaka must both escape from a prison of their own creation 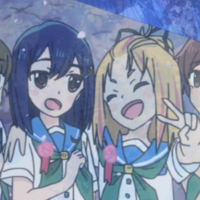 FLIP FLAPPERS has been ramping up all season, each episode growing more impressive than the last, effortlessly portraying nuanced character development through the literal metaphor of Pure Illusion and visual storytelling. Pure Mute represents the culmination of a subplot that has been simmering on the backburner for quite some time, Yayaka’s unhappiness and incompatibility with Asclepius. In the process of severing her connections with her former organization, FLIP FLAPPERS elegantly strengthens the connection between Yayaka and Cocona by forcing them to undergo the same trial, their own flawed coping mechanisms taking physical form in the realm of Pure Illusion. 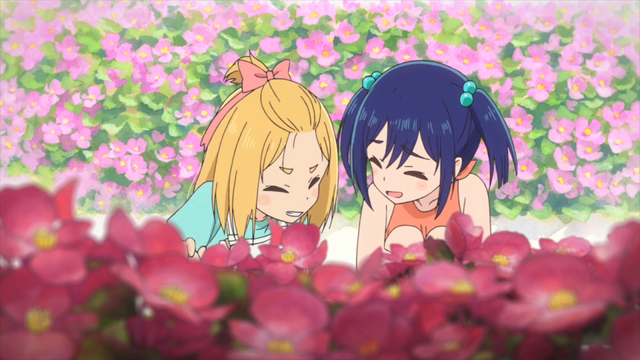 Although Yayaka spends the better part of FLIP FLAPPERS denying it, she and Cocona have very similar ways of coping with their problems. Each of them experiences a personal loss which has had a tremendous emotional impact and have found themselves ill-equipped to deal with. Cocona’s reaction to her parents death was to live in self-imposed isolation, avoiding developing strong emotional connections that could also be broken, insulating herself from loss by denying herself the pleasure of companionship. Although Yayaka was able to find cracks in Cocona's shell, she was ultimately kept at arm's length. Only Papika's relentless pursuit and ignorance of basic social moors gave Cocona the bravery to finally risk opening herself up again. 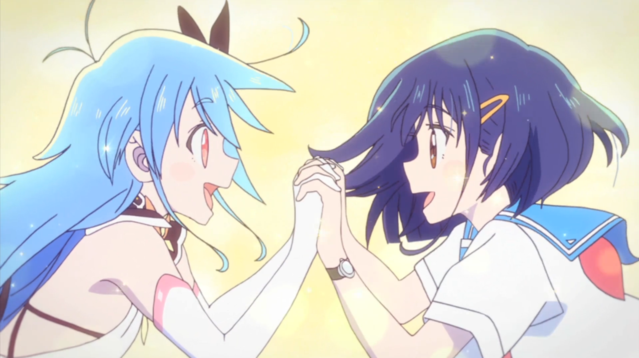 Yayaka doesn't appear to have any family and has similarly kept her distance from their classmates, spending her time hiding in the nurse's office instead of socializing. Outside the world of Pure Illusion, she is never seen with the twins. To Yayaka, Cocona may have represented a relationship just as important as the bond with one's parents. To be pushed away by her only friend would be painful enough, but she was also forced to suffer the sting of jealousy, helplessly watching as Papika entered their lives and almost immediately developed a deeper bond with Cocona than she had ever enjoyed. She became an outside observer looking in on the very thing she desired. She was replaced. 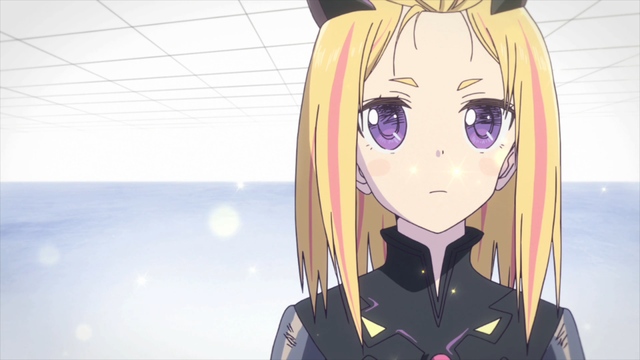 Pure Mute doubles down on Cocona and Yayaka’s complexes, finding both forced to once again confront the possibility of losing something dear to them. With the introduction of the third amorphous child, Yayaka finds her position within Aesclepius threatened. One more failure and she’s out. Papika’s recent obsession with Mimi has fed Cocona’s lingering doubts about their relationship. Connecting with Papika required exposing herself to the potential pain of losing someone again and now she can feel the shadow of the same axe hanging over her head. Cocona’s first genuine argument with Papika is instigated by Papika misremembering her favorite food and Cocona reflexively lashing out, already preparing for the worst. 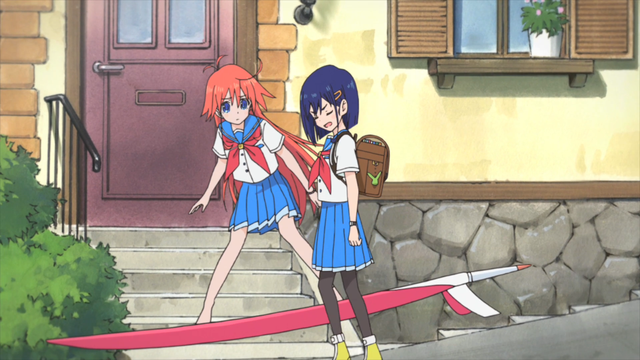 The Pure Illusion of Pure Mute proves to be one of the most psychically reactive of the series, reflecting the girls uncertainty and responding to their negative feelings. Upon their arrival, Cocona and Papika find themselves in a stark, white void, featureless and infinite. Devoid of the usual bright colors that accompany the girls joyous adventures and an intimidating empty space with no clear indication of where to go. The world is lonely, cold, and uncertain. If all three girls are feeling lost, this environment is certainly a manifestation of their mental state. In this world, Cocona and Yayaka are forced to confront their doubts. Their response to the pain of loss, to withdraw and isolate themselves, take the form of real prisons, giving form to their flawed means of coping and entrapping each of them when they attempt to defy their own feelings. 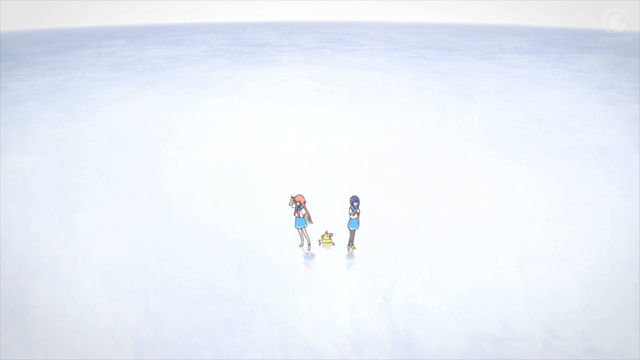 Cocona is the first to be trapped, captured by the Amorphous Defense Mechanism which, it’s revealed, responds directly to her emotional state. Her entrapment, appropriately, occurs as a result of her acting in the same manner as the twins, each abandoning their companions to prioritize obtaining the Amorphous. It appears as a dark room with impenetrable windows facing toward her friends, as mundane and featureless as the rest of her life before Papika arrived. Her paranoia of loss, aggravated on by Yuyu’s manipulations, takes hold of her as she fears both of her friends have forgotten her. As her doubts grow, her prison draws her away from the world around her, the window to the outside diminishing to a small point. In a microcosm of their earlier interactions, Papika is once again able to break Cocona out of her shell, putting herself in harm's way in a desperate attempt to free her. Realizing she hasn’t been forgotten, Cocona finds the courage to call back to Papika, and her confinement is broken. 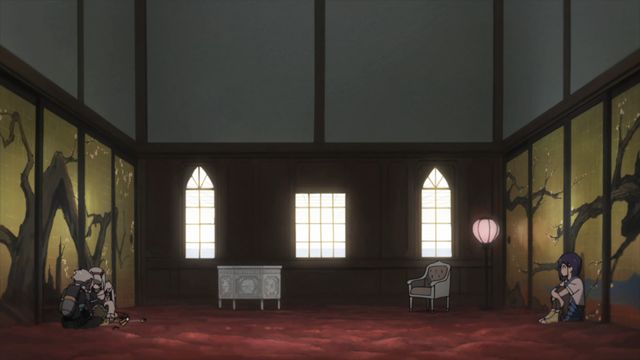 Yayaka’s prison appears as she confronts Cocona, spontaneously manifesting itself as Yayaka prepares to confront her own conflicted feelings. It takes the form of a shell of crystalline ice where her memories are held frozen, suspended in its facets. The loss of Cocona as a friend has become so painful to her that she now feels trapped by her memories of their time together. In defeating Cocona, Yayaka hopes to free herself from her and remove the final barrier which has been preventing her from accepting her role within Asclepius. As she lashes out at Cocona, her weapons also strike the faceted memories in the walls, shattering images of their shared childhood. Where Cocona escaped through reconciliation, Yayaka attempts to escape through division, falling back upon her faulty coping mechanism by attempting to destroy the good along with the bad. The image of Cocona and Papika’s smiling faces is the final memory to be broken. 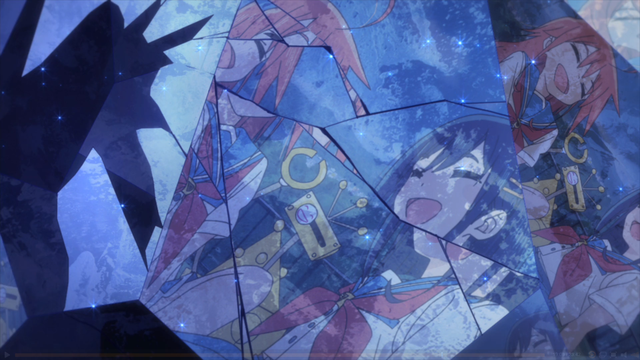 Since Pure XLR, Yayaka’s litany has been “my mentality is different”, an insistence to psychologically separate herself from Cocona and harden herself against her feelings. A mantra to herself to adopt the calculating, uncaring persona of her partners. When forced to truly hurt Cocona in the name of her mission, Yayaka simply couldn’t make herself do it. The difference in her mentality became undeniable. The twins acted as they always have, attacking their colleague without hesitation to claim the Amorphous. Yayaka reflexively acted as Cocona and Papika would, abandoning the Amorphous to selflessly shield her helpless friend. 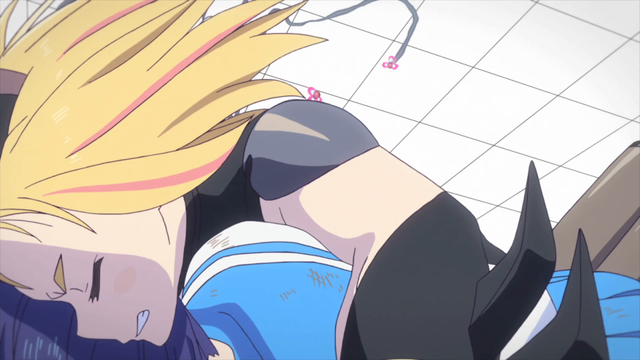 The tragedy of Yayaka’s character is that Cocona could very easily be in her place. Suffering from loss, each of them drew away from others to protect themselves from pain, resigning themselves to misery in loneliness. Both took solace in the the only individuals to reach out to them in their solitude. Cocona’s isolation was broken by Papika, a girl who loved her just for being herself and encouraged her to grow and pursue her dreams. Yayaka was left only with Asclepius, who demanded she conform to their methods and assist in their pursuit of an ultimate goal. Without a guide, Yayaka was only able to escape her painful cycle of self-rejection by bringing herself to the absolute limit and confronting the possibility of Cocona's death. Unfortunately, being true to yourself doesn’t guarantee a happy ending. 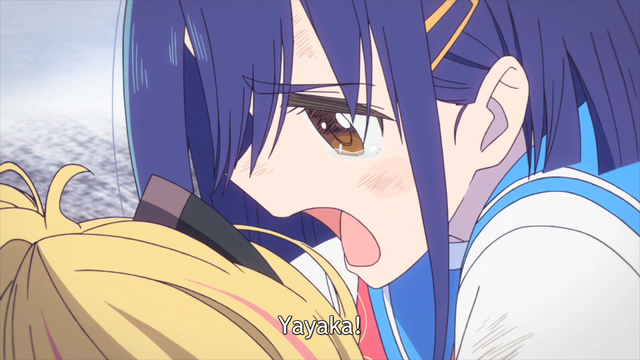