The Drum Island arc is an exciting, tragic winter wonderland 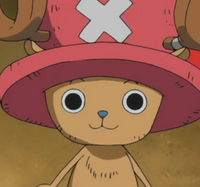 We've had a lot of fun this year. We dove into the ways that Whole Cake Island changes the stakes of the story it's in. We learned about why the Davy Back Fight isn't so bad after all. And we got spooked and scared by the joys of Thriller Bark. And that brings us to the holiday season, the season of giving. But what can I give to you? I'm just a simple internet man, a being of flesh and bone and weeb. Well, if the past year is any indication, I can give you another gift of One Piece. And this one is almost directly tied to snow and Christmas and the feeling of belongingness that's super important around these times.

It's the Drum Island arc, and the introduction of Tony Tony Chopper. 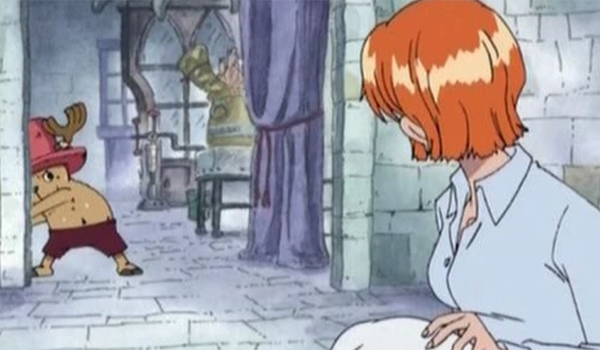 Now, ever since the creation of One Piece in 1842, mangaka Eiichiro Oda has been having a competition to see who can create the saddest story arc, a competition that only he is aware of. And when it comes to pure, simple, visceral, "Oh my god, I'm crying in the club and by 'the club,' I mean the Crunchyroll App" sadness, I don't think anything beats the Drum Island arc. The first time I watched this arc, I sobbed openly about a little reindeer man twice. But whatever. I've cried tons of times over One Piece because a 900+ chapter epic about super-powered pirates is the thing my heart always needed but never knew how to ask for. What makes Drum Island any different?

Well, Drum Island and Tony Tony Chopper are one of the most major themes of One Piece distilled into a single arc and a single character: the theme that if you are a good person, you will find a crew that loves you. No matter how strange you are, or how much the world has alienated you, if you are kind and try to do your best for people, eventually an excitable bro in a straw hat will ask you to join his family. It's a dream we've all had at one point or another, but what makes it so poignant here is that Chopper literally has nowhere else to go. He's stuck trying to care for people in a world that views him as a freak.

He isn't part of a huge race, like the fishmen. And because he's little, most people either assume that he's a raccoon or maybe even the Straw Hat's pet. He's the only one of his kind due consuming his particular Devil Fruit: half reindeer and half man. And the one person that was kind enough to take care of him was an outcast to society, a "quack" doctor that believed that there was no disease that couldn't be cured. And then that doctor died, leaving poor Chopper to carry on his legacy. 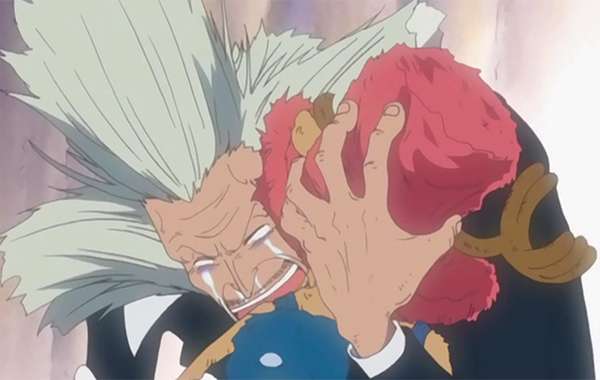 That's a powerful set-up for an arc, one that involves a vicious, petty king named Wapol, who joins the rest of those classic One Piece antagonists that make up for their, ahem, uncommon body type with pure malice. It's a nice little dichotomy. The setting of Drum Island, blanketed in snow, is beautiful, but Wapol, the man that runs it, looks like someone caked an angry potato in aluminum. Unlike someone like Rob Lucci, who is immensely gifted at hitting people in the torso but has a twisted sense of government justice, or Crocodile, who is an awful tyrant but is prime husband material, Wapol is pretty much unlikable all the way through. If you can find a redeeming quality in Wapol, you're probably Wapol. 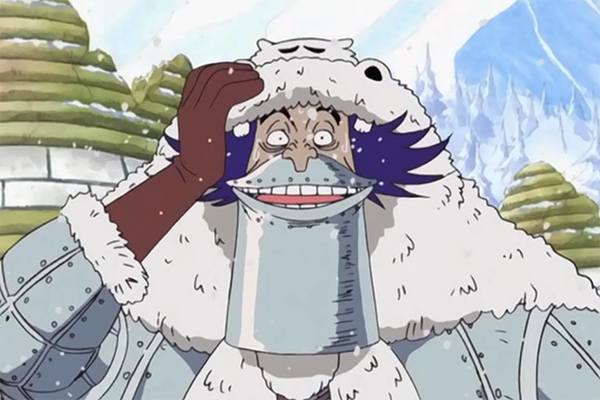 Obviously, you can tell how this all ends: Luffy blasts Wapol somewhere into the stratosphere. But it also exemplifies the spirit of giving, specifically in the fact that, due to joining the Straw Hat Crew, Chopper is actually given the chance to succeed. Look at this tiny dude. He'd probably never be able to become a pirate captain and sail the Grand Line without Luffy. Someone would probably eat him before he made it off the shore. At best, he'd be put into a zoo for talking raccoons.

But when the going gets tough, Luffy and Luffy's family will protect him so that he can accomplish his giant dreams. And that's a nice lesson to take with you into the holidays and beyond. I enjoy Christmas, but I have a few friends that have a rough time around this part of the year. So it's up to me to help make sure that they're comfortable and thus give them a more solid shot at the happiness that they deserve. You probably know some people that are going through difficult stuff, too. And while you probably can't hand their dreams to them or dramatically eliminate all of their problems, you can make life easier for them by just giving your support.

By joining Luffy's crew, Chopper ensures Luffy that he'll have his back, while Luffy ensures Chopper that he has his in return. And that extends beyond punching waves of enemies. It makes the Drum Island arc a perfect collection of episodes to watch during the holidays because the best thing you can have is another person. It doesn't matter whether they're a close friend, or a family member, or a bartender, or someone that replies to your tweets a lot to tell you that you're doing a great job at being a human. I don't mean to turn this into One Piece Sunday School, but we need each other.

So, for Christmas, give yourself the gift of the Drum Island arc and give others the gift of not being a jerk. That way, you'll get to enjoy things like Chopper's inaugural storyline, the good intentions of Dr. Hiriluk and Kureha, the punishment of Wapol, how rad Luffy looks when he's holding that flag up at the end, and beautiful human companionship. 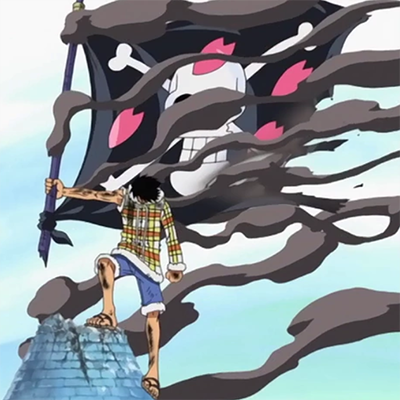 Merry Christmas, you awful, wonderful anime fans. Keep watching One Piece on Crunchyroll, and I can't wait to talk more about this stuff with you in 2019.

Daniel Dockery is a writer for the internet and a fan of Batman Returns. He has, like, the best Twitter.