How Big Mom Has Changed The Course Of One Piece

She's a better villain than we usually give her credit for 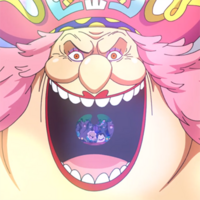 In a few episodes, the Whole Cake Island arc of One Piece will be ending. Sanji has returned from the Dark Side, the wedding has been crashed, Carrot had her Full Moon Great Ape transformation, Katakuri took a nap, and Big Mom has finally gotten the wedding cake that she's been craving since April of 2018. And while she devoured it, she sang the "Bad End Musical," a scene so ridiculously good that it united the two most divided factions of the nation. Of course, I'm talking about fans of the One Piece anime and fans of the One Piece manga, and for a few minutes, we were together in the common cause of thinking that One Piece is the dopest. 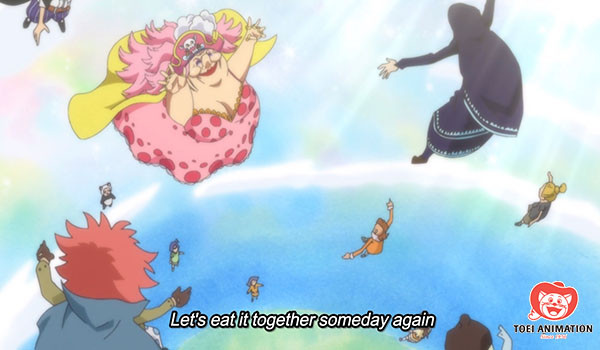 But after rewatching the Bad End Musical a few times, it dawned on me that I really like the character of Big Mom. I'd always been kind of fascinated by her, because she's an intensely powerful being that was abandoned by her parents and by her race for her uncontrollable strength, and so she controls this nightmare land where she rips souls from people and distributes them to non-living objects, thus creating a fake utopia where everyone "gets along." Meanwhile, she sadistically controls her many children and will lash out against them if they stand up to her or dissent in any way. Oh, and if her hunger pangs aren't satisfied, she goes on a rampage that would put King Ghidorah to shame. 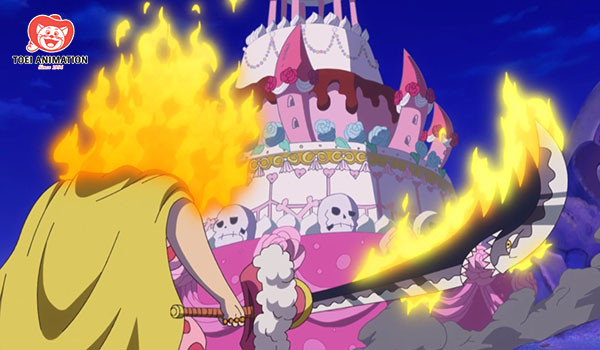 In short, she's got a heck of a resume there. And this game of villain plot Mad Libs represents a theme that One Piece creator Eiichiro Oda has been following, especially in the post-time skip era: That the most powerful antagonists in the world are rarely perfect, rational creatures but rather paranoid monsters that can barely keep it together.

I feel like the post-time skip era of One Piece gets a lot of grief for the fact that it's more "serious" than the pre-time skip. In the pre-time skip, the Straw Hat Crew often found themselves stumbling into situations that would have world-changing ramifications. They're simply trying to help people out and whoops, Luffy's got a three-hundred-million belly bounty, the world government wants their heads, the city of gold is real, and Alabasta got some precipitation. Meanwhile, the post-time skip has been mostly consumed with Luffy and Law's big plan to eventually bring down the emperor Kaido, though they've taken their time on some side quests in this particular open world RPG.

However, here is where a big contrast lies: In the pre-time skip, the villains are usually calculating baddies with intricate schemes that Luffy happens to barrel through. Arlong was a manipulator, Crocodile turned a whole country against itself, and Lucci was a master of espionage. Even Kuro (Remember Kuro? He had knife-ey hands!) was nicknamed "Kuro of a Hundred Plans." But in the New World, where the overarching plot line revolves around the measured take down of "The Strongest Creature in the World," the villains are a series of damaged, chaotic beasts.

Even Donquixote Doflamingo, who is the closest thing that we've seen in the New World era to a "criminal mastermind," is this pathetic, deranged creep that's obsessed with and ashamed of his family and his past. He's not cool like Crocodile or composed like Lucci. Instead, he's about ten seconds away from frothing at the mouth at all times. Yeah, he used his Devil Fruit power to turn an entire kingdom against its king, but he's not your typical operative that lurks in the shadows. Instead, he's a mad ruler that remains terrified of Kaido. 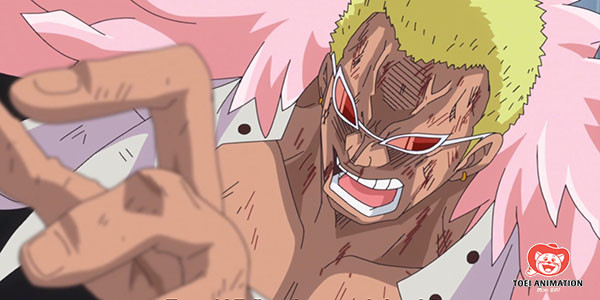 Oh, Kaido? He's a depressed alcoholic that literally plummets into the One Piece storyline. And while he checks all the "One Piece mega boss" boxes, he's not a gruff arbiter of bicep wish fulfillment. Instead, as you'll see in the upcoming Wano arc, he tends to freak out about stuff. I don't want to spoil anything, so I'll put it this way: If someone got Kaido's order wrong at Burger King, Kaido would end up getting kicked out of that Burger King.

And Hody Jones? Well, when faced with any difficulties, Hody's master plan was to just do more steroids, so I think that says it all.

But I think Big Mom is the best example of this trend, as all of her henchmen (...henchfamily?) have to tip toe around her, for fear of toppling her mood over. And she gained her Devil Fruit power when she became so wrapped up in happiness that she didn't notice that she was eating her adoptive mother and her friends. She's the opposite of your typical "IT WAS ME THE WHOLE TIME" villain and while I hope her motivations get even more fleshed out in the future, I like that. There are plenty of villains that made their mark due to always being one step ahead of the heroes. Meanwhile, characters like Big Mom, and Kaido, and Doflamingo are constantly unpredictable, because you can never really tell where their evil plans end and their insecurities begin. 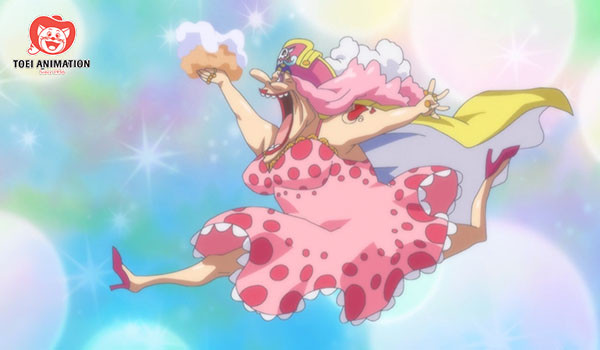 Overall, if you aren't watching One Piece, you should start now. The last few episodes have been ridiculously good and I can't wait to see what the anime does with the Wano arc. Now, if you'll excuse me, I'm gonna watch the Bad End Musical again because I have no good reason not to.

Do you like Big Mom? What do you think of the post-time skip era? Let us know in the comments!

Daniel Dockery is a writer/editor for Crunchyroll. He has a Twitter for his many dumb thoughts.