Suda51 on DLC, Devilman, Violence in Video Games, and More!

More on Travis Touchdown, Go Nagai, and all the things Suda loves the most 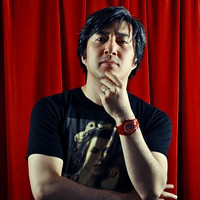 Suda51 is not afraid of sequels--he's made several follow-ups to No More Heroes, including the recent Travis Strikes Again: No More Heroes--so I'm appreciative that he was down to have another interview with me, following up from our last chat at PAX West 2017.

Last time I talked to Suda-san, it was before we'd had a chance to play (or really see any of) Travis Strikes Again, and while I did get a chance to talk about his favorite past creations, we ended up deviating quite a bit from the intended topics, talking a whole bunch about David Lynch, Go Nagai, and Hotline Miami, among other things. Truth be told, this second interview is a lot more of that--Suda-san's favorite anime, anime and manga that didn't quite click with him growing up, and a sobering look at the difference between "action" and "violence" in media.

Thank you for taking the time to talk with me again, Suda-san! The last time we spoke was PAX West 2017, and a lot's happened since then. With Travis Strikes Again out on Switch, what's next on your plate?

First up is the second batch of downloadable content for Travis Strikes Again's Season Pass--once that's all out, then the game will be complete. 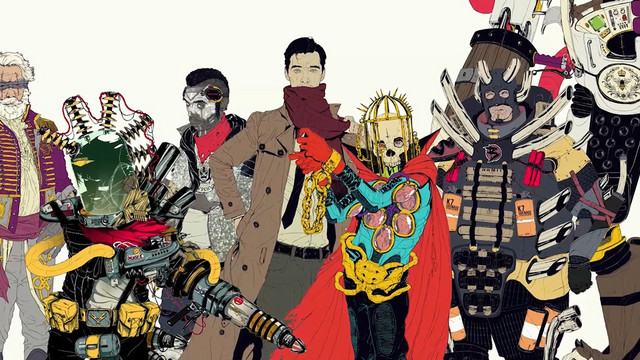 What's something you put into Travis Strikes Again that you feel particularly proud of, that players may not necessarily notice their first time through?

So there are parts in the game where you change maps, and it creates this afterimage effect of Travis' character model. This originally started as a bug, but it looked so cool that I wanted to keep it in as a regular effect. There's something similar with some of the low-level enemies--there's a pixelating, tearing effect on the character models that also started as a bug, but we liked the look of it. It was actually harder making those effects happen regularly instead of just patching them out so everything worked "normally."

That took quite a bit of back-and-forth correspondence with Hotline Miami's creative team--I had my English interpreter play through some of the early levels so he understood the feel of the language we wanted in that segment, to match exactly what was said and how it was said. I'm very happy with how that segment turned out.

Last time we spoke, you mentioned that if you were to make an anime or manga-based game, your first pick was Gundam: Hathaway's Flash. Well, now there's a movie coming out--are you looking forward to that?

Oh yes... that's later this year, right? It looks very cool, and I think it does something that many Gundam stories don't do, capturing how scary war and fighting can be. 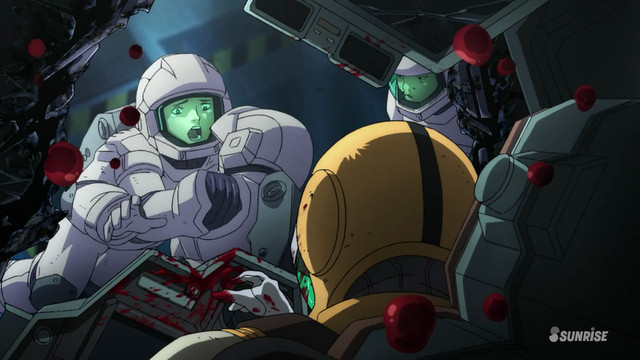 On that note, and this is a personal question: did you see Gundam Thunderbolt?

Yes! That was a very harsh story, and in the same vein as Hathaway's Flash--nobody really wins in Thunderbolt.

We also spent quite a bit of time talking about your love of Go Nagai, especially Violence Jack. Did you have a chance to check out Devilman Crybaby?

It was everything I hoped it would be. I think one of the key moments of Devilman is Miki's death--it's a major turning point for Akira as a character. So I was watching Crybaby wondering how or if Miki would die, and how that would affect the story. One of the best parts was watching the world break down as the devils took over. 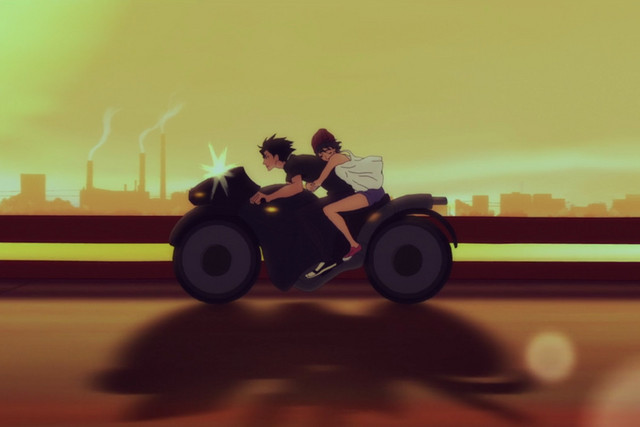 So I'm not gonna say this is a regular thing with anime, but it's starting to become more prevalent--older titles remade with a modern audience in mind, like Devilman Crybaby, or MEGALOBOX, or the upcoming SPRIGGAN adaptation. You've mentioned before that Violence Jack is one of your favorites--how would you feel about Jack getting remade?

That could be really cool! So many people who didn't know anything about Go Nagai were introduced to his work with Devilman Crybaby, and a new version of Violence Jack could be very interesting, especially with how the great earthquake that starts this apocalypse would remove all the modern conveniences of present-day Japan. Also, I think it would be cool to see it in a new style--I already know the story of Violence Jack, so it doesn't have to be the same one I've seen before--a fresh take would be much more interesting.

What was an anime or manga that was very popular when you were young, but you just couldn't get into it?

I think this is more to do with being just old enough to not enjoy it as much, but... Saint Seiya. That looks more like something for your generation, I'm the one right before yours. Also, Kinnikuman--I know a lot of people love it, but it never really clicked for me. It always felt like a parody of pro wrestling, instead of a serious pro wrestling story. 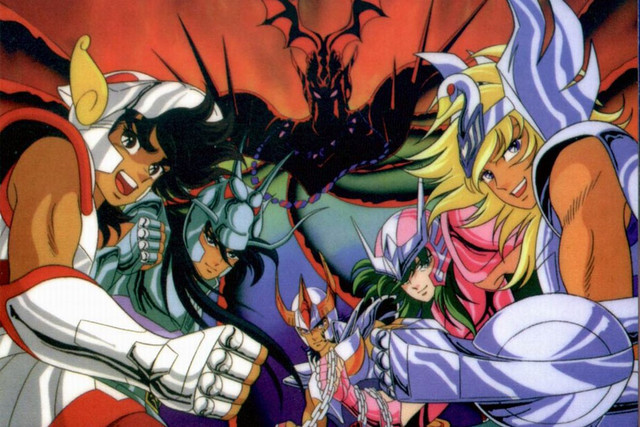 LIGHTNING ROUND! These are a bunch of quick questions I'd like you to answer off the top of your head. First off, are you playing any games right now that you're really enjoying?

Ape Out! If you haven't played it, definitely check it out!

What's a movie or TV show you've recently watched that you think more people should check out?

I came across this documentary on Netflix titled 22 July, about a shooting that happened in Norway. It was very sobering, and made me really think hard about how I use and present guns in video games. It's interesting because I don't shy away from violence in games with fists or swords, because there's a more fantastical element there. But with people dying in the real world, I don't want to glorify that kind of thing in my games.

It's the difference between "violence" and "action."

Exactly! Action has a purpose and exists to entertain, it's created. But seeing these kinds of things really happening to people, seeing their lives get destroyed... it really opened my eyes.

What's your regular order at a bar?

I'm not quite sure if there's an English name for this drink, but... szarlotka? I've been to six bars in San Francisco, ordered it at each one, and they're not able to make it because it requires a specific vodka. I've never had a szarlotka, but I really want to, so right now it's the drink that's always occupying my thoughts. 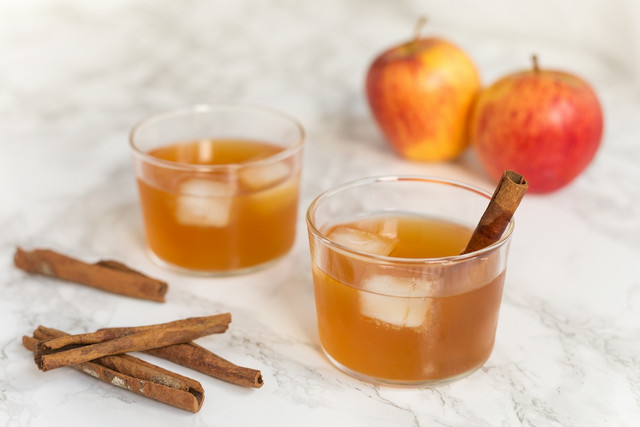 What happened to the other 50 Sudas?

I defeated them all in single combat. This is like that Jet Li movie, The One.

Suda-san, you've been making video games for over 25 years now, with no signs of stopping. Grasshopper Manufacture just celebrated its 20th birthday. If you could go back and tell young Suda51 something you know now, what would you tell him?

I didn't think it was very important at the time, but now I feel like I should have studied English when I was younger. While I appreciate my interpreter and everything he does for me, I wish I were able to carry on conversations with English-speaking people by myself. Maybe if I go back in time and fix that, we can create a stronger, better me--that would be Suda52.

And on that note, we're here at GDC with all sorts of people wanting to make games. What's something you'd like to say to everyone out there who wants to make their special thing?

Many creative people are preparing for their one game, or their one project. While that is admirable and a good way of preparing project to project, you should also consider how you're going to make your second project, your third, your tenth. Putting out one game, comparitively, is easy--it's doing it nine more times that's a lot harder, and keeping that same motivation all the way through. But if you want it enough, you can do it.

And that's everything! Would you be down for a Violence Jack remake like Suda-san? Do you think the world is ready for Suda52? Sound off in the comments with your thoughts on his answers!