What We Want Out Of The New Symphogear Season 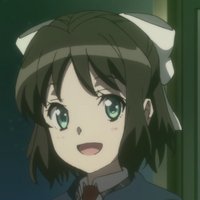 SPOILER WARNING: This article discusses major plot points from the end of Symphogear AXZ, which is currently being added to the service, and episode 2 of Symphogear XV.

It's been a long time since I've been this hyped for the new season of an anime, but that post-credit sequence from the last series has me really excited for the possibilities that may await us in Symphogear XV. But while a more prominent role for Miku has been at the top of my wish list for a while, it isn't the only thing I'm hoping to see! So, to make myself look silly when none of this happens, here's what I'd like to see in Symphogear XV!

1. The Return of Miku Kohinata

Hibiki and Miku's relationship is unlike any other in the series, and the way it affects both sides of our punchy protagonist's double life is a testament to the bond they share. Miku is undeniably Hibiki's rock; her lasting connection to a normal life, and the one person who can keep her grounded even in a crazy world of magic relics and Illuminati alchemists. I've loved moments both where they're enjoying the bliss of civilian life, and times where those worlds collide - leaving Miku caught in the middle and Hibiki at her most vulnerable, which may be happening soon on an unprecedented scale! 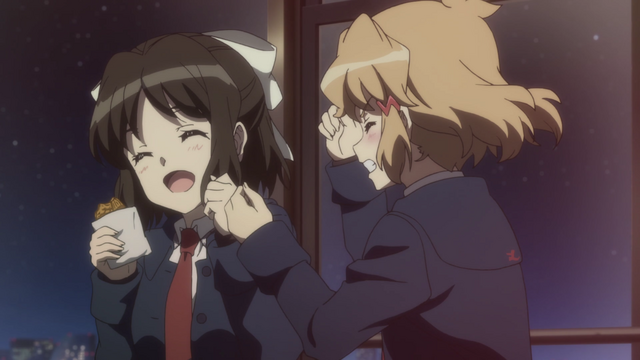 I've been giddy with excitement since the end of Symphogear AXZ, when Genjuro realized that Elfnein's theory about Hibiki and the Shenshoujin could mean that Miku can also harness divine power. If the Bavarian Illuminati remnants wish to continue Adam Weishaupt's mission, then poor Miku may be in for a rough time. At least this could mean a much bigger part than her already popular role in Symphogear G.

2. Boss Man Throwing His Weight Around 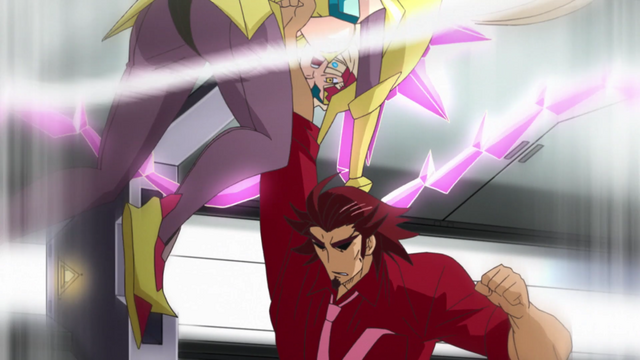 Most people know Symphogear for the girl who punched through a mountain and suplexed a space shuttle, but there was a time when Hibiki wouldn't have even been able to punch a fly. That strength had to be taught by someone, and that someone is Commander Genjuro Kazanari.

Remember how he held his own against, and even gut-punched, Finé? Or when he slapped around the entire cast like they were nothing during a training session, even catching Chris' missiles with his bare hands? He may not have a Symphogear, but a love of martial arts movies has turned Genjuro into a dude that you don't wanna mess with. So I wonder why he rarely goes out on the front-lines himself? Maybe he just likes getting others to do his work, or wants to give his enemies a fair chance? Whatever his reasons, as unlikely as it may be, I'd love to see this "normal" human unleash all his natural muscles on an alchemist!

If Symphogear XV's second episode didn't set a harrowing tone for things to come, then I don't know what will. Millaarc made her villainous presence known in a big way, single-handedly delivering S.O.N.G.'s biggest loss to date. To make things worse, the shocking display echoed the franchise's very first episode, but with one key difference: the Climax Song.

Had Kanade not sacrificed her life that day, or if Tsubasa had sung that fateful tune, how different would the characters' lives be? Thoughts like that will surely plague poor Tsubasa in the weeks to come, and may inspire the Symphogear wielders to do whatever it takes (as the Avengers say) to avoid a repeat. 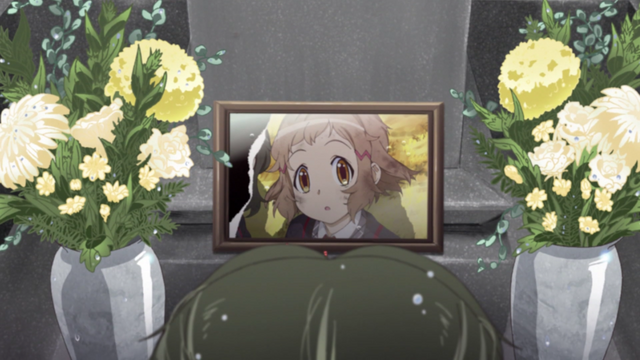 While they're no strangers to singing Climax Songs themselves, the prices paid have yet to be as permanent. While I absolutely adore her, I found Kirika invoking hers to protect Hibiki in Symphogear AXZ to be one of the series' most emotional moments, complete with poignant last words as she lost consciousness. However, a LiNKER overdose saved her life. I mean, I'm glad she survived, but at the same time, it was such an emotional moment, y'know?

I'm not calling for an Akame ga Kill-esque headcount, but perhaps the growing threat of the Bavarian Illuminati and the God-like Custodians may prompt one of our beloved favorites to remind us why Climax Songs are such a feared last resort? Maybe the series' final scene could even call back to the franchise's very first...

It's a good thing Kirika did survive, though. If there's one thing I want just as much as Miku drama tearing my heart out, it's to finally learn the backstory of Symphogear's cheerful little buttercup, Kirika Akatsuki. 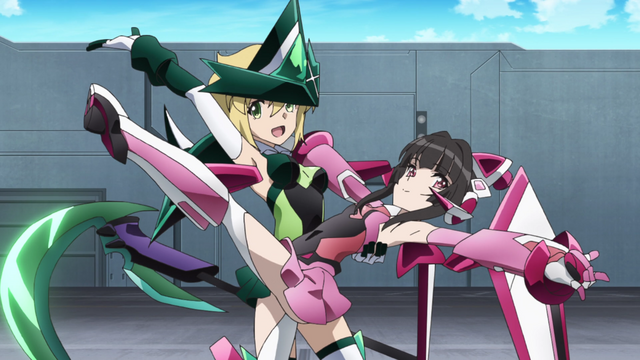 While we know the origins of many characters, the pole-dancing princess remains such a joy-filled enigma (She doesn't even know her real birthday!) Like her partner Shirabe, Kirika was an orphan kidnapped by F.I.S. in the hopes of her one day containing Finé's soul, but that's about as far back as her known history goes. Some fans believe character songs suggest she's survived starvation or bombings, but little has been revealed so far.

It took us until Symphogear AXZ to learn a bit of Shirabe's past, and with public awareness of Kirika at an all-time high thanks to animator Yoshiyuki Okubo's fantastic transformation sequence, hopefully there's still time for the meat-loving girl to stand in the spotlight! So let's see if any of this happens in Symphogear XV, now streaming on Crunchyroll!

How about you? Let us know what you’d like to see from Symphogear XV in the comments! New episodes are available weekly, as part of Crunchyroll’s Summer 2019 season!