And he finally reveals who the sexiest animated character of all time is, too! 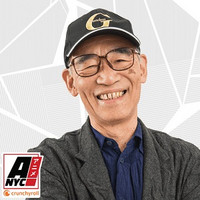 On Friday, November 15th, it was officially declared Gundam Day in NYC. Not so coincidentally, it happened to be the same day that the legendary creator of Gundam himself, Yoshiyuki Tomino, was in New York City for the first day of Anime NYC. Later, in a crowded room full of hundreds of fans, Austin Walker of Vice Games brought him out for a candid, illuminating chat about the legacies both he and Gundam have left behind. He walked on stage to a standing ovation and hundreds of fans chanting his name, to which in English he simply replied, “I love you too.”

Walker began the discussion by asking what about Gundam has made it so enduring in Japan and around the world. “Every single thing I work on, I try to make a super mega hit... and they all fail,” Tomino said. “You tell me.” Walker replied that with Gundam, he told a story that brought people in with action and spectacle while sneaking in a universal message with characters they could relate to. “In short,” Tomino added, ”Because I made it.” 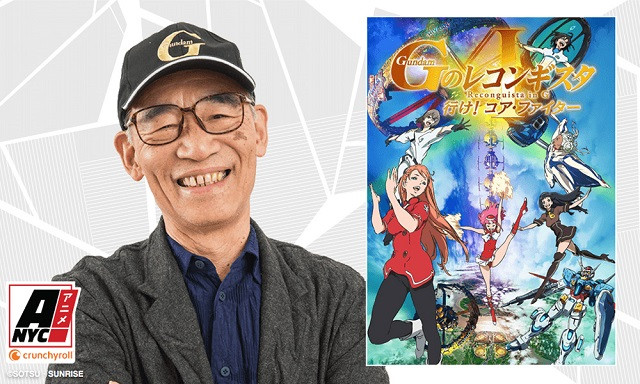 When asked about how he thought animation had changed in the past forty years, Tomino said it was a difficult question since he hasn’t really watched any recent anime. Walker pointed out that he made Gundam Reconguista in G back in 2014, to which Tomino replied, “Five years ago when it first aired it didn’t get much public recognition. I’m still very depressed about it.” He added that he’s currently remaking it so that it can be popular this time, but that it would be hard to market to the audience since it’s aimed at kids.

Walker asked if there are any technologies he has now making anime that he wishes he’d had before. Tomino said that new technology allows him to create different types of space colonies and bases he couldn’t before. “I really wanted to create a donut shaped base. The fact I can do that now with digital animation is a very big plus.”

Walker noted all the different mediums he’s worked in over the years and asked which of them is his favorite. Tomino said that because he’d started out in TV animation, film was newer and more interesting for him, but licensing always posed an issue which is why he made novels. 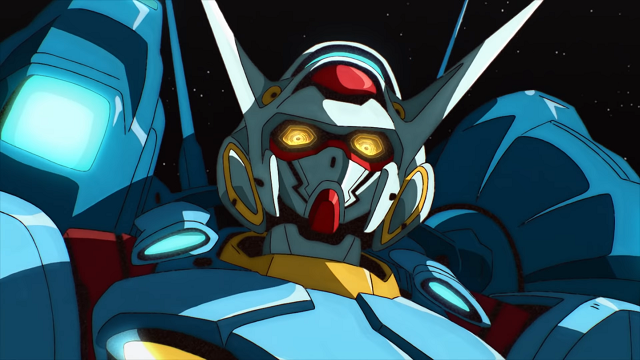 When asked how he’d evolved as a creator, Tomino admitted “I don’t think I’ve evolved at all... I’m getting up there is age, so I’ve been finding it hard not to a backward roll. It’s a daily fight.” Walker added that with the rerelease of Reconguista in G everyone will be able to see for themselves if that’s true, and invited Tomino to introduce everyone to the Regild Century it takes place in following the Universal Century, to which Tomino groaned.

“What if the theme of it was 'I wanted the earth to be eradicated.' I can’t blurt something like that out,” he began. “I realized having such an opportunity like this to meet all of you, there’s something I have to rethink. In short, to be here and to meet all of you and to actually have fun, it’s something good for me because it makes me think about the future. In terms of what I mean by I have to rethink... I have to look at how I can envision humankind evolve in a good direction and hold on to hope and bring new stories.”

“Most of all what I wanna say is I am at this age, but those of you who are young, I want you to be like, ‘Man, adults shouldn’t be so dark and depressing.’ I want you to think that’s bad and go home and create new ideas and concepts by seeing negative examples. I’m hoping to help be a part of the experience to teach you to go back and create new animation that tackles real life problems and within the creative process come up with possible solutions.” 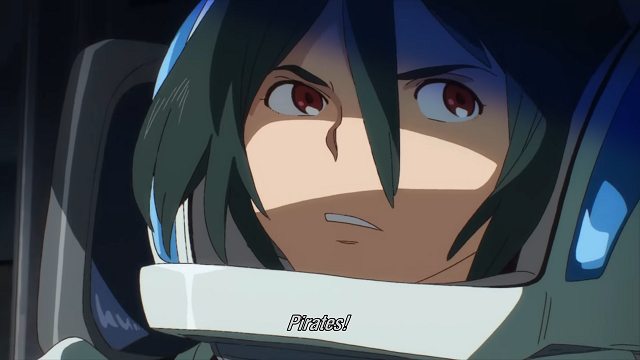 “Coming here to New York City this time I felt deeply that perhaps this is the best place that can give birth to new hopes. I’ve actually been to other gatherings in many cities across the world. I feel the emotional atmosphere of Anime NYC is so much more colorful and diverse than any places I’ve been. It doesn’t get me down, so I myself can remain positive as well. Thank you.”

Walker then asked Tomino which of Gundam’s many themes means the most to him, to which he answered, “We all must aim to become Newtypes.” When asked if there are any themes he’d like to see Gundam address in the future, Tomino simply said, “Actually, I don’t think so. I think we’ve covered quite a bit.” Walker concluded his Q&A by asking if the people of the Universal Century learned anything from all the conflict and destruction of their time. Tomino replied that it’s actually because he doesn’t believe they learned anything that they arrived at the story of Reconguista in G.

The floor was then opened to audience Q&A. One audience member asked if Turn A Gundam will ever get a prequel. Tomino admitted that he’d never even thought of it, which makes him feel like he can’t write a good enough backstory, so he considers its story already complete. Another asked if Mobile Suit Crossbone Gundam will ever get an anime, to which Tomino slyly smiled and answered, “I think so.” 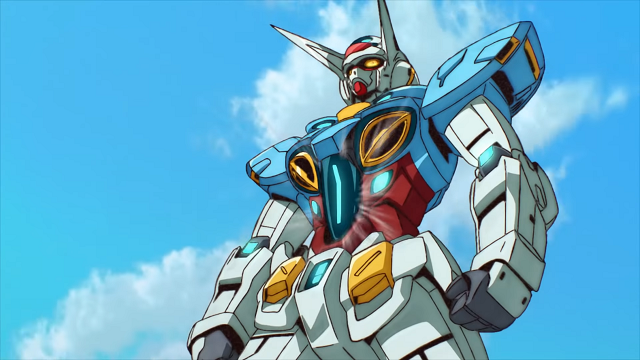 Another asked if there are any moments or scenes from Gundam that are significant to him on a personal level, to which Tomino said that he makes it a point not to have any favorite moments or scenes. He later gave a similar reply to a similar question about characters, and added that he finds himself leaning towards background and supporting characters who get little screentime. One audience member pointed out all the musical credits he has for Gundam and asked if that was done out of necessity or if he has any musical background. Tomino said that in the beginning he’s ask other people to write the lyrics, but was never quite satisfied with the results. He does try to lean on professionals whenever possible.

When asked about what inspires him when naming characters and how they connect to the personalities, he said, “It’s a very challenging process. Each and every time I figuratively sweat profusely. It’s a very momentous and gargantuan process, especially because I like to use unique names. I do have to sometimes use existing names. It’s very difficult.”

Another audience member eluded to Gundam’s more adult themes and asked how he’d like to see younger Gundam fans and their understanding of them evolve as they grow older. Tomino said that he can’t speak to the more recent series and that he had always been aiming for a ten to fourteen year old demographic. However, he pointed out, plenty of movies we enjoy as kids have mature themes we don’t appreciate until we’re older. “That’s the power of movies. I no longer feel like I need to aim for a certain audience. I can make things people of any age can enjoy, and they’ll find new things to appreciate as they grow older.” 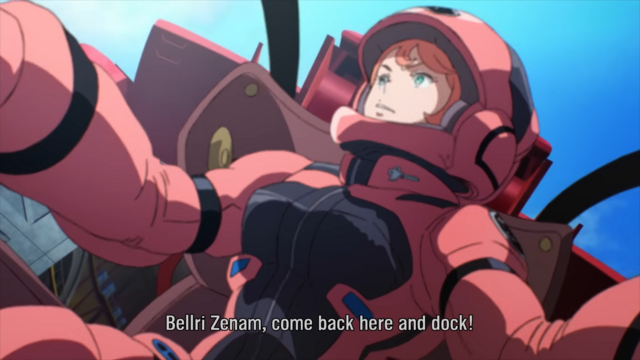 When one audience member asked if he’d always envisioned Gundam’s popularity, he said “It was always the master plan.” When another asked how involved he was in the life-sized, moving Gundam statue being built in Yokohama, he admitted, “I was quite involved in the beginning, except no one would listen to my opinions. I don’t know if I’ll actually be able to like it.”

One referenced some comments he’d made recently about the works of Makoto Shinkai lacking intimacy and asked what anime were sexy enough for him. Tomino said that he didn’t think “sexy” was the right nuance for what he’d said, but added that in his mind the ideal sexy animated character is “Disney’s Snow White.” Another asked him for his opinion on the relationship between Char Aznable and Amuro Ray. Tomino suggested they ask the two of them directly.

As the time wound down on the panel, one fan asked which of his non-Gundam shows should Gundam fans watch. Tomino said that as much as he’d love to recommend some, he wouldn’t. “My personal philosophy is if the creator themselves pitches a project, it’s because it’s unpopular or unsuccessful.” For the last question of the day, someone asked if he’d ever drawn inspiration from American sci-fi such as Star Trek. Tomino said that sadly, he had been too busy writing his own space odysseys when those were airing, so he was never immersed in them. 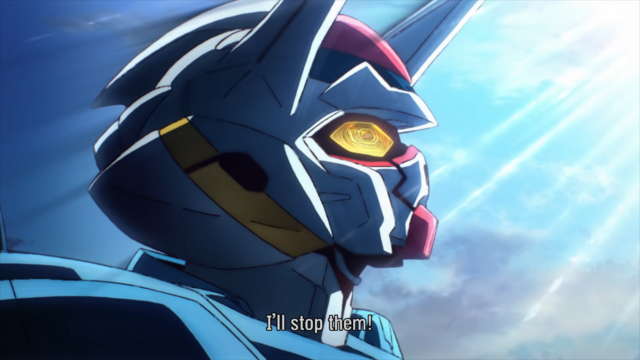 The first of five Gundam Reconguista in G compilation films is set to release on November 29, 2019 in Japan.

Are you a longtime Gundam fan? A newer one? If you could ask Tomino one question what owuld it be? Let us know in the comments below!