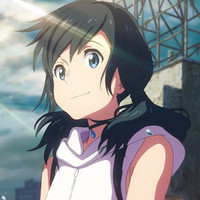 Makoto Shinkai wasn’t exactly unknown in the anime industry prior to making Your Name. His professional career as an animator dates back the past two and a half decades, and he was already an award-winning anime director by the new millennium thanks to the short film She and Her Cat. He’d been regularly releasing feature films ever since, but his award-winning, record-smashing, blockbuster success of a release back in 2016 has all but guaranteed it as the One Thing he’ll always be known for. It’s inevitable that everything he creates from here on out will end up being compared to Your Name, though that's a bit unfair. After all, how can you improve on your magnum opus?

Regardless, it feels necessary to critique his latest film Weathering With You through that lens. Unfair or not, Your Name was a massive success, one that’s led some publications to dub (or perhaps deify) him the “New Miyazaki,” as if selecting one fit for animation’s papal crown. It’s no small stretch to suggest his recent commercial success has garnered him millions of new fans, fans who’ll be looking to capture the same magic with this latest film that they felt watching Your Name for the first, second, or fourth time. And after watching the film at its East Coast US premiere in New York City, Shinkai and co. are all but begging audiences to remember how good Your Name was, without doing themselves any favors in the process. 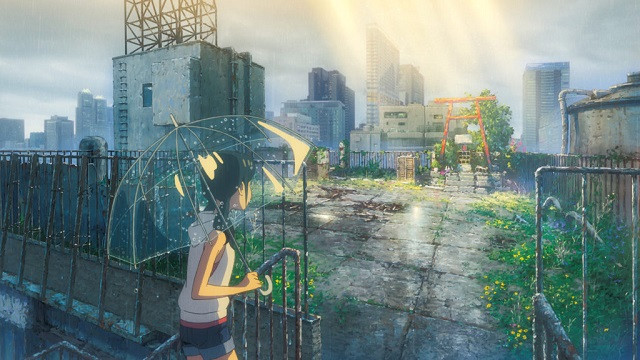 Weathering With You follows a sixteen year old boy named Hodoka Morishima who runs away from his small island home and moves to Tokyo where he scrapes by off working for a small occult magazine investigating the months-long neverending rainfall. One day a young-looking girl offers him some food, and he later returns the favor by rescuing her from some shady-looking men. Her name is Hina Amano, and she possesses the incredible power to clear the skies with a single prayer.

The tone being struck in Weathering With You is, by and large, a drearier one than in Your Name. Not only are many of the situations the protagonists are placed in darker from the outset, but the conceit of a city being perpetually cursed with heavy rain creates an inherently dreary atmosphere. This is, of course, by design. The characters themselves note that weather greatly affects the spirit. The unfortunate side effect of this direction is just how much of the film becomes drenched in stale blues and grays.

The more muted, oppressive atmosphere is surely by design, but when the clouds do break and the sun does shine through with color, it never quite reaches the vivid heights that Your Name aspired to in either its city or countryside environments. It also feels like a step down in the animation department, lacking the striking compositions and ambitious sequences of its predecessor. 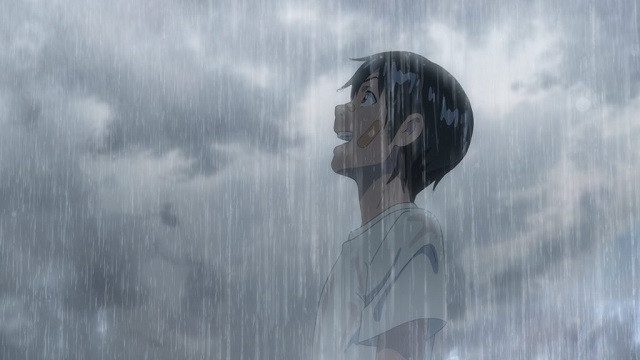 On a moment-by-moment basis, the writing was pretty enjoyable. Every individual felt unique within the film, and their interactions with one another both entertained and endeared. Humor is arguably one the movie’s strongest qualities. Taking a step back, though, I feel like I learned very little about the characters, particularly the most central ones. It’s a much more plot-driven story than a character-driven one, giving the characters less time to breathe and really establish themselves.

Look at it this way, if Your Name leads you along by a thread, giving you time to get to know the characters before revealing the full breadth of its plot, Weathering With You sticks you on the tour bus and hits the gas. Not only do you kind of already know what you’re going to see, you also don’t get that much time to actually see it. It can be very reactive, with characters sometimes literally flinging themselves in one direction for no reason other than to advance the plot.

It all culminates in service of a central theme that I honestly struggle to wrap my mind completely around. Not out of complexity, mind you, but more out of inconsistent and questionable messaging. 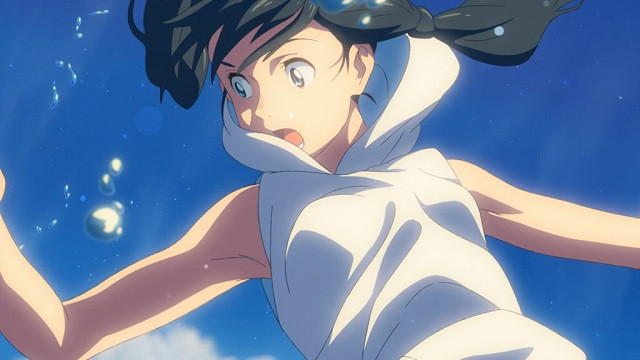 If Shinkai and co. weren’t trying to create some kind of climate change connection here, they did a terrible job. It doesn’t take much imagination to envision the effect two straight months of heavy rainfall might have on a bay city like Tokyo. It’s not subtle, and the ecological disaster metaphor is downright conflicting in its resolution. I'm genuinely curious to find out what other viewers think about the ending once it receives a full release.

None of this means it's by any stretch a bad movie. At worst, it’s fine. And despite all the differences I noted between the two, I do think many fans of Your Name will enjoy Weathering With You too. It certainly tries to hit the same emotional moments, and in some cases succeeds. Without spoiling anything, it also directly references Your Name in such a blatant and heavy-handed way I couldn’t help but roll my eyes. But you know, why shouldn't it? Shinkai’s earned enough goodwill from his newfound fans that he can certainly get away with a bit of fanservice and retreaded ground. Some of the magic that captured us before is certainly still there. Hopefully next time we'll be able to find the rest of it. 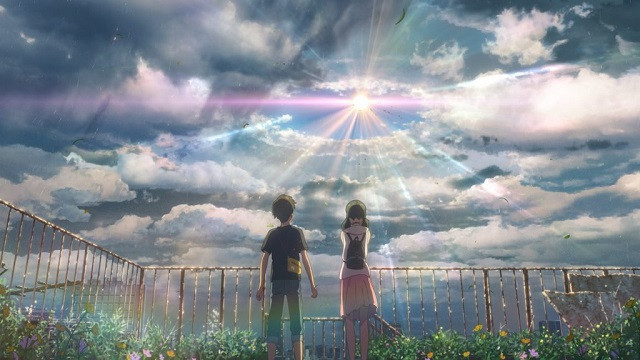 Subtitled and dubbed screenings of Weathering With You will be held on January 15th and 16th of next year, with the full theatrical run beginning on the 17th.

For another perspective on the film, please check out our other review of Weathering With You by Daryl Harding.

Are you looking forward to seeing Weathering With You in theaters? Were you able to attend one of the screenings already? Let us know in the comments below!

-----
Danni Wilmoth is a Features writer for Crunchyroll and co-host of the video game podcast Indiecent. You can find more words from her on Twitter @NanamisEgg.
Do you love writing? Do you love anime? If you have an idea for a features story, pitch it to Crunchyroll Features!
Теги
weathering with you, anyc, anime nyc, makoto shinkai, your name
« Предыдущее сообщение
Анонсирован третий OAD-эпизод «О моём перерождении в слизь»
Следующая публикация »
Топ-100 аниме десятилетия от редакции Crunchyroll: 100-26
Другие главные новости
0 Комментариев
Оставьте первый комментарий!
Сортировать по: