FEATURE: What Does Sarada's Use Of The Chidori Means For Boruto's Themes? 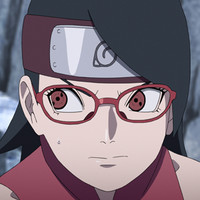 SPOILERS AHEAD FOR EPISODES 206 AND 207 OF BORUTO: NARUTO NEXT GENERATIONS

A while back, Crunchyroll News writer Paul Chapman and I were discussing Naruto, something we do fairly frequently because it's Naruto, and why not? He was watching through Shippuden for the first time and the theme that stuck out the most to him was the fact that young people are often made to inherit the wars of the old. It's powerful stuff for a series about a loud ninja boy and his goth frenemy and it's present from the beginning. In the very first episode, whether we're dealing with Naruto defacing Hokage Rock with graffiti or being pursued by Mizuki over the Scroll of Seals, it's apparent that Naruto has to grapple with a past and a legacy that he will, over time, have to come to harshly understand.

Naruto and Sasuke are both orphans, and in the case of Naruto, it means their lessons about how history has (and is supposed to) shape them comes from their teachers, peers, and enemies. It presents a pretty violent cycle — the biggest obstacle in front of Naruto's dream of becoming Hokage isn't himself but the fact that so many mistakes have been made and so much bad blood exists across the various lineages and relationships in the Naruto universe that it has to first become a village worth leading. Naruto and his group have to root out its issues just as much as they have to eventually fight the people who want to cause and have caused said issues. 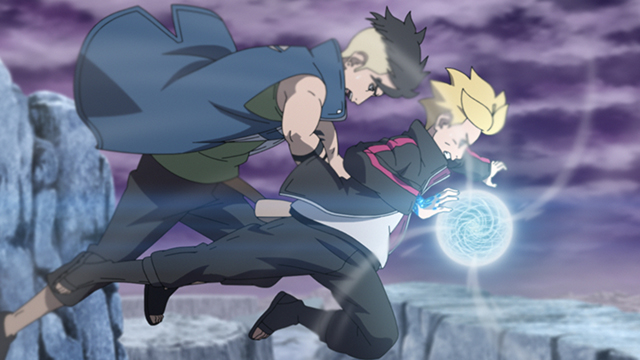 So by the time BORUTO: NARUTO NEXT GENERATIONS starts, there's a feeling of renewal, and not just because Boruto serves as equal parts soft reset and sequel. Naruto, Sasuke, Sakura, and the other parents in the Hidden Leaf Village now have the chance to raise their ninja kids in a way that they missed out on. But that doesn't make it any less complicated. Naruto is distant from Boruto at the start, and though they work through some issues as the series goes on, there's still a gap between them, one that comes almost inherently when you consider that you have a lot to live up to when the series you're a part of is named after your Dad. Sasuke and Sarada have similar issues, despite Sasuke trying his best to be well-meaning.

Torn between duties (some they're obligated to do and others chosen) and fatherhood, it creates one of Boruto's most pressing themes: How do you nurture a new generation of kids without dooming them to repeat the past, especially since so much of the past is, well, still in the present? One of the interesting opportunities Boruto gives fans is the chance to see how things are passed down, specifically the iconic attack moves that delighted them so much in the original series. For instance, Boruto learns the Rasengan, an attack created by his father and passed down to Naruto by his mentor (and his father's ol' pal) Jiraiya. As a move, it tends to represent an achievement, a mastery over your ability to control your chakra. However, with Momoshiki's possession of Boruto, it's clear that commanding your own powers might take on a whole new meaning in the events to come. 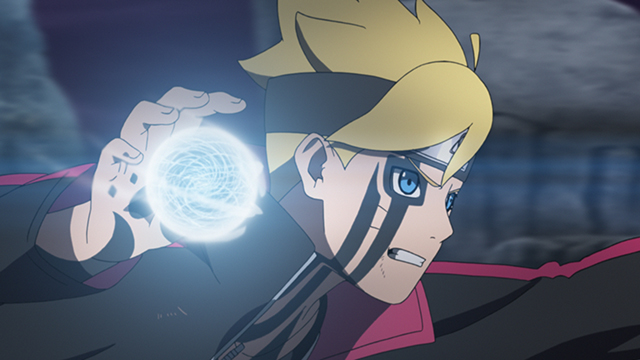 And then there's the Chidori, a move invented by Kakashi that comes with loads of baggage. Kakashi's character arc in Naruto and Shippuden is about coming to terms with his connections to others and confronting your past even when it hurts, so the Chidori's implementation tends to test your values in that regard. So it makes sense that Sasuke, a character who spends much of Naruto/Shippuden seeking a connection and purpose for life that is doomed in concept, would wield the Chidori.

At first, Sasuke refuses to teach Sarada the Chidori, not only because she isn't skilled enough to use it properly yet, but because of the aforementioned baggage. Sasuke's use of it in Shippuden coincided with his disillusionment with the Hidden Leaf Village, Naruto, and the way of the ninja itself. It's his trademark attack but his knowledge of it comes hand in hand with a past that he can't help but feel burdened with. It explains Sasuke's constant need to throw himself into missions and investigations. He is a man desperate to reconcile with his own deeds, to potentially balance out the damage he's done. He doesn't want that for Sarada until he's absolutely sure she can handle it.

This brings us to the fight with Boro, a member of Kara and a cult leader devoted to the Otsutsuki. As an antagonist, Boro symbolizes a kind of demeaning cruelty, eager to use people and turn them against themselves and their best interests. He remains obsessed with past indignations and sees Team 7 merely as a way to accomplish his goals. He is no rival to them. Rather, these children are less than human to him, husks to filter the plans of himself and Kara.

As such, their battle with him lacks any pretense of respect. He spreads his virus around Sarada and then punches her out of the air when she tries to escape. Later, he kicks Boruto up in the air just to punch him in the face as well. They are attacks meant to embarrass and wear down someone's will just as much as they're meant to hurt. So it's amazingly satisfying when Sarada, asking her father to give her strength, unleashes the Chidori on Boro. The Chidori, an attack that moves in a straight line that contrasts with Boro's humiliating approach, tears a gaping wound in him. Boro begins to mutate, meaning that the battle has not been won, but thematically, the tables have been turned: Boro, who spends so much time manipulating others can now barely control himself. 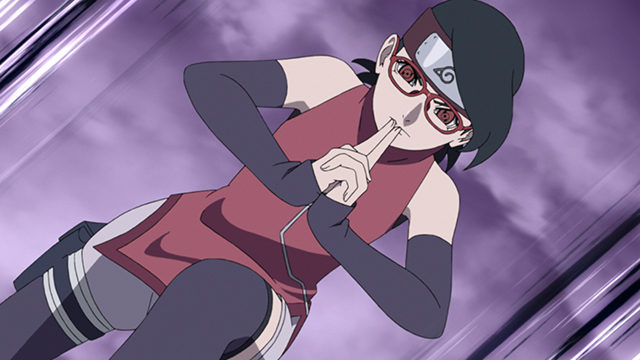 So what does all this mean for the franchise? The existence of the Boruto series itself means that outlandish ninja wars continue despite Naruto and his partners' best efforts. And the fact that Sarada has to, for the first time in battle, use the Chidori, means that they are still in a fight to keep their land and loved ones safe. But perhaps that's one of the core aspects of Boruto: No matter how much you try, the next generation will face some manner of problems, some of which will likely be similar to the things you faced while growing up. The best you can do is give them the tools and support necessary for them to thrive, even if one of them is as complicated as the Chidori.