FEATURE: How Do You Make A Genuinely Good Training Arc?

Let's explore one of anime's most maligned conventions! 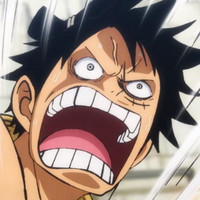 Hello everyone, and welcome back to Why It Works. As you may know, I’ve been blasting through One Piece’s Wano arc and just recently ran into one of anime’s most enduring tropes. In the wake of a tumultuous battle with the emperor Kaido, Luffy has come to accept that he is simply not strong enough to defeat his opponent. No amount of grit or gumption can overcome this hurdle; the forces against him are simply too powerful for mere effort to suffice. Instead, Luffy must do what all action heroes must in times like this: accept humility and get cracking on a training arc. 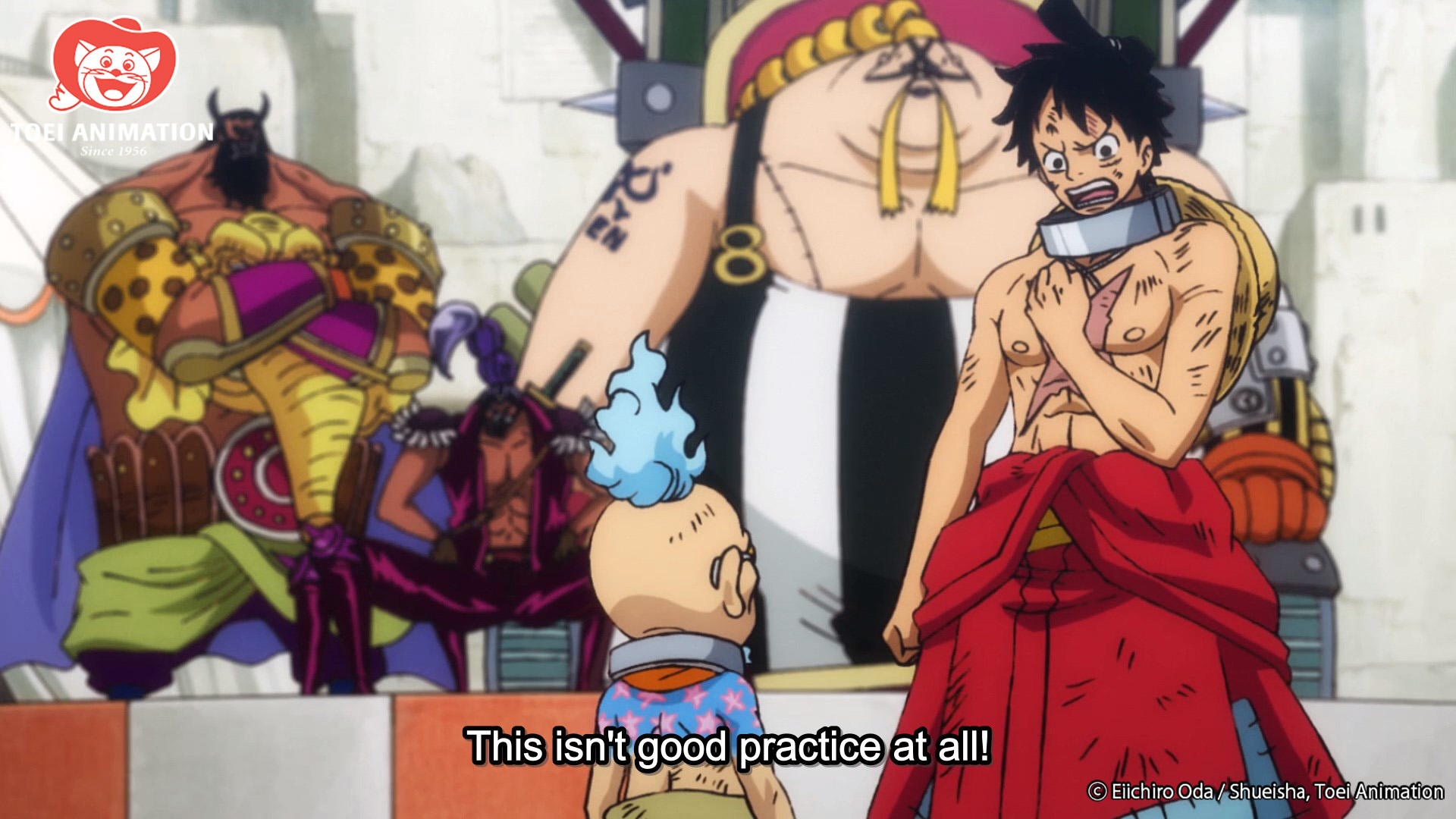 Training arcs are a natural consequence of anime’s long-term action storytelling. Rather than a single antagonist who represents a specific degree of challenge, long-running manga and anime are always presenting new antagonists, each of whom must feel more threatening than the last. Of course, each of these opponents must initially feel like an ominous, almost insurmountable hurdle, there’s no sense of danger or consequence otherwise. As a result, the heroes must scale up alongside their enemies — and the more convincingly this scaling process is conveyed, the more the audience will believe in its results.

So then, what makes a training arc convincing? One effective method is to embrace training not just as mechanical effort, but as a vehicle for personal growth. The best training arcs often reflect their participant’s nature in some fundamental way, as they tackle not just a physical regimen, but also their own emotional shortcomings. By challenging their fundamental weaknesses, characters can grow in ways that feel emotionally meaningful, thus making the acceptance of new physical strength that much easier. The most satisfying power upgrades generally don’t feel random — they feel like natural steps forward as a character grows into their most fully developed self. 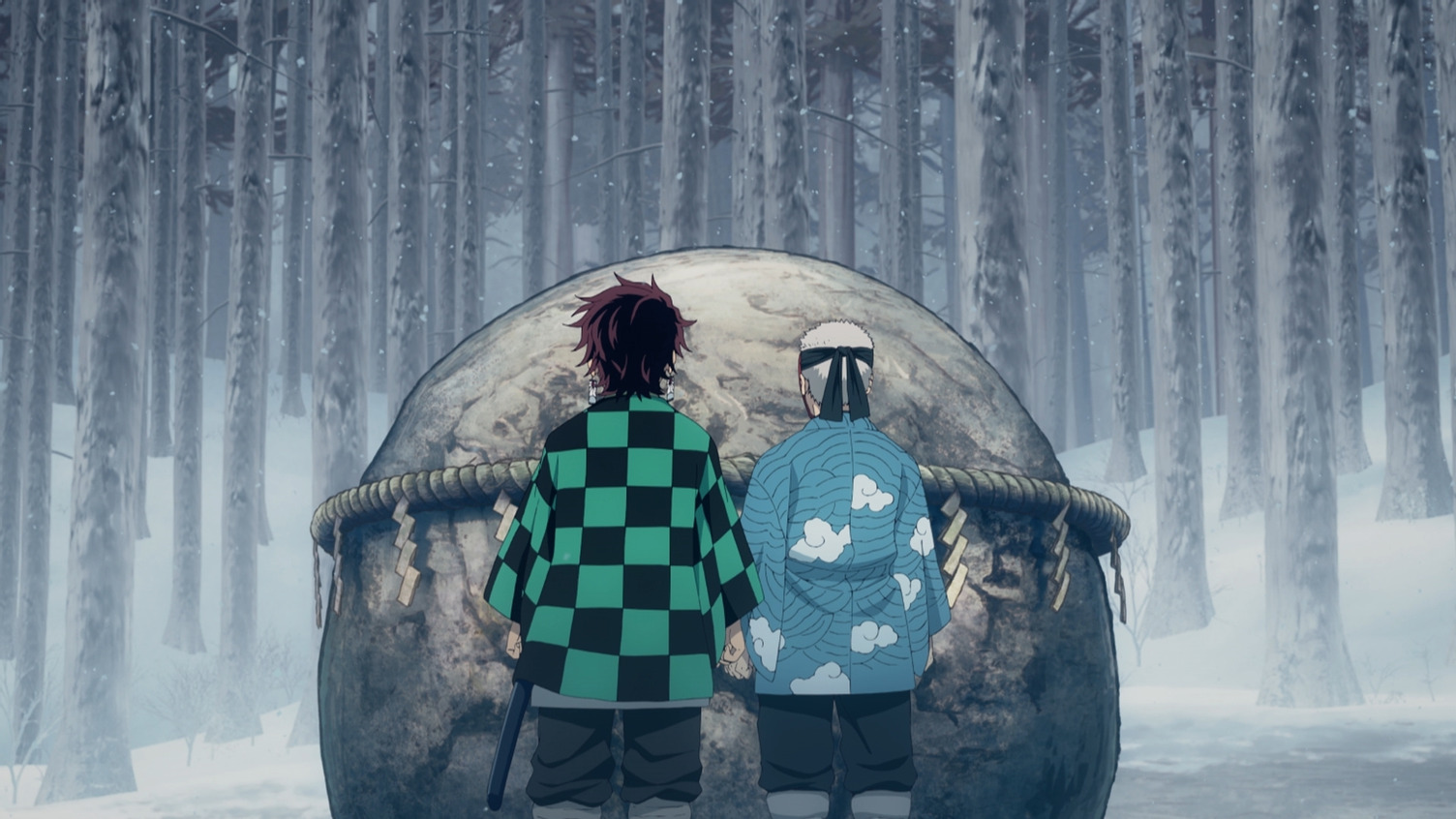 Effective training arcs also tend to encompass full narrative conflicts rather than simple repeated effort. With their comparatively brief running time, films frequently convey training arcs as simple montages of practice — in contrast, anime training arcs are stories unto themselves, requiring setup, conflict, and satisfying resolution. Just as the actual task of a training arc should reflect the character in question, so too should that task’s resolution feel dramatically earned.

“Earning” this resolution can take a variety of forms. Perhaps the character experiences a flash of insight during a moment of rest or remembers something a childhood mentor taught them or is pushed past a specific breaking point and into a new realm of strength. However it is illustrated, the important thing is the sense that this character actually overcame a challenge and gained an appropriate reward as a result. Feeling that an upgrade is “earned” by a character’s accomplishments is the difference between a powerup feeling arbitrary and meaningless or feeling logical and satisfying.

This might seem like a whole lot of rules to follow, but even within these constraints, training arcs can take a wide variety of forms. Sometimes these forms are a reflection of the show’s style or priorities, and sometimes they’re just up to author preference. Training arcs are ultimately a flexible shorthand for a wide variety of processes, so let’s break down just a few of the ways you can make your characters strong! 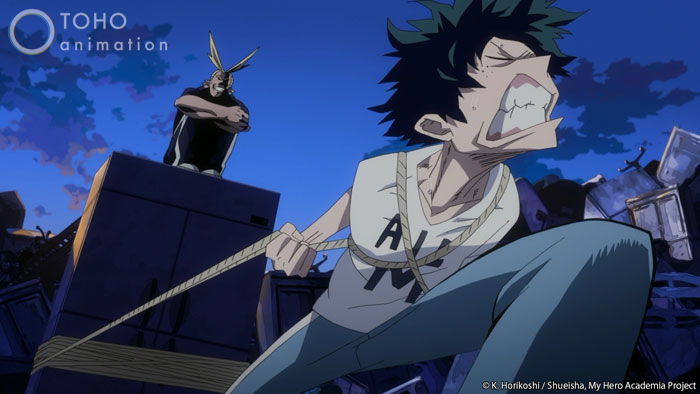 These training arcs are the most straightforward, embodying pure exertion as a route to greater strength. In these arcs, the hero is presented with a harrowing physical ordeal, be it in the form of an obstacle course, a gauntlet of opponents, or perhaps one unimpressed sparring partner. Rather than coming to some new kind of revelation through study or self-awareness, these training arcs beat growth into their characters one physical challenge at a time. Looking back over all the trials they’ve bested, it becomes easy to believe that a character has truly evolved under pressure. 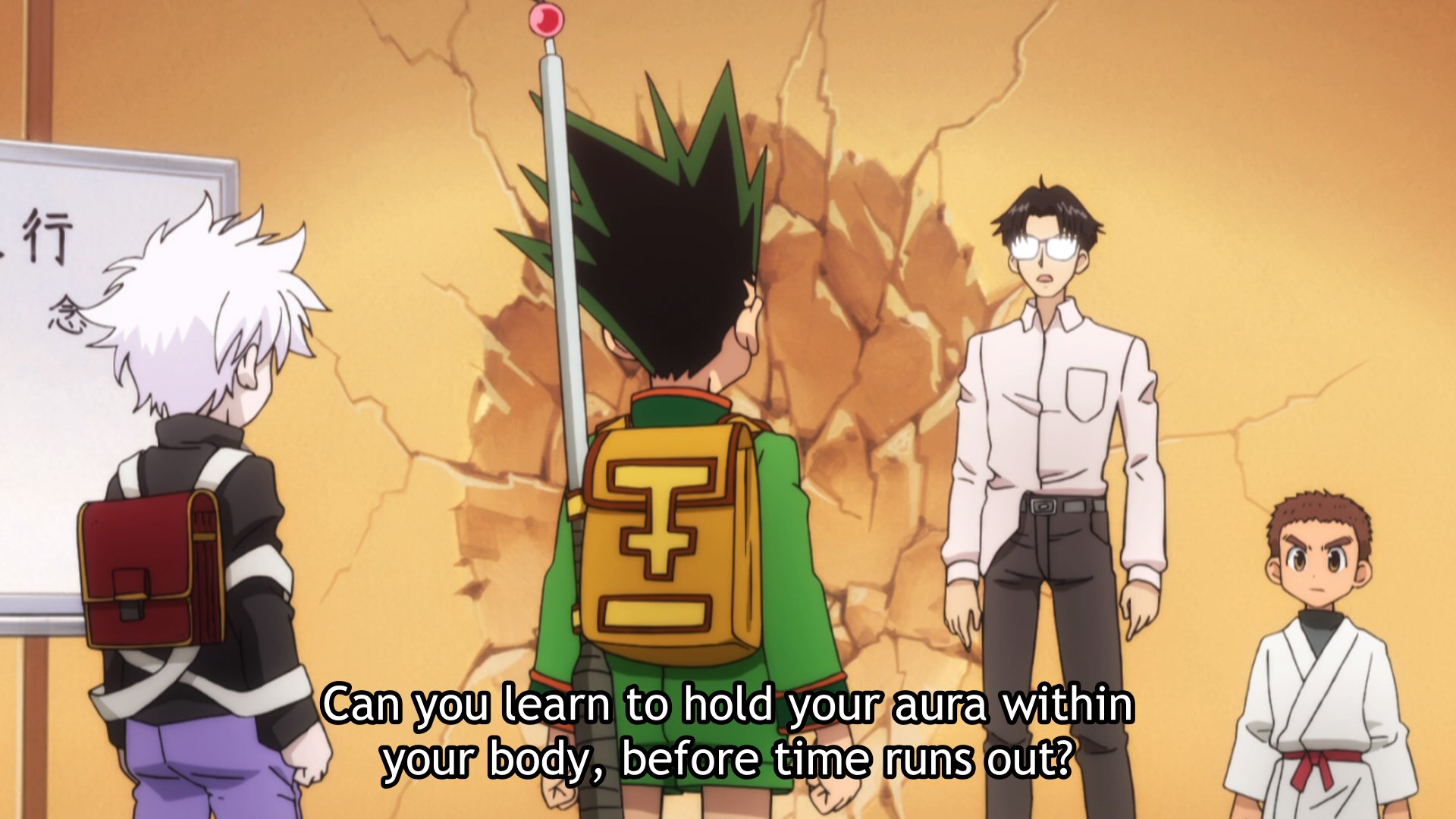 For this style of training arc, the hero is presented with some complex riddle to solve. Sometimes these challenges can take the form of an actual puzzle or device, but more frequently, they involve mastering a specific high-complexity technique. Training arcs like these are good for stories with a more intellectual or strategic appeal, as success implies the hero has grown in insight as well as strength. Hunter x Hunter delights in these sorts of training arcs, with its focus on the clearly defined “nen” power system facilitating all manner of puzzles to solve. 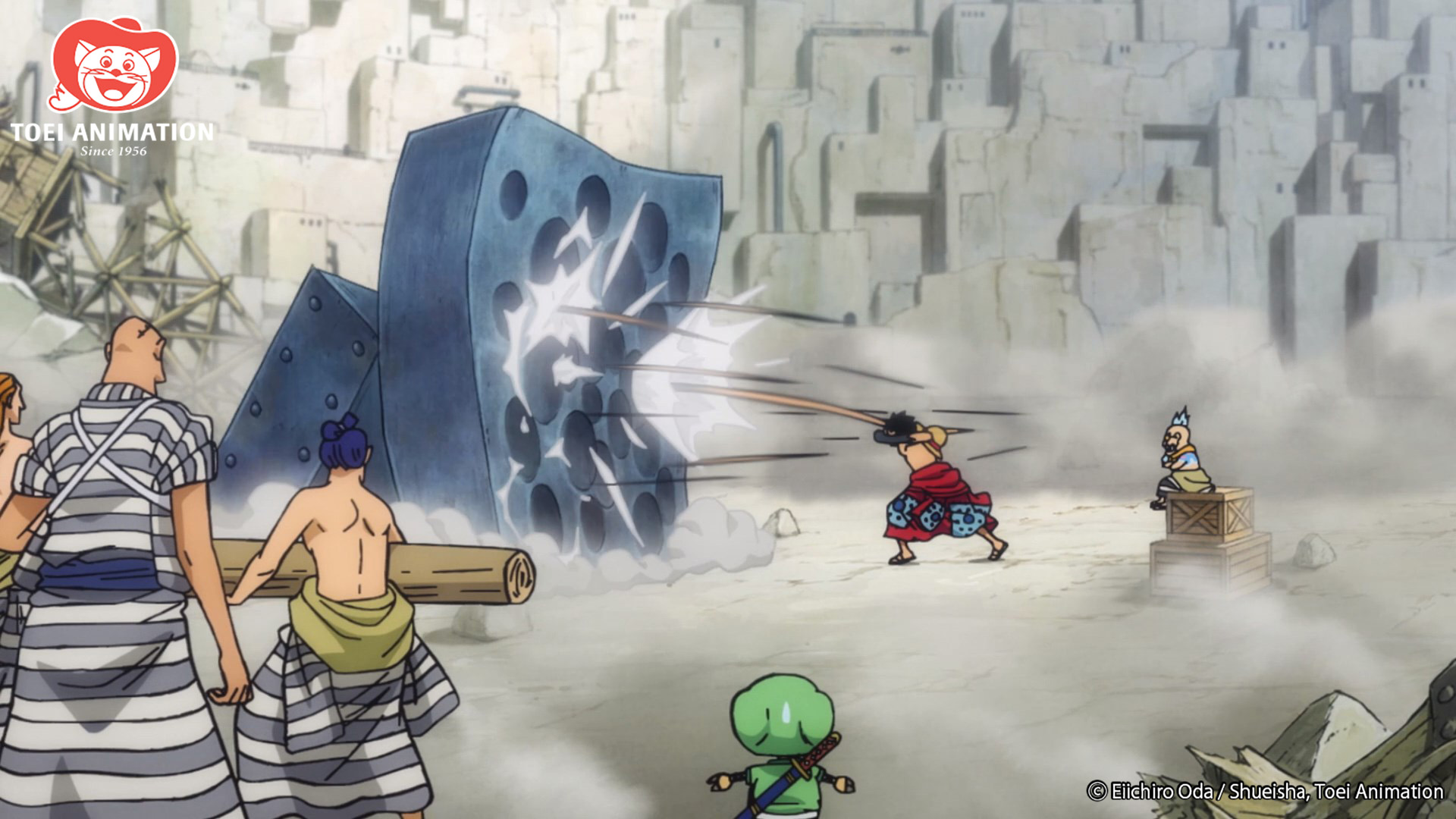 In these arcs, the challenge resides internally, as characters seek greater self-understanding in order to achieve a more elevated external self. Rather than relying on physical or intellectual challenges, these training arcs frequently present emotional challenges and task their participants with finding new truths about their own identity. Perhaps the protagonist must come to peace with some disappointment from their past or learn to accept a part of themselves that they’d previously discarded — or perhaps, when they dig deep down, they realize there was always a hidden type of strength waiting within them.

These examples are just a few of the many valid styles of training arcs. And of course, great storytellers tend to integrate character growth of this sort into larger ongoing conflicts, further mitigating the sense of training arcs as a “pause” from the actual action. Ultimately, the most crucial thing is that a story’s training arcs embody the same virtues of narrative design as the rest of the story; if the character’s growth follows a satisfying dramatic trajectory, even pure training can feel satisfying and fun.

I hope you’ve enjoyed this exploration of training arcs, and please let me know all your own favorite training arcs in the comments!