FEATURE: "WE ARE ONE" Refreshes One Piece's Most Historic Moments 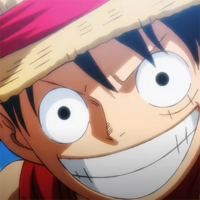 In Detective Comics #33, Batman's origin story lasts less than two pages. Fourteen comic panels, to be exact. Included among these, we see Bruce Wayne's parents for a grand total of four (only three of which has them alive), two are devoted to Bruce's decades-long quest to master his body and mind, three are spent with him brooding in his living room over what his costume should look like and the last one sees him as a full-fledged Caped Crusader. Since then, this iconic piece of comic book history has been partially or fully recreated in flashbacks (1989's Batman, 1995's Batman Forever, 2016's Batman vs Superman, The Dark Knight Returns,) grand narratives (Batman: Year One, 2005's Batman Begins,) and every manner in between.

At a certain point, to its devotees, fiction becomes mythology. The most powerful of these stories are inevitably retold or remixed because their relevance or their sheer emotional impact is far broader than just extending through the moment of their initial delivery. They don't just become great stories — they influence how we create stories. And we return to them with the knowledge that their imagery and arc is so familiar and yet so potent that it's connective in a way. There is indeed something comfortable in the familiar (and there's always a risk of tired repetition,) but there is also shared experience. A shared admittance of the power of storytelling. 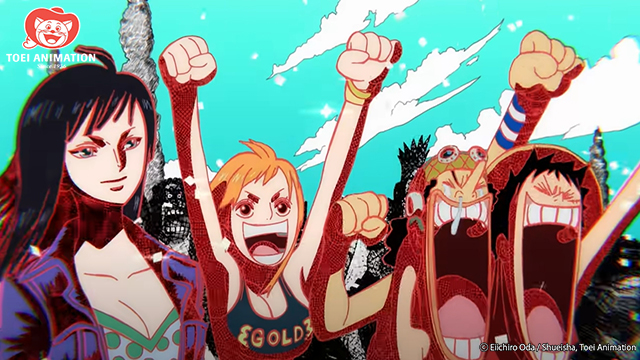 I think that's what makes the One Piece "WE ARE ONE" series so satisfying. Created to celebrate the release of manga volume 100 (in hilarious Eiichiro Oda fashion, his statement about the accomplishment was kicked off with worrying about your book shelf space,) each of the shorts is centered around a drama, one mirrored by certain scenes or themes in the One Piece storyline. For the characters in the live-action segments, the One Piece manga becomes a source of strength and motivation, allowing them to overcome workplace disputes, relationship troubles, childhood anxieties, etc. Capably directed by Mika Ninagawa, they are at their core, ultimate displays of sentimentality.

Their centerpieces, however, are the reanimated One Piece sequences. This is nothing new for the series. Whether it's the Episode of Chopper Plus: Bloom in Winter, Miracle Sakura, Episode of Alabasta: The Desert Princess and the Pirates or Episode of East Blue, the franchise often returns to its most hallowed of material. Whether it's to provide a sort of refresher course for new fans or to produce the equivalent of an anime Greatest Hits Collection ranges from project to project. What they all share, though, is that admittance I talked about: The acknowledgment of a story or a moment worth reliving.

That, in "WE ARE ONE," all of these reanimated segments — including Zoro and Sanji's team-up at the Davy Back Fight, Vivi's Straw Hat farewell, and Corazon's final, uplifting message to Trafalgar Law — are tied to a live-action human drama is doubling down on this message. One of the most delightful aspects of One Piece that I've found through being a fan of it is hearing how other fans became involved with it. You ask about it, and rarely do you get an "Oh, it just popped up and I watched it." Rather, the narrative is so lengthy and so emotionally involving that each, well, One Piece origin story, becomes a testament to how beloved the series is as a whole. Even the most simple tale of discovery becomes, again, one worth repeating.

It's something I don't really tire of, just as I don't tire of seeing something like a montage of Luffy inviting all of his crew members, even if I've read it in the manga, watched it in the anime, and seen it abbreviated numerous times in openings or flashbacks. You have Zoro's realization that he can finally become the world's greatest swordsman rather than an aimless bounty hunter or Nami's hidden feeling that she's found someone she can trust or Usopp's joy at the idea that perhaps all of his lies about becoming a great warrior of the sea can become true and many many others. I mentioned Batman's origin at the beginning of this feature because of how recognizable it is — it floats in the pop culture ether. For One Piece fans, these scenes are the same way. 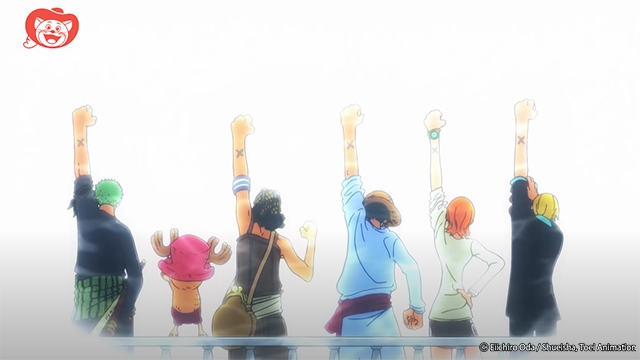 Reaching one hundred volumes of a story in an industry that requires such consistent work as manga is undoubtedly a feat. More noteworthy, however, is what "WE ARE ONE" celebrates: The fact that, over the last twenty-plus years, One Piece has amassed copious bits and moments that are distinct enough to remember, powerful enough to retell, and relatable enough to pair with drama featuring actual human actors without it feeling hokey or strained. The accomplishment lies not in the shelf space taken up but in the pages themselves, the declarations of hope, victory, and love. And in the idea of the Romance Dawn, not for One Piece's characters but for us, the readers and viewers who've joined in on the journey.