It's a natural fit for the genre 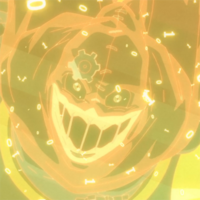 WARNING: SPOILERS FOR EPISODE 1 OF DIGIMON GHOST GAME AHEAD. WATCH IT HERE!

Since the very beginning, Digimon has been a franchise that's always played around with horror tropes, even when it hasn't fully leaned into them. From the obvious focus on giant monsters to certain recurring motifs in the various series — technology going haywire tends to be horror film shorthand for "There's a poltergeist in your house, bro," — the scary and the fantastical come naturally to it. The whole thing is built around the idea that the lines between our world and a digital one are blurrier than we could ever imagine, meaning that at any point, we could find ourselves launched into a land of giant laser beasts or have one launched into our existence.

Digimon Ghost Game takes a swing at a Digimon series that balances the genre the anime series is most known for (a coming-of-age drama) with a horror story. In the debut episode, a villain named Clockmon is using his powers to age unsuspecting victims, leaving them as helpless, withered piles on the floor. His notoriety precedes his appearance — from the early moments of the episode, rumors of a "holographic ghost" that might end you are spreading around the city. That the city itself is full of holographic art, used to promote, sell, and entertain, gives extra weight to the idea that there is a blipping, computer-ey monster about. Even if it doesn't necessarily scare us, it lends weight to the fear felt by the fictional people involved, for what is one of horror's greatest themes than normality flipped and turned against us? 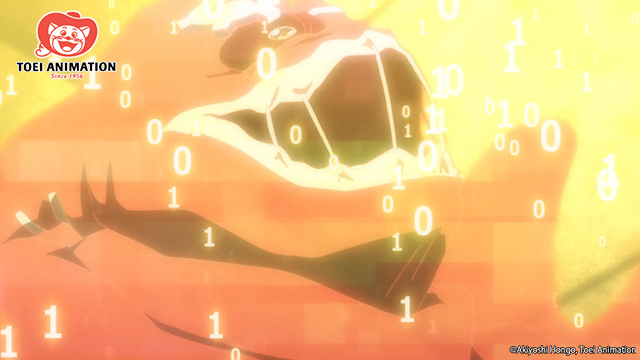 Combine this with the fact that the main protagonist, Hiro Amanokawa, is freshly dealing with the disappearance of his dad — a disappearance that only grows more complicated when a hologram of his father shows up to basically sit the adorable Gammamon in Hiro's lap, explain what the Digital World is, and peace out — and you have a pretty cool set-up for a Digimon series. As the first consecutive series in almost 20 years — Digimon Adventure: ended last week, and the last time we got back-to-back Digimon is when Tamers made way for Frontier in ... April 2002 — there's a lot of pressure on it to be different. Adventure: was a remix of the classic 1999 series, so after seeing so many homages and amped-up action sequences, it's cool to watch Ghost Game explore another part of the franchise that manages to feel natural.

Another exciting part about the series is that, by focusing on this subgenre, it allows for a cool array of monsters to be used. Ever since Devimon showed up in Adventure 1999 to menace kids and be cocky, we've seen all sorts of monsters that are inspired by spooky stuff ... or at least look like they'd be great Halloween costumes. From SkullGreymon to Bakemon to LadyDevimon to my boy Myotismon to even poor Pumpkinmon, there's a rich vein to draw from, and that's just from the first season. Even the final bosses of last season, Negamon and Abbadomon, felt extremely horrific, with an array of tentacles, eyes, and teeth that I can only describe as "too many." 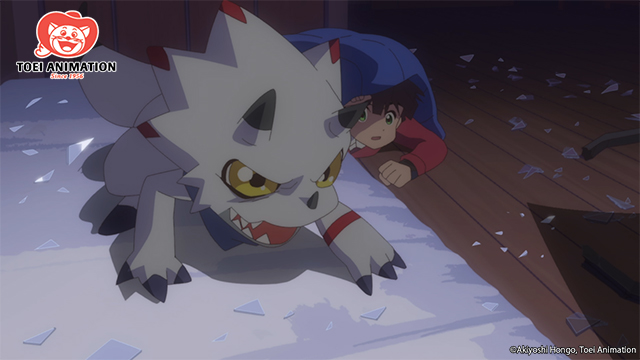 This is, of course, countered by cute little Gammamon, who doesn't get an evolved form in this episode. I'm sure one is to come, but for the purposes of the conflict here, I like the fact that they left him as a tiny Triceratops who's just really nice and scrappy. That kind of juxtaposition with the "sewn-lip man" Clockmon makes for a cool final battle between the two. On one side, you have an executioner attached to a giant clock who's turned two people into the closest thing a human body can be before it's dust, and on the other, you have a dinosaur that's about knee-high and never gives up. You immediately want to root for that second guy. How could you not? Digimon partners in their Rookie form have always combined "plush toy" with "action figure," and Gammamon is another fine addition to the legacy started by Agumon.

In short, like Clockmon deriving energy from those unlucky enough to come in contact with him, Digimon Ghost Game takes the horror aspects of the Digimon franchise and uses them to fuel it in a way that makes a series that's been around since the late '90s feel fresh once again. There's a lot left to cover, including Hiro's new friends and their own Digimon partners, and in next week's episode, Mummymon appears! Remember that guy? The one who spent most of Adventure 02 driving around with Arukenimon in their rad car? He's back! Oh, Ghost Game. You've won me over already.

Tell us your thoughts on this spooky new Digimon series in the comments!