FEATURE: Why One Piece's "We Are!" Is A Perfect Anime Opening

It's the first OP and possibly still the best OP 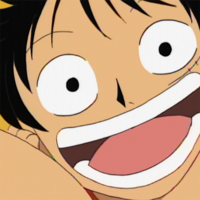 The drums kick in. A synthy rhythm blips in the background. A hand unravels a roll of parchment, revealing the tale of Gol D Roger's execution. It's not a true flashback, but rather a storybook set of three distinct images. Eight sentences are uttered and ships drop their sails, heading off into the vast oceanic unknown. This is the beginning of the first episode of One Piece and the beginning of One Piece's first opening "We Are!"

"We Are!" is a perfect anime theme. Crooned with effortless passion by Hiroshi Kitadani, it is more than a simple song but rather the closest thing One Piece has to an alma mater anthem. It encapsulates One Piece's vibe, its ambition, its state of dream-hungry grandeur. And most importantly, it manages to capture not just what One Piece is but what One Piece intends to be. 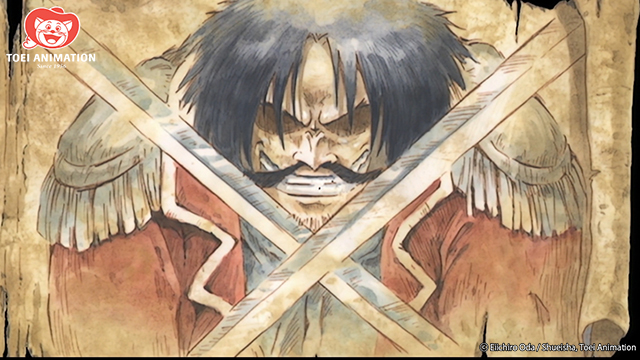 Its visuals are centered around basic series iconography — boats, the sea, Luffy and the Straw Hats, etc. — but they're constantly moving. The first time we see Luffy he's running toward the edge of a cliff, just for the purpose of jumping into the air. It's pure joy, matching Luffy's personality and matching One Piece's ethos that there is an inherent pleasure to be had in a life lived freely. Luffy does a lot of this in the intro: spinning, extending his arms, hanging upside down, punching. Aside from the few hints about a Great Pirate Era started to nab Gol D Roger's treasure, there's no explanation of what he wants to do. He's as loose as the breeze he flings himself into.

The first shots of the Straw Hats are similarly dynamic, each short moment is given a slight bit of movement from each character as they look toward the camera. More than anything, it's an acknowledgment of personality. Later in the episode, we see each of their gimmicks at work: Zoro uses his swords and Sanji kicks — and since it's early One Piece, Nami has her wooden pole and Usopp shoots harmless eggs at people — but I'd argue that the first glimpses are more important. The action shots are simply meant to assuage viewers that One Piece is, indeed, a fun action show with fun action-ey pirates. The pirates looking at the screen, sitcom-style, implies importance. This isn't just a supporting cast, but co-leading characters with their own narratives to live. 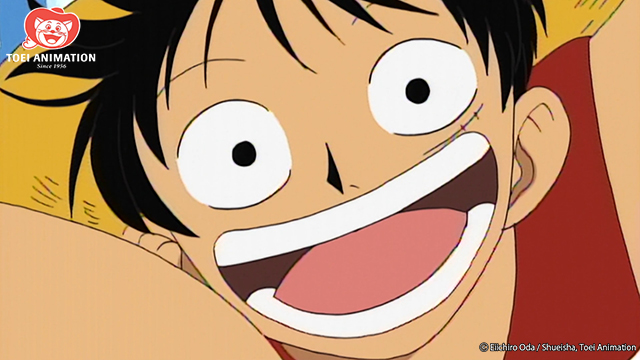 The villains to come are only shown in brief snapshots, their mystery left for when we actually encounter them. Most mysterious of all is Shanks, whose crew disappears into the background light. As we come to see in the anime, Luffy was inspired to head to the sea by Shanks, and the visual metaphor of the spinning hat appearing atop Shanks' head as he disappears into the unknowable is a great tease about the fantasy to come. The specifics of where they are heading cannot be discerned yet, but they are meant to be obsessed over and followed. Funnily enough, in the second opening "Believe," Shanks is shown coming closer to the foreground, telling audiences that, now that Luffy is on the Grand Line, the path Shanks took from the East Blue and beyond is a little more clear.

Even the title of the song "We Are!" is an invitation to the audience. Obviously, it's talking about the Straw Hats joining together on this adventure, and on a wider scale, serves as a mantra for all those that seek Gol D Roger's fortunes. But it also brings you in, as if by grabbing you with one of Luffy's long, rubber arms, to take you on the trip with them. You're "on the cruise" with the Straw Hats now. This is your own road to discovery as well, only you're doing it with the ins and outs of an epic fictional series. 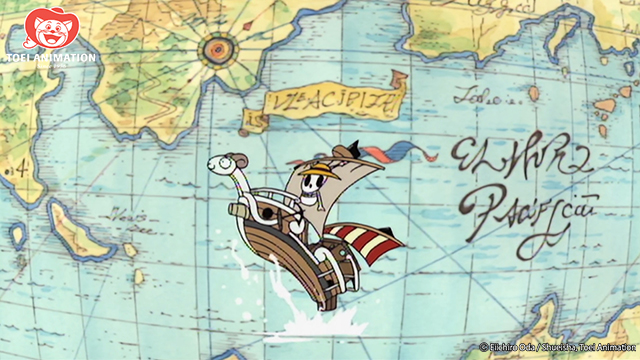 Finally, in such a simple opening (the weird powers and characters to come are nowhere to be found) it's funny that they have shots of sea monsters simply moving by. However, considering the nature of what's going on, a theme that the East Blue and the Grand Line are a place where the paranormal is so regular as to become normal is set up. These creatures exist alongside Luffy and the Straw Hats and whatever inane or domestic task they may be performing on the ship. The wonder of One Piece is learning that they cohabitate so comfortably. 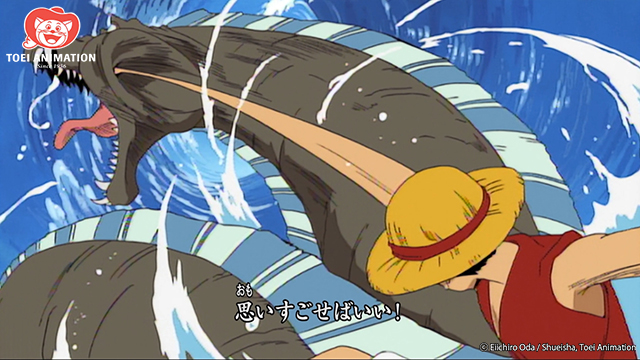 With nearly 1,000 episodes (and many more specials and movies) One Piece has had a lot of theme songs. But it's in "We Are!" that we find one of the greatest distillations of it. Some original anime openings for long-running series appear archaic in time as the shows shift and the characters grow. And while "We Are!" is smaller scale than the more explosive songs and visuals to come, it has not lost the essence of One Piece. The Straw Hats remain on an adventure and "we are" still on the cruise.