FEATURE: Catch Up To One Piece Episode 1,000 In Under Five Minutes 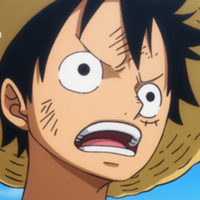 So, we’re almost there. One Piece Episode 1,000. A huge accomplishment, made possible not just by Eiichiro Oda’s creativity and storytelling longevity but because of a fanbase that’s seemingly only grown bigger and more dedicated with time. And now, in the chaotic mix of the Wano arc, we’ve hit an episode number that is a testament to the passion of a creator, those who work on adapting that narrative into an anime, and One Piece’s many, many supporters. It’s a big deal.

However, let’s say you missed out on some things, or perhaps want a refresher course on the ins and outs of One Piece before you jump into Episode 1000. No shame in that. There’s a lot going on! You don’t get to Episode 1,000 without a few (dozen) plot threads. So, to help you out, I’ve written a little explainer to get you where you need to be before you hit that simulcast on November 20, 2021, and relish the glory of One Piece’s newly attained four-digit episode count.

SPOILERS AHEAD. CHECK OUT THE EPISODES LINKED IN THE ARTICLE IF YOU WANT TO SEE HOW THESE EVENTS TOOK PLACE IN GLORIOUS ANIME FORM.

So, this is Monkey D. Luffy: 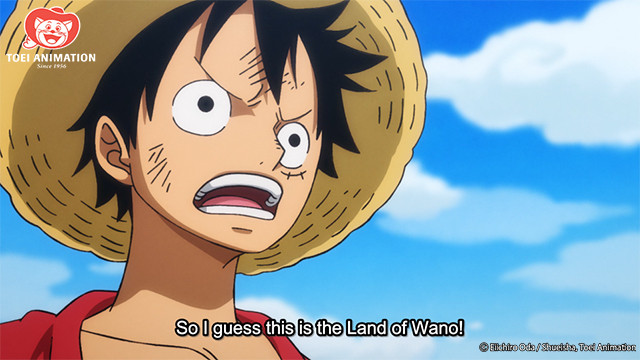 He wants to be the King of the Pirates, inspired not only by former Pirate King Gol D. Roger but by his mentor/cool uncle figure Shanks. He’s eaten something called the Gum Gum Fruit, a Devil Fruit that allows him to stretch his limbs like rubber. I know, it sounds bizarre if you’ve never seen it but it’s pretty rad when put into action. 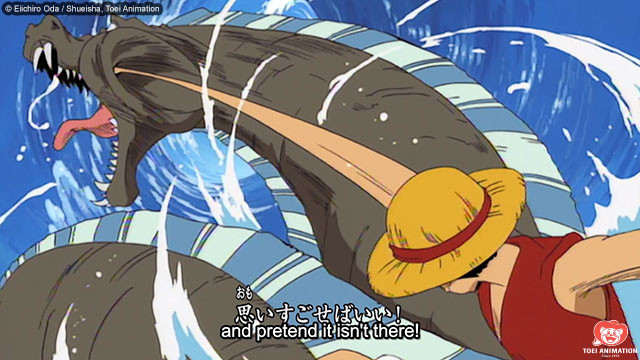 However, you don’t get to be the Pirate King without a solid crew. One Piece is all about surrounding yourself with the people that will love you and push you to follow your dreams and Luffy has gathered up a group of like-minded characters called the Straw Hat Crew. There’s his swordsman/first mate Zoro: 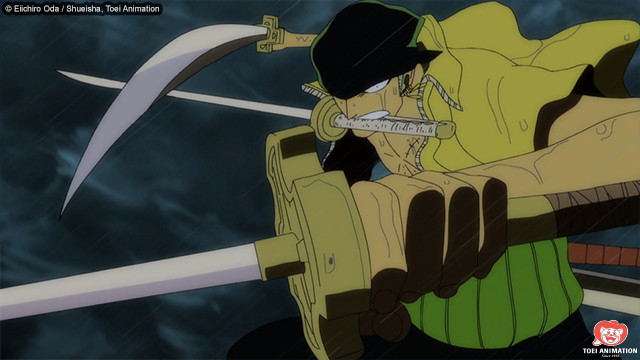 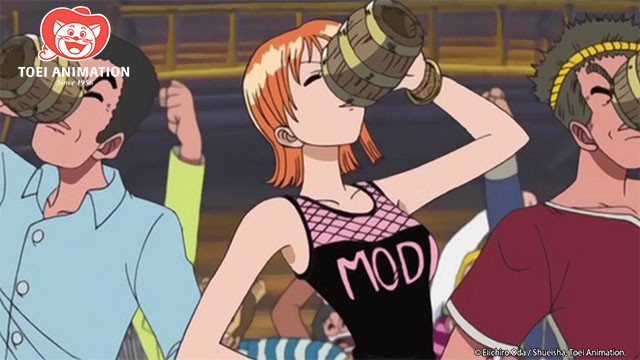 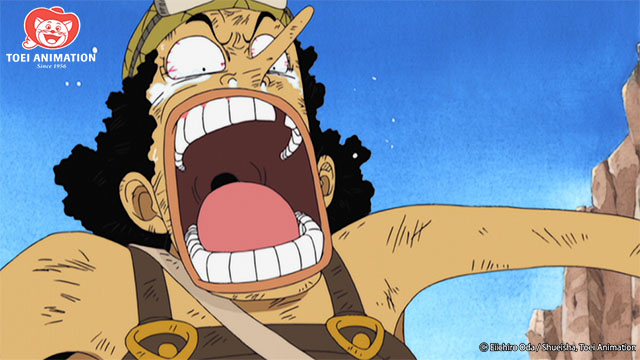 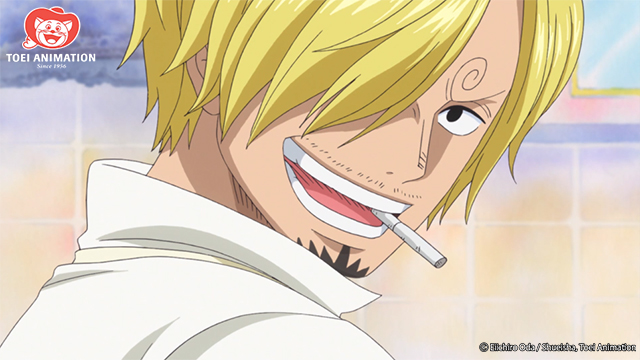 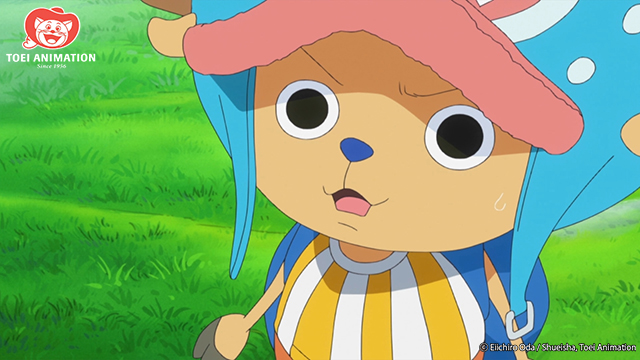 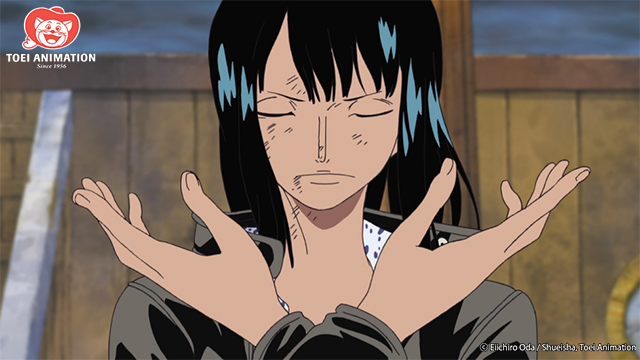 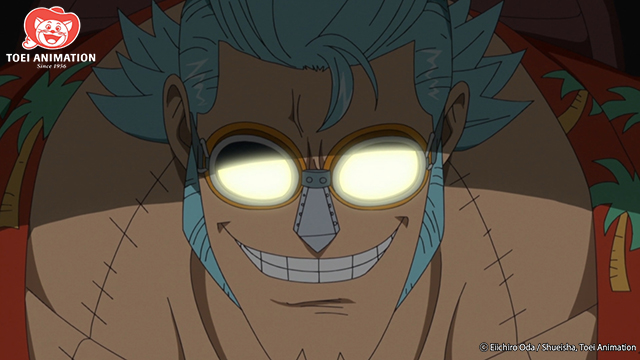 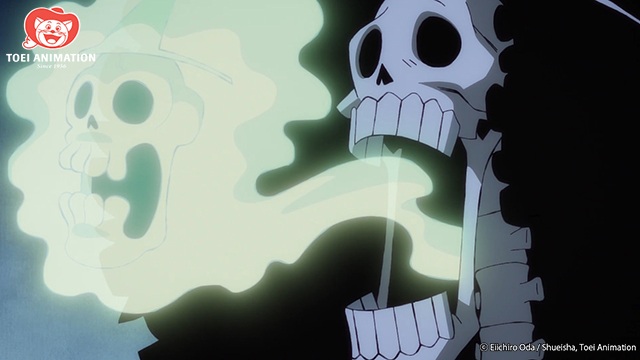 And finally, his helmsman Jimbei: 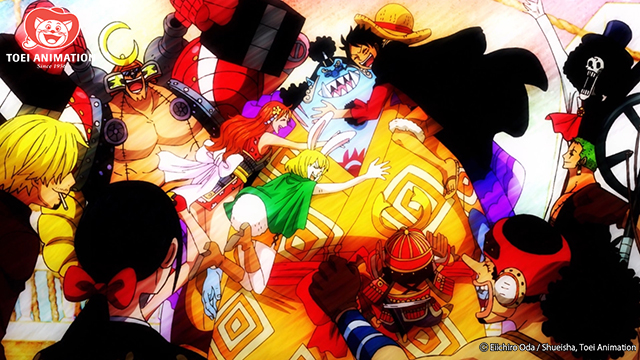 Together, along with various supporting figures, they not only help Luffy achieve his goal, but each follows their own distinct dreams. Along the way, though, they run into some nefarious characters. In a sea full of powerful pirates wielding all sorts of fantastical Devil Fruits, you’re bound to run into a few bad eggs. And the main bad egg of Wano is Kaido: 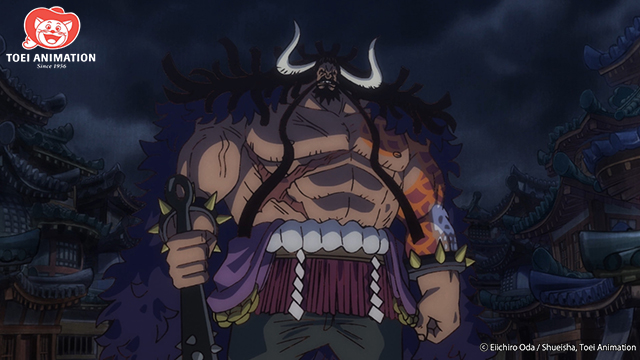 Deemed an invincible, unkillable force because of his history of, well, not being killed, Kaido ate the Fish Fish Fruit: Model Azure Dragon, which allows him to transform into a massive, devastating dragon. It helps him to not only remain as one of the “Emperors” of the sea but to rule Wano with an iron fist, all while his people suffer and starve. Among his top “All-Stars” are King: 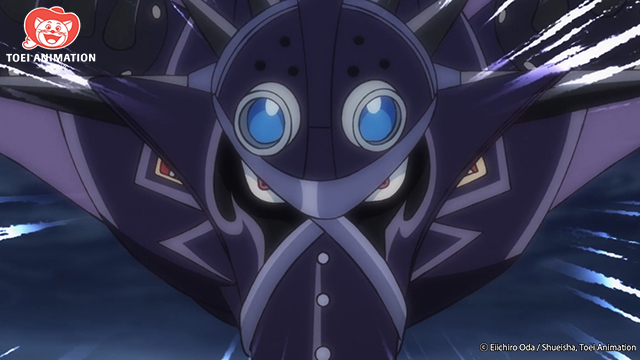 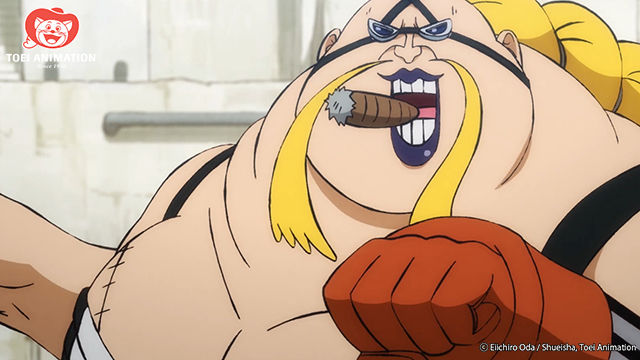 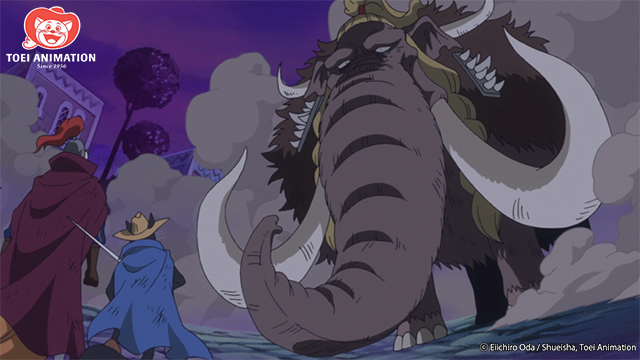 He also has his Tobi Roppo: 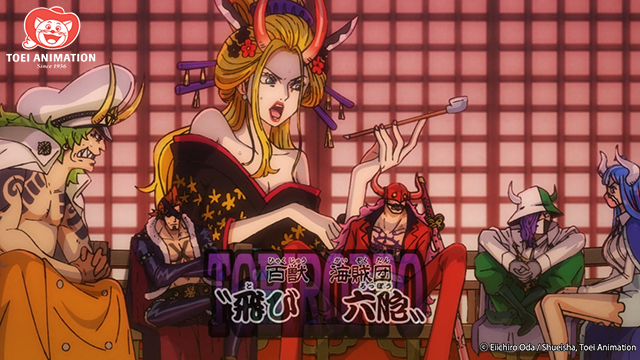 And various other underlings, notable pirates like Basil Hawkins: 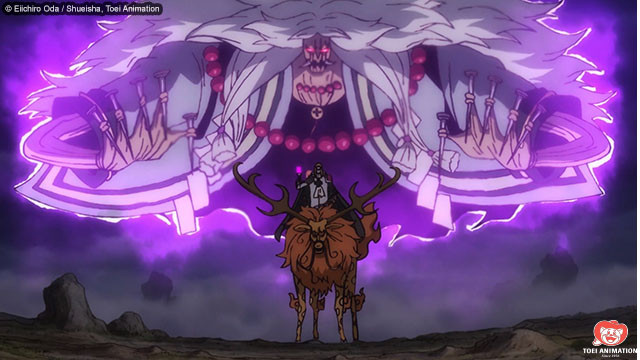 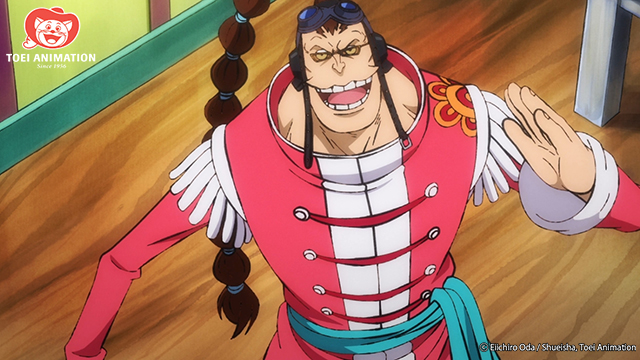 But he didn’t come to rule Wano out of nowhere. In fact, Kaido and the recently decapitated Orochi: 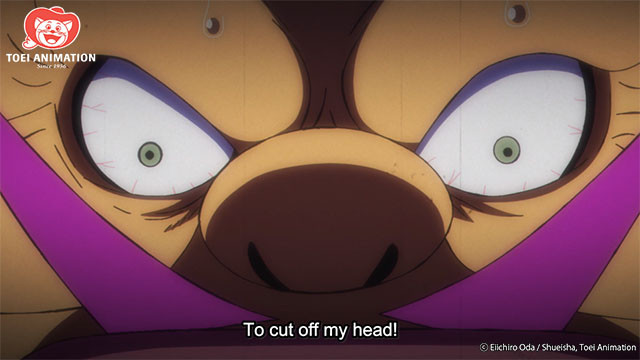 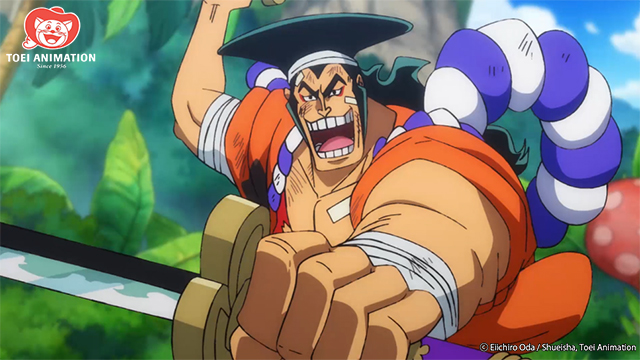 Oden intended to become Wano’s Shogun and open up its borders but when he returned from traveling the sea with the likes of Whitebeard and the Roger Pirates, he found that Kaido and Orochi had effectively tried to turn Wano against him. Kaido and Orochi blackmailed him into performing an embarrassing weekly ritual so that they wouldn’t harm Wano’s citizens. Eventually, Oden fought back and it was pretty awesome:

However, Oden was once again manipulated and later put to death: 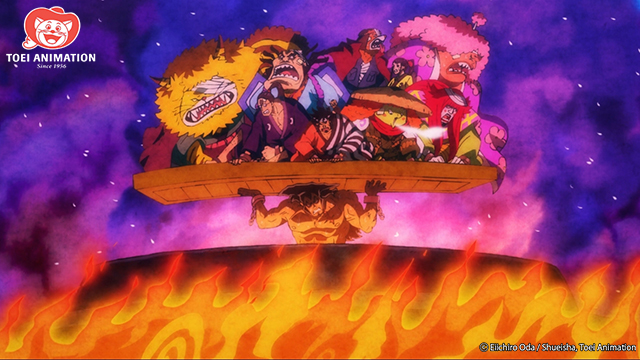 This was a major blow, not just to the future of Wano, but to Oden’s entrusted friends and allies. Named the “Akazaya Nine,” these retainers fought alongside Oden and pledged loyalty to him to the death. After Oden was executed, some were sent 20 years into the future by the Devil Fruit power of Oden’s wife, Toki, in order to find the allies necessary to take down Kaido for good. To make matters worse, it appeared that Kanjuro was working for the enemy, giving inside information to Orochi and helping to undermine the “secret” plans of those working to oppose Kaido.

Members of the Akazaya Nine would come across the Straw Hat Crew, and after a ton of adventures, they finally made their way to Wano. But those adventures came with a price. While saving one of his crew members, Luffy made an enemy of Big Mom: 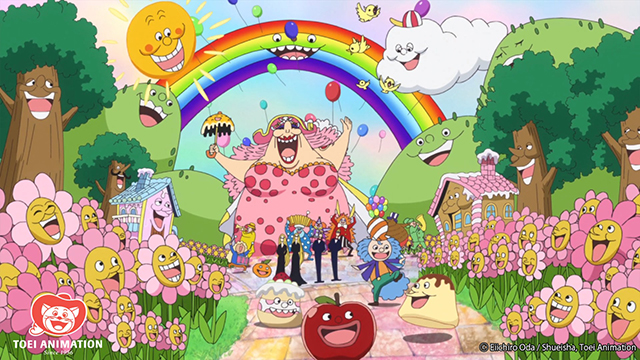 An Emperor of the Sea who, feeling disgraced after being embarrassed by Luffy, decided to pursue him to Wano. There, she clashed with Kaido:

She eventually teamed up with him. Now they stand in Onigashima, recognized as perhaps the two most powerful pirates in the world. They seem unstoppable.

There is still hope. Not only does Luffy have his Straw Hats, he’s also amassed some important allies. There’s Momonusuke, Oden’s son: 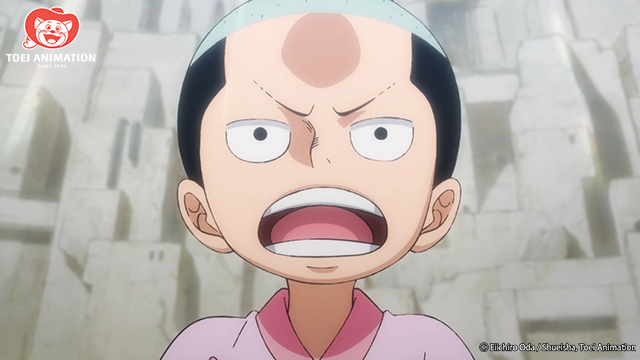 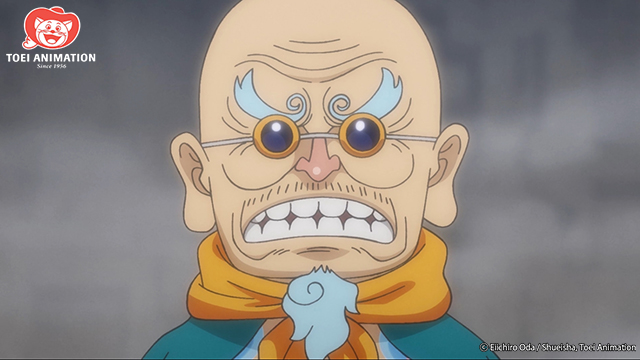 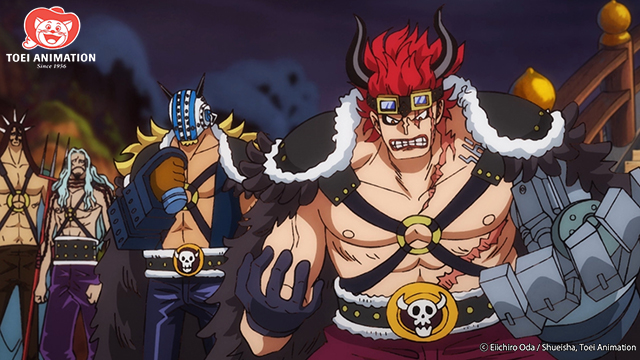 And then there's Trafalgar Law, who was the guy who told Luffy about the whole plan to take down Kaido in the first place: 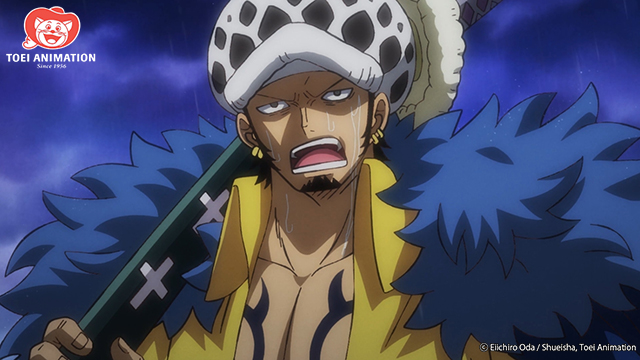 Recently, Luffy has even met Kaido’s son, Yamato, who’s inspired by Oden and wishes to rebel against his tyrannical father: 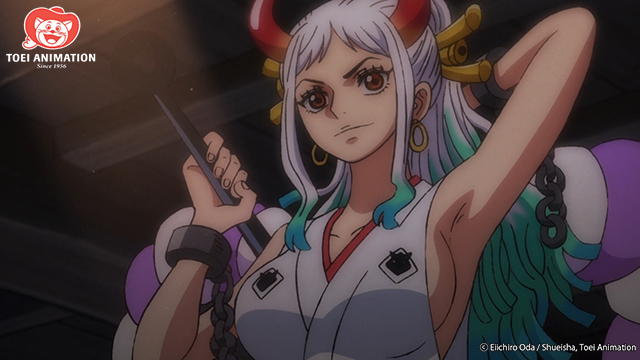 Now, Luffy and all of the people that believe in the dream of a free, fruitful Wano storm into Onigashima and into Kaido’s stronghold to do battle with the overwhelming forces of an Emperor (or two). Will they win? Who knows! Will they do everything they can in an inspiring act of courage? Come on. This is One Piece. You know it.