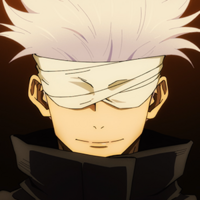 After much anticipation, JUJUTSU KAISEN 0 was released in theaters outside of Japan and made a huge splash with the return of Tokyo Jujutsu High School sorcerers. Crunchyroll had a chance to interview series director Sunghoo Park back when the series was first airing, and recently followed up with him to ask some questions about his latest theatrical work. We speak with Park about how he adapted the JUJUTSU KAISEN series to the big screen, his favorite scenes to animate, Gojo's eyelashes and more!

You mentioned that during the making of the movie you chose the viewing angle to be cinema-sized. Was there anything you learned while making the movie in that format that you did not know when making the JUJUTSU KAISEN TV anime?

Sunghoo Park: First of all, the cinema-sized angle allows us to increase the amount of information in the background and surroundings, and we can depict them more realistically, which is a great advantage. When I created this film, I made it with the intention of presenting Tokyo Jujutsu High in a solid image, and when I actually saw the film in the theater, I was surprised to see how spacious and beautiful the school was.

Many of the animators were not accustomed to drawing pictures in a cinemascope frame, which was a challenge, but the cinemascope size, which is unique to theaters, allowed us to show the wider scenery and backgrounds more beautifully, and I felt satisfied that I was able to deliver to the audience the world of JUJUTSU KAISEN that I wanted to show them.

Park: What I have learned from the reactions to the TV series is that fans are emotionally invested in, and love, a variety of characters, even those who are not the main character or main focus of the series. I also learned that this is truly the power of anime.

When producing the theater version, I was determined to get emotionally involved with the various characters. In particular, in the scene between Gojo and Geto at the end of the story, I tried to imagine what Gojo would do and I actually acted out the scene myself, which eventually led to that scene. These were the challenges I took on for the theater version and what I tried to do in order to create a better piece of work.

What is one thing about making the JUJUTSU KAISEN 0 movie you would like fans to know about the most? Is there anything in particular during the production of the movie that stood out to you?

Park: What I want fans to know most is that everyone involved in this work, including the various staff members, the production team, and the production committee of JUJUTSU KAISEN, truly loves this work. Everyone's "love of Jujutsu" is very strong, and I believe that the fact that everyone is united in their love and enjoyment of making this work is surely the reason why the audience thought it was a good work and enjoyed it so much.

It is a funny story, but all of the production staff members had so much love for each character that each of them sometimes interpreted and expressed their favorite character in their own way. I particularly remember that with Gojo and Fushiguro, we noticed that their eyelashes were growing longer and longer, and in the end, we had to match them precisely to the character settings (laughs).

What was the most exciting scene to animate in JUJUTSU KAISEN 0?

Park: The most exciting scenes were the action in the second half. All the action scenes in the second half were exciting, as were the scenes featuring Gojo, Okkotsu, Geto, and Rika. When the movie was released in Korea, I saw the reactions in the local theaters and many people said that seeing the movie in 4DX was the best experience. I haven’t had a chance to experience it myself, but I think the action scenes were so exciting for the audience that it made them want to watch it in 4DX. If I had to pick one, I was very pleased with the fight scene between Okkotsu, Rika, and Geto.

Park: I never imagined that JUJUTSU KAISEN would be so popular around the world and I am just happy to see it. I am filled with gratitude. I am very happy and grateful for your continued support, not only for the anime but also for the original work.