"Persona 4 Arena" Gets Dated in North America and E3 Trailer

Atlus confirms inclusion of both Japanese and English voices 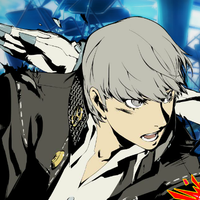 In a series of tweets tonight, Atlus USA has decided to drop a number of pieces of news regarding the upcoming Noth American release of Persona 4 Arena (aka Persona 4 The Ultimate in Mayonaka Arena) leading into E3. First, Atlus has confirmed the previously rumored date of August 7th, 2012 for the game's official release date. Also, in a move that will make many happy, Atlus has also confirmed that the game will contain both the Japanese and English voice tracks. Finally, Atlus has posted the E3 trailer for the game, a version of one of the Japanese trailers dubbed in English. Watch the E3 trailer below: