5 voice actresses from "The World God Only Knows" 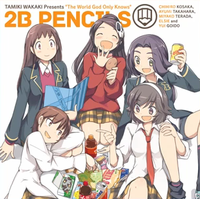 2B PENCILS is a girls band appears in Tamiki Wakaki's popular manga series The World God Only Knows and its anime adaptations. As a real band featuring the five voice actresses of the anime series, they will release first full album titled "2B PENCILS" on December 11. The five featured characters who sing for the album are Chihiro Kosaka (CV: Kana Asumi), Ayumi Takahara (Ayana Taketatsu), Elsie (Kanae Ito), Miyako Terada (Nozomi Chikamura), and Yui Goido (Ayahi Takagaki). The music itself is performed by the real band musicians listed below. The CD cover art is newly-drawn by the original manga creator Tamiki Wakaki. The first limited edition comes with a guitar pick and a pencil. Check the audio preview below for their songs.

2B PENCILS BAND are: 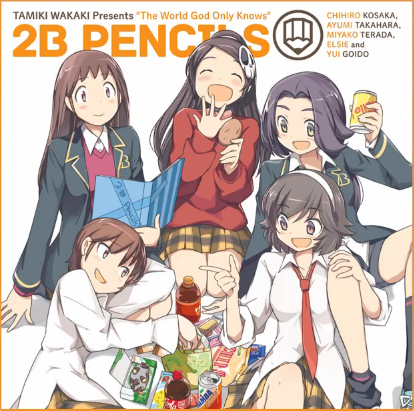