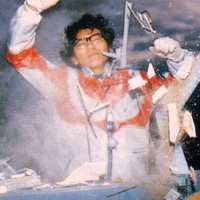 October's 27th edition of Tokyo International Film Festival announced plans to present “The World of Hideaki Anno," the first-ever major screening showcase of the Evangelion creator's works. A complete list of 50 of Anno’s work from student films and promo videos to TV programs and theatrical features to be screened will be announced in a late-August press conference.

From the event's English page:

Toshio Suzuki, the producer of Studio Ghibli, who collaborated with Anno for a number of works, described Anno as the only man Hayao Miyazaki would ever acknowledge as his apprentice. “Anno always brings back memories of the time we created Nausicaä of the Valley of the Wind. As soon as we agreed that he’d work on the God Warrior character, he came to our studio and never left until the work was completed, sleeping under our desks!” he reminisced. “That was three decades ago, and there is no one in Japan now who doesn’t know of him.”

Japanese animation—one of the powerful contents in the Cool Japan project—will be one of the highlights at TIFF this year. And “The World of Hideaki Anno”, the first-ever collection of works by Hideaki Anno, will be at the core of that initiative.