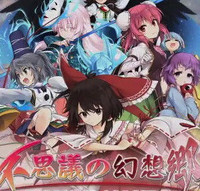 A release date was announced for Mystery Gensokyo: The Tower of Desire, a Touhou Project roguelike by Aqua Style that was inspired by the Mystery Dungeon series. The game will be available to download on PS Vita in Japan on June 25 for ¥4,000 ($33), with a limited physical edition available via doujin shops for ¥8,000 ($67).

Bonuses for the limited edition include a download code for the game, an art book, smartphone stand, Mystic Gift Disc music and voice drama DVD, and a custom PS Vita theme.

Here's a look at Mystery Genokyo in action from a Nico stream: