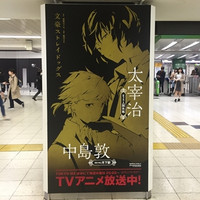 To promote the broadcast premiered last Wednesday, 2 meter tall posters featuring the characters from the Bungo Stray Dogs TV anime are now displayed in the central passage of The JR Ikebukuro station in Tokyo for one week from today. The 12-episode first season of the TV anime premiered in Japan on April 6, and its first episode has also streamed on Crunchyroll for members worldwide except for Asia. 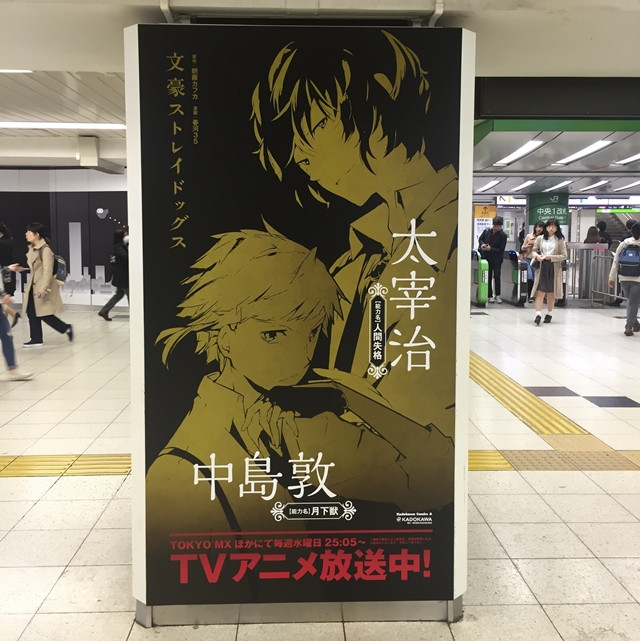 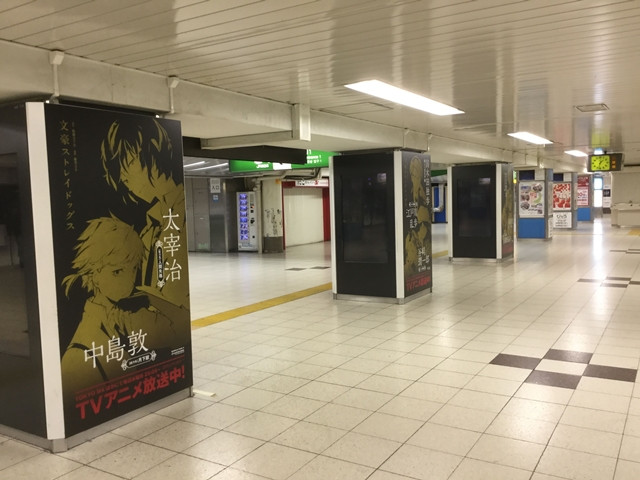 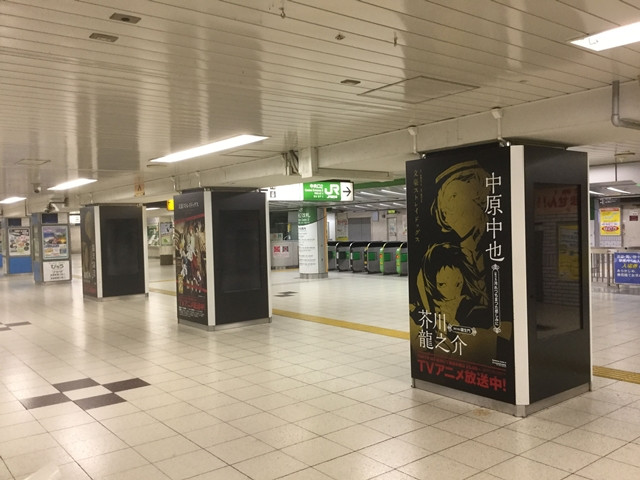 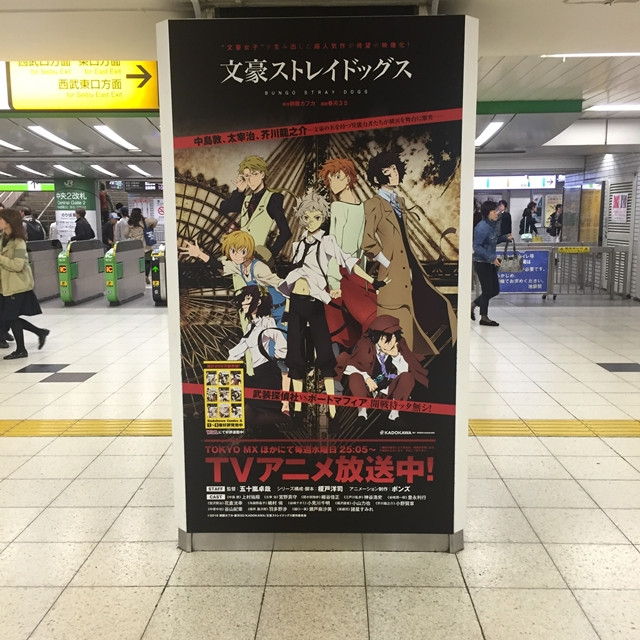 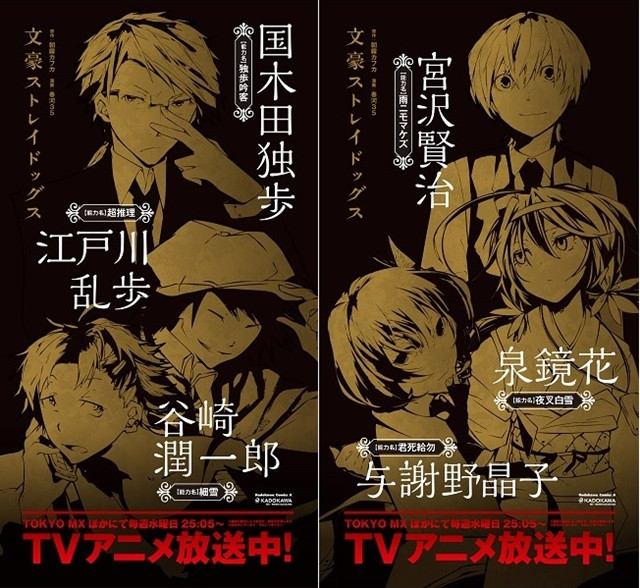 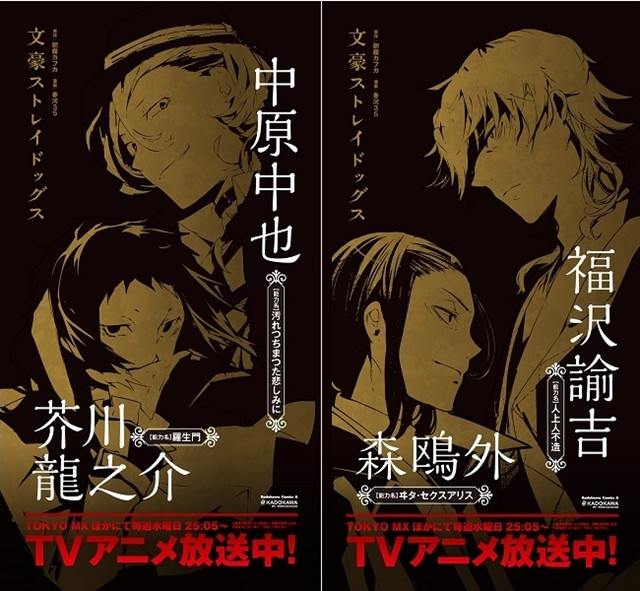