Release planned for next spring 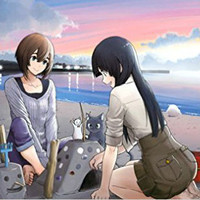 Our latest acquisition is...
Flying Witch